This weekend, like many of you, I’ll be attending the Left Coast Crime Convention in Sacramento, and one of the two panels I’ll be sitting in on is all about noir.

I find this somewhat amusing, as I don’t really write noir.  I skirt the edges sometimes — ASSUME NOTHING, my latest novel, comes the closest to making the noir grade, as I perceive it — but I don’t “do” noir.  And this isn’t by accident. 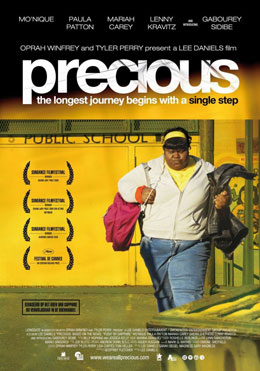 Not so long ago, I did something I really didn’t want to do: I watched the movie Precious.  Lord knows I’d tried to avoid it; critical acclaim or no, any film about a poor, obese, teenage black girl growing up as the live-in slave of an equally obese, abusive, welfare-queen mother has to be the cinematic equivalent of root canal surgery, right?  Why would I ever want to subject myself to that kind of misery?

Well, surprise, surprise — the film was brilliant.  Well written, smartly directed, and performed by a cast of actors deserving of every accolade and award nomination it received.  In short, I’m glad I saw the movie.

But yeah, sitting through it was a living nightmare.

In part because its subject matter was cringe-inducing, yes, but mostly because it was real.  The people who made this film — and I would assume this is also true of Sapphire, the author of the book upon which the film was based — didn’t pull any punches.  Hell, no.  They took a story dealing with some incredibly sordid characters and situations and presented them in all their horrific, obscene, and gut-wrenching glory.  It could be argued that the language in Precious alone should have earned it an NC-17 rating.  I mean, nothing Linda Blair ever regurgitated in The Exorcist comes close to the bile that comes out of the mouth of Precious’s mother, in particular, throughout the course of this film.

And all for only one reason that I can imagine: authenticity.  A commitment to depict these people exactly as they would appear in the real world, grotesque warts and all.  Choosing to hew this close to the ugly truth could not have been an easy decision; the filmmakers had to know that doing so would cost them a sizable part of the crossover audience movie studios so covet.  Yet they held to their convictions and did it anyway, trusting that the quality of the film would win out over the criticisms it was bound to receive for its almost unrelenting darkness and vulgarity.

So what does any of this have to do with my aversion to noir, you ask?

Well, only days before popping Precious into the ol’ DVD player, I’d finished reading my first Richard Stark (aka Donald E. Westlake) novel, THE HUNTER.  Following my reading of James Crumley’s THE LAST GOOD KISS, this was Step Two in my ongoing effort to finally read masters of the mystery/crime/espionage genres I should have read a long time ago (Ian Fleming, George V. Higgins, Rex Stout, etc.).  I had a particular interest in THE HUNTER — one of a series of books Stark wrote about a ruthless professional thief simply named “Parker” — because it served as the basis for one of my all-time favorite movies, 1967’s Point Blank, starring Lee Marvin. 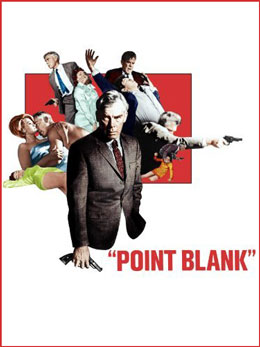 In the film, Parker (renamed “Walker” for some odd reason) is a single-minded, sociopathic killer relentlessly blasting his way through the Mob in order to get somebody, anybody to pay him the $93,000 they owe him.  Walker is also driven by revenge — his former partner double-crossed him, stole his wife, and left him for dead in the aftermath of a heist, then used Walker’s share of the take to buy his way back into the Mob’s good graces — but his primary interest is recovering his money.  Because it’s his money, he earned it, and he wants it back, goddamnit: $93,000, not a penny more and not a penny less.

(Of course, were the film remade today [as it was earlier in the form of the 1994 Mel Gibson stinker, Payback], Walker would find his motivation in the fact that his backstabbing partner, who raped and killed Walker’s parents and kid sister fifteen years before, is now holding his wife and two children hostage in an impenetrable Mob fortress guarded by an army of ex-Special Ops psychopaths blah-blah-blah-blah-blah…)

I’d been warned by fans of Stark/Westlake that Point Blank’s Walker, as cold and violent as he was as portrayed by Marvin, paled by comparison to THE HUNTER’s Parker, so I was prepared to meet a somewhat less likable protagonist.  But damn!  Parker makes Walker look like a Salvation Army Santa Claus.  It isn’t so much that the body count in THE HUNTER is higher than it is in Point Blank, it’s the ease with which Parker adds to it that makes for such a jarring contrast.  Parker may only kill those who “need” killing in THE HUNTER, but it doesn’t take much in his estimation for someone to meet that qualification.  Simply being in the wrong place at the wrong time, or knowing something he doesn’t want getting around, is enough to make you better dead than alive in his book.  And remorse?  Forget about it.  That’s for relative softies like Darth Vader to fret over.

What I’m describing, of course, is the archetypical noir protagonist: a deeply flawed, self-serving lead character, who’s usually surrounded by a supporting cast cut from the same nasty cloth.  Altar boys and Girl Scouts need not apply.  To write fiction deserving of the “noir” designation, an author has to accept the fact that his work will probably turn off a lot more potential readers than it turns on.  He has to write about unpleasant people doing terrible things to innocents and scumbags alike, without remorse or regret, and to do it realistically, he has to show little or no regard for the reactions of his reader.  I call this “going there,” “there” being a place not everyone will care to visit, and I think embarking upon this journey is one of the most courageous moves any writer can ever make.

Because “going there” is entirely counter-intuitive to what we authors are hardwired to want from Day One: a wide, all-encompassing readership.  Deliberately choosing to write the kind of book you know going in will have only a limited appeal, and then writing that book as faithfully to the form as possible (which is to say, without artificially toning things down to soften the blow), is gutsy as hell, and not every writer has the cajones to do it.

Most only have enough to do the job halfway.  These people write, either consciously or subconsciously, what I like to call “Noir Lite”: novels that feature noirish characters and situations, but none of the hair-raising dialogue or on-screen violence that should naturally follow.  The latter elements have been either sanitized or, worse, excised altogether, to better reduce the author’s chances of offending those readers for whom “noir” is a dirty word.  This, to me, is a joke.  A kinder, gentler noir?  There ain’t no such thing.

Which is why I’ve actively avoided trying to write a legitimate noir novel to date.  I don’t want to go there.  I’ve got no problem writing dialogue that could peel paint off a wall, or describing certain acts of violence in gruesome detail, but I don’t want to write stories in which the good guys are, to all extents and purposes, completely indistinguishable from the bad, and can only end on a definite downer, as all true noir stories must.  It’s just not my thing.

And neither is faking it.

To write noir, you have to do what the people behind Precious did: You have to go there.  Not part way, not halfway, but all the way to that dark, funky, foul-smelling place in which noir resides.  Some readers won’t be able to stand the heat of your kitchen, but those are the breaks.

As I’m sure Parker would say were he around to ask for an opinion: “Deal with it.”

Questions for the Class: What examples of “Noir Lite” — or, worse, downright fake noir — can you name?