On the first day of Christmas, I wrote furiously… 2148 new words.

One the second day of Christmas, I wrote furiously…rewrote 2148 words, and wrote 2741 new words.

On the third day of Christmas, I wrote furiously… rewrote 2741 words, and wrote 4817 new words.

On the fourth day of Christmas, I wrote furiously… rewrote 4817 words, and wrote 4236 new words, which equaled the end of the first draft. Much celebration ensued.

On the fifth day of Christmas, I wrote furiously… rewrote 4236 words, and wrote 2044 new words.

On the sixth day of Christmas, I wrote furiously… rewrote 2044 words, and wrote 2872 new words.

On the seventh day of Christmas, I didn’t write furiously… rewrote 2872 words, which added 479 new words, before having an ocular migraine which I was convinced was a stroke, dragged my husband out of a meeting to take me to the eye doctor because I was afraid to drive, who told me this was a most common experience, and checked my prescription, which hasn’t changed in over six years, wahoo!, to which I responded with an Ativan and subsequent glasses of wine at a holiday party, where good cheer was in abundance and I got to thank my lucky stars that it was simply an ocular migraine and not a serious issue, then ate chicken tenders and went to sleep.

On the eight day of Christmas, I got back down to work… wrote 2829 new words and declared the second draft finished, so I printed the bitch out.

On the ninth day of Christmas, I looked back on the work of the past eight days and felt slightly faint. Knowing a stroke was out of the cards, at least for now, I put all my research away in the book’s box, thought about what I wanted to write next, got a latte from Starbucks, wrote this post, and dove into the big revision.

Is Christmas over yet?

So you don’t have to do the math, that mess above represented 22176 new words in eight days on my newest book. That averages to 2272 new words a day. It was a two steps back three steps forward process. Each day, I’d read through what I wrote the day before, get caught up, then write new words. So I effectively edited the mess whilst writing it, something I rarely do to this extent. The book is now due December 22, thanks to a tiny extension, but will probably get submitted December 13, which might mean that my editor and I don’t have to work over Christmas vacation. Which would be a Good Thing.

I’ve talked about writer’s block here before, the fact that I believe it’s your story’s way of telling you you’re going in the wrong direction. Well, I had a whopping, massive case of block on this book. I’ve never experienced anything like this. I’m betting it’s similar to what many writers experience on their second novel, that soul sucking fear that the world is going to swallow you whole and you will never, ever produce anything that remotely resembled a finished novel, much less anything that real people would want to read, much less pay actual money to read, and you’re the worst writer in the world, with no discipline, and you can’t remember exactly how you wrote the first book, because looking back, you think you must have entered a fugue state and the gremlins in your brain exited, stage right, onto the page and when you woke each morning they appeared as tiny little black scratches on a white background which most of the world’s people have been exposed to because in Europe learning English is mandatory but to you it looks like Cyrillic, which sends you into new waves of spasm because seriously, the whole world can read this but it makes no sense to you.

I am not a perfect creature. As much as I’d like to be, I’m just not. And this book proved it to me, over and over and over again. It humbled me. It refused to work. As always, I like to challenge myself by writing in new forms, new subgenres, new locales. This book is mostly set in Scotland, and is a gothic suspense. Which, and I know, poor me, necessitated two trips to get the research right, one in July and another just before Thanksgiving. I had such grand plans when we booked the second trip—I’d have the draft complete, and I’d just be filling in the blanks. But the muse is a fickle wench sometimes, and she had other plans for me.

No matter what I tried, it just wouldn’t. I talked before about how I was going to write the whole book in Scrivener. After outlining (which I’m convinced didn’t help things at all, but instead made them ten times harder) 30,000 words in I had to switch back to Word. Things started moving along again then, but I got stuck. I was writing words, adding to the page count daily, but it was crap. True, absolutely crap. I don’t normally write like that, but I knew I had to get through it. I went back to the beginning twice and started fresh. Suddenly, it was October, my fifth book came out, and I all stopped to do the promotion (because I suck at creating and promoting at the same time), and then in a blink of an eye, it was November 1. The beginning of NaNoWriMo. And I knew if I had any chance at making the deadline, I needed to figure this out. 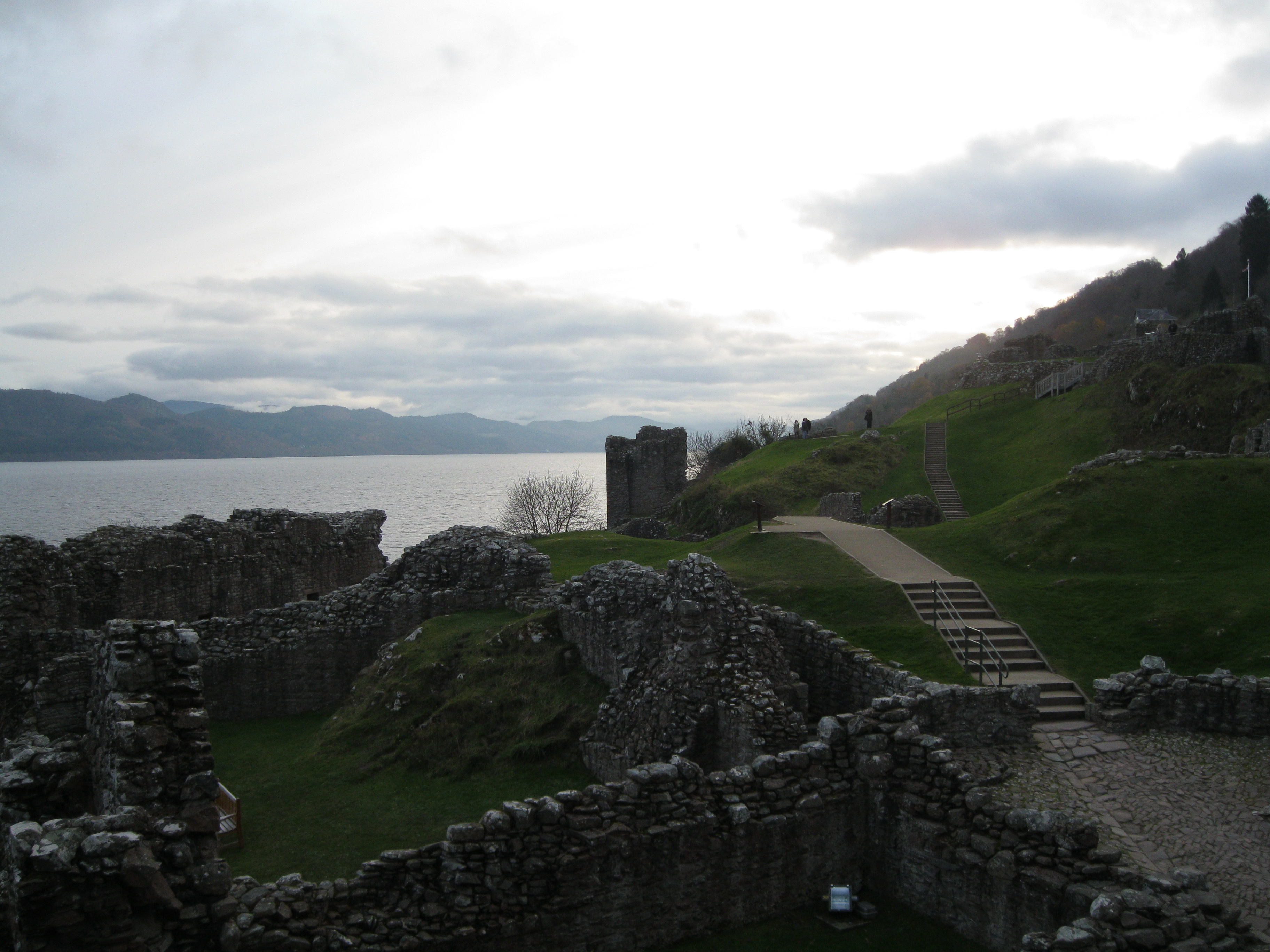 So three weeks in, past the midpoint but not much further, we headed for Scotland for a week. Thank God we did, I had all sorts of things wrong. So when we returned, after a day off for Thanksgiving, I dove back in, thinking it was all going to come together.

It was Sunday night, November 28, at about ten. I had been banging my head against the wall all weekend. Big word counts, the story was progressing, but I could feel, in my soul, that something was wrong. And that’s when I put on my headphones and dove into the soundtrack, trying to figure out why I’d put each song in, what it meant to me, to the story. I got to the end of the soundtrack when I heard it. A late addition. The song that had been so incredibly seminal in helping me figure out the end of the book. (And I can’t tell you what it is because it will ruin the story.) As I listened, I realized the massive, huge, ginormous mistake I’d made. All the way back on page 60. It hit me like a ton of bricks. A revelation. A lightbulb.

Monday morning the 29th I went back to the beginning. The very first page. I rewrote 175 pages that day, rewrote the next 70 the 30th. I added nearly 11,000 words. And suddenly, there it was, in all its glory. The story finally, after 4 months of head banging, worked.

Hence the massive word dump that led to the finishing line, which isn’t rare for me, I usually write a substantial chunk of the book in the last few weeks.

Writing Secret #859 – Sometimes, when a book isn’t working, you must open yourself to the universe, drop your preconceived notions of what you’re trying to do, and let something magical happen.

Some of you saw this on Facebook. I put it up at the end of the day Tuesday. I feel like I was given a gift, that all the praying and moaning and teeth gnashing finally paid off, and the Muse, who is a fickle wench, but can be a really lovely woman if treated properly, given gifts and sacrifices and not cursed but nurtured and loved, tiptoed down from her mount on high and touched me on the shoulder. 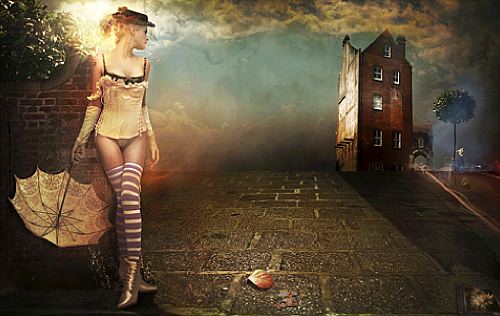 There are just housekeeping details to take care of now – I’m reading through for my first major revision, will send to my betas today, will take a day off to buy Christmas presents and send cards, then buckle back down with their suggestions before sending it to New York Monday or Tuesday. Ahead of the revised schedule.

By the way, the new book? It’s called WHERE ALL THE DEAD LIE.

So my question for you today: Have you ever prayed for something that was subsequently delivered? What blessings have you experienced this week?

Wine of the Week: Bivio Tuscan Red, a DOCG Chianti, because we drank a lot of it Tuesday night at the Dutch Lunch Literati Christmas Party, and I think the grapes might have naturally occurring Ecstasy in them, because it made me love everyone, so, so much.

43 thoughts on “The Twelve (No, Eight) (Scratch That, Nine) Days of Christmas”