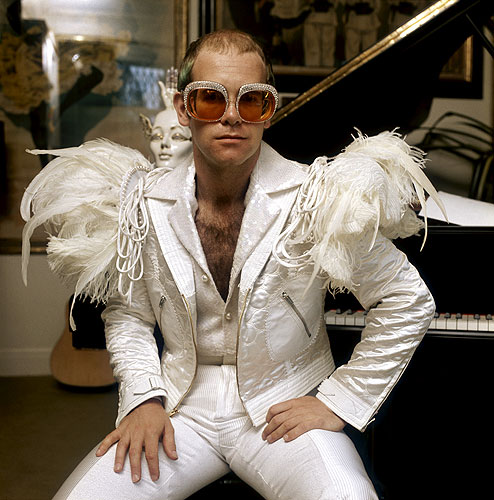 They all died too young. They died in the prime of their lives. They became icons and heros for the things they did during their short stay on planet Earth.

But if any of them had been allowed to live deep into old age, would they have retained that sheen of heroism? Would Sid Vicious be doing late night infomercials selling CD sets of classic rock, like Roger Daltry? Did Roger see that one coming? Makes me wonder about that lyric of his, “Hope I die before I get old…”

Remember how pissed off Jim Morrison got when his band members sold “Light My Fire” to Muzak for a car commercial? This was long before Eric Clapton did those fucking beer commercials. We called that “selling out,” back in the day. Now it’s called “a diversified portfolio.”

If Jim Morrison hadn’t died young, would he have lived long enough to embarrass his younger self? Even though he died drunk and fat, he still died a rock star. He didn’t go out selling used cars.

Sometimes it’s best to die young, if you really care about leaving a legacy behind.

Of course, you have to have a huge impact doing something first or else dying young is just really pathetically sad. So, to become an icon, one must first capture the attention of the world, and then suddenly, tragically, die. Young.

If one continues to live, one must constantly reinvent oneself in order to recapture the attention of the world. Like Madonna. She’s fighting it all the way to the grave. If she dies suddenly her obit will still say that she died in her prime.

And there’s nothing worse than watching our great icons not-die, instead drifting into oblivion, or drug-addiction (sans overdose), or hoarding or, finally, reality TV.

I find it terribly difficult to watch Howard Stern and Steve Tyler clown-up for what is essentially a new wave of The Gong Show remakes. We know they’re only doing it for the almighty dollar, which makes it seem like our heros can be bought and sold. I think Jimi Hendrix thanks God every day for taking his life before American Idol came knocking. Would he have resisted? We’ll never know.

It all just makes me think about the things we do that we never thought we’d do when we were young. And they’re not bad things, necessarily, just different things. Sometimes they actually prove our growth as human beings.

Like, I never thought I’d be a fan of Mariachi music. I mean, really. I grew up on rock and then had a healthy education of classical and jazz. When my younger son, Noah, began violin lessons I was excited about someday hearing him play in a string quartet. But, no, his music teacher put him into a Mariachi band (really?) and he’s hooked. So, now I hang out at the local church or crash the Quinceanera in hopes of catching a blast of trumpets and strumming guitarrons.

I also never thought I’d fall out of shape. That’s another way of dying young, I suppose. Elvis didn’t die quite young enough, so he bloated up. Like Orson Welles. Their bodies were saying, “Give up already! You’ve gone on ten years longer than you should have. Don’t you want to be an icon?”

I think it’s interesting that we remember Elvis young and thin, while our image of Orson Welles is quite the opposite (“We will sell no wine before its time”).

Since I haven’t done anything iconic yet I can afford to fall out of shape and work my way back into shape again before I make an impact on American society. I still have the opportunity to die young (well, relatively) and/or bloat up for ten years before bursting a liver.

Or maybe I’ll age gracefully after having a solid career in the arts. Like Jimmy Stewart or Bob Hope or Elmore Leonard or Michael Connelly. That’s classy, but not quite as dramatic as hearing the sirens approach Chateau Marmont after John Belushi’s demise.

And don’t you think it’s kind of weird that Elton John and David Bowie are still around, all mellow and out-of-touch, after the fuss they made when they were young? They could have been truly iconic, but they missed their chance. I mean, geez, Elton’s got a high-end retail clothing store in Caesar’s Palace. And he’s been knighted, for godsakes.  By the Queen of England.  Did he see that coming? He could have been the Pinball Wizard forever, if only he’d died young.

I just hope I live long enough to get my own page on Wikipedia. Then I’ll know I’ve made a difference.

Or maybe I should just forget all this nonsense and finish my book.