The humble donkey is the beast of burden across the globe. It ambles along on impossibly dainty feet, while carrying outrageous loads apparently without complaint.

And always, it seems, there’s a man on the animal’s back with a stick. 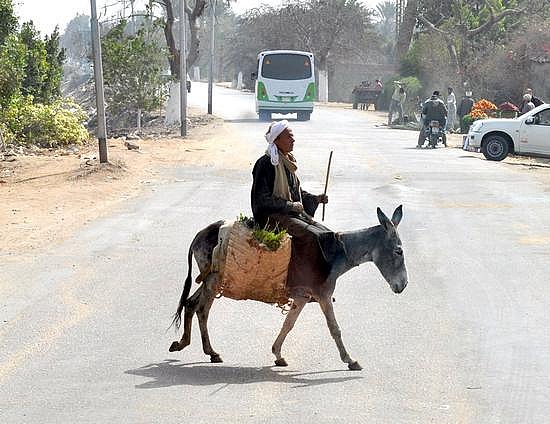 I’m not suggesting that the man beats the donkey, although I’m sure that happens with depressing regularity. But the stick is still there and the implication is clear – go faster, work harder, or this is going to hurt.

I think I know how that feels.

The most depressing job I ever had was a brief stint selling display advertising for the local paper. Classifieds were a different section. People want to place classified adverts. They do so specifically because they want to sell something, or buy something. All the classified sales people had to do was sit by the phone and wait for calls.

Display advertising is different. Display advertising is the stuff that gets in the way of the stories people are trying to read at the front of the paper. Unless it’s by chance, their eye skims over the ad without ever taking any of it in. And, I admit, if you work for a New York ad agency you probably have some very scientific ways of making people look at those ads, but I didn’t have those skills.

Nobody wants to spend money on advertising. They know that half that money is wasted – they just don’t know which half. They practically hid under the desk when they saw you coming, or told their secretaries to fob off your phone calls. So, persuading small businesses, week after week, to lay out cash for adverts that ultimately ended up lining the cat litter tray or the bottom of the budgie’s cage, was not my best choice of career. (I did mention it was a very BRIEF stint, didn’t I?) 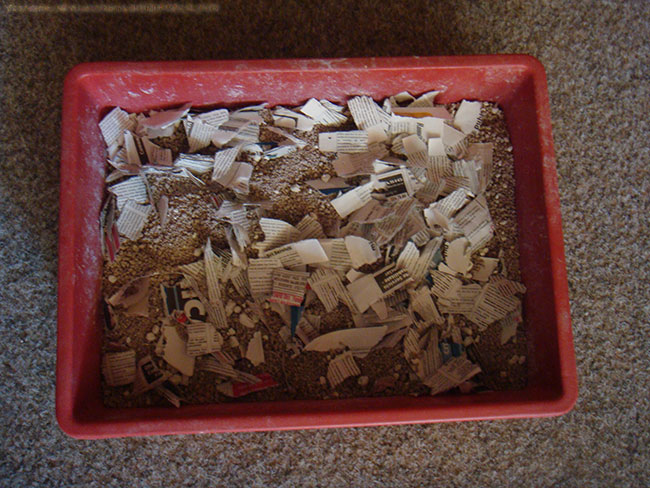 But what has this got to do with the donkey and the man with the stick? Well, in my case, the display ad sales people were the donkeys, and the stick was being wielded by the advertising manager.

We were given weekly targets of how much advertising we had to sell, and we never seemed to be able to quite make those targets. Looking back, I’m pretty sure that if we’d worked it out we would have discovered that he was trying to get us to sell more ads than it was actually possible to fit into the paper, and if we’d ever managed it we would have caused a major glitch in the space/time continuum. 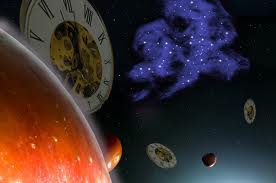 After six months, the job started to stress me out so much that I even developed a heart murmur. (I’ve never been very good at the high-pressure sell. I can’t even do it with my own books.)

The whole experience was all stick and no carrot.

I’ve discovered over the years that I will go a long way and work my little wot-nots off for a bit of encouragement and a thank you. That is far more important to me than getting paid – I’d rather do a good job than a quick job.

Which possibly explains why I am not a lot more wealthy than I am ;-]

The world of being a published writer can involve a lot of stick, and only being shown the occasional distant slightly out-of-focus photographs of something that might be some kind of root vegetable, but it’s in black and white so you can’t be sure if it isn’t a parsnip.

Things are tough for authors at the moment. If you’re not topping the bestseller lists, you’re being cut loose. It’s a big stick world, and sometimes it feels like we’re the donkeys.

And I know it’s been slowing me down, weighting me down, miring me down. I could feel it. My enjoyment of the whole business of actually writing was ebbing away. It had little to do with success or failure – it was to do with job satisfaction. People can be at the top of their field and still not really enjoy what they’re doing.

When I came back from the States in March, having witnessed the explosion in e-readers, with the idea that I would put the backlist Charlie Fox books out in e-format, starting with a short story e-thology, some people told me I was mad to contemplate tackling the whole conversion process myself.

“Writers should write,” I was told. “Leave that to the experts.”

I’ve never been very good at taking advice, especially when it concerns things I can’t or shouldn’t do.

So Andy and I, with help from my web guru, set about learning how to code and convert. Sadly, a lot of conversion work seems to be carried out by people who don’t love books, and the reading experience is spoilt by silly mistakes and bad bits of coding that slip through.

Producing an eBook is not just about the conversion process, though. It’s about EVERYTHING connected to a book, from the front cover to the wording of the copyright page. If that all sounds like a lot of work, it is.

But I found it was a LOT of fun, too. 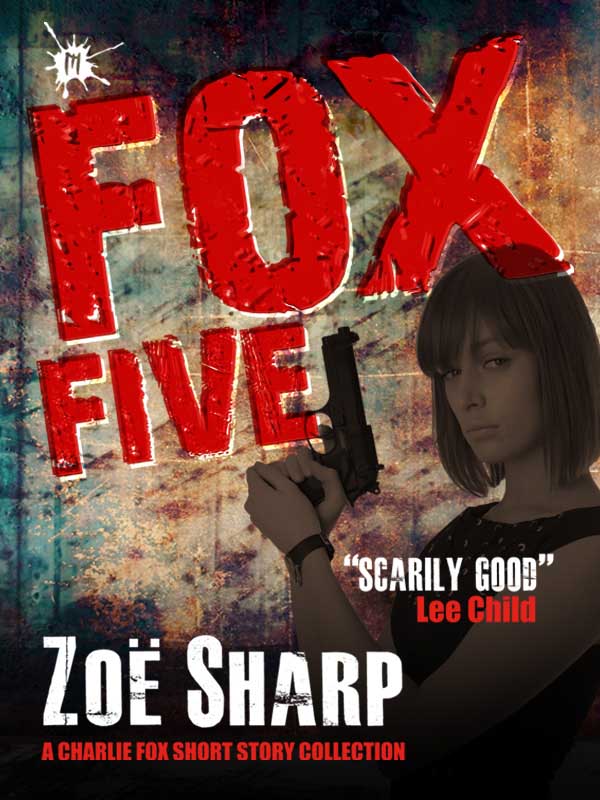 FOX FIVE: a Charlie Fox short story collection went live on August 8th, and yesterday the first of the backlist went up, too – KILLER INSTINCT: Charlie Fox book one. So, for all those people who wanted to read the series right from the very beginning, now they can. As soon as all the backlist is up on Amazon, we’ll start coding for other reader formats, too.

I resisted the urge to rewrite the book – difficult tho’ that urge was to resist – but did take the opportunity to reinsert two backstory scenes that never made the final book. These explain a little more about Charlie’s military career and the start of her relationship with Sean Meyer. (I didn’t quite appreciate at that stage how important that relationship was going to be, or how integral to the character, hence the original cut.)

Getting KILLER INSTINCT ready for e-publication has been a fascinating experience. Not only was there a fabulous new cover by Jane Hudson at NuDesign I was very fortunate in that Lee Child generously allowed me to use the Foreword he wrote for the Busted Flush trade paperback edition last year. I added my own Afterword from the same edition, together with tasters from the other books in the series, including an excerpt from the next one, RIOT ACT, which is undergoing conversion as we speak. And finally, I joined forces with our former ‘Rati, Brett Battles. 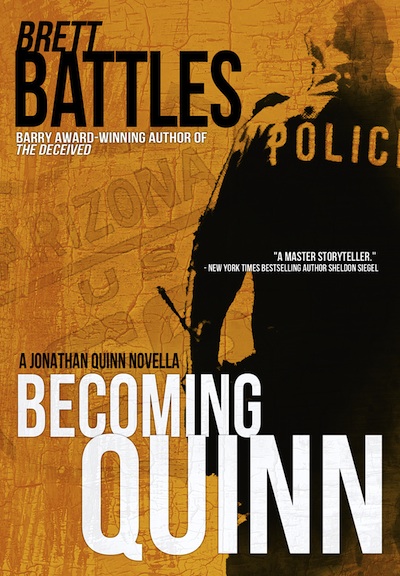 Brett very kindly gave me an excerpt from his Jonathan Quinn novella, BECOMING QUINN, to include at the back of KILLER INSTINCT. In return, an excerpt from KILLER INSTINCT will be going in the back of Brett’s next Logan Harper novel. This is the kind of cross-pollination that not only gives people a nice added extra, but will hopefully also introduce the readers of both of us to something new they might enjoy.

So, I hope you’ll forgive me a small amount of proud-parent BSP at this point: 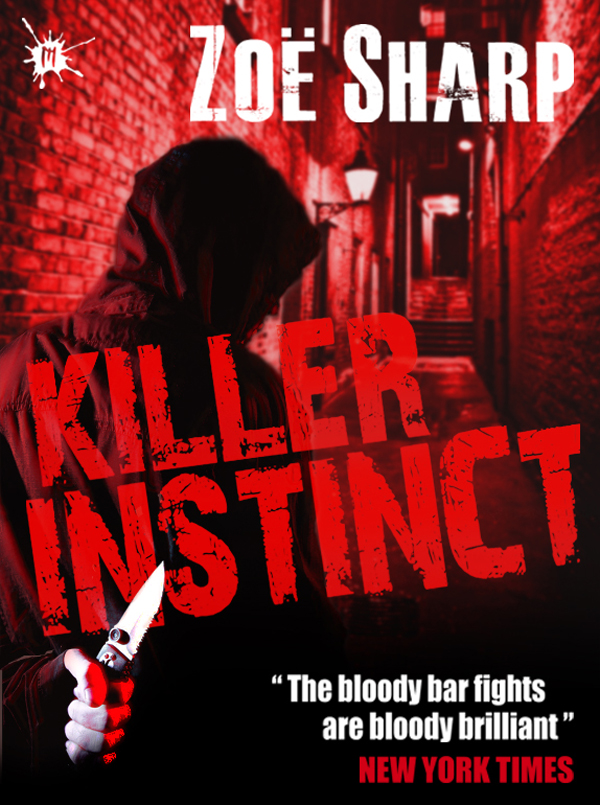 ‘Susie Hollins may have been no great shakes as a karaoke singer, but I didn’t think that was enough reason for anyone to want to kill her.’

Charlie Fox makes a living teaching self-defence to women in a quiet northern English city. It makes best use of the deadly skills she picked up after being kicked out of army Special Forces training for reasons she prefers not to go into. So, when Susie Hollins is found dead hours after she foolishly takes on Charlie at the New Adelphi Club, Charlie knows it’s only a matter of time before the police come calling. What they don’t tell her is that Hollins is the latest victim of a homicidal rapist stalking the local area.

Charlie finds herself drawn closer to the crime when the New Adelphi’s enigmatic owner, Marc Quinn, offers her a job working security at the club. Viewed as an outsider by the existing all-male team, her suspicion that there’s a link between the club and a serial killer doesn’t exactly endear her to anyone. Charlie has always taught her students that it’s better to run than to stand and fight, But, when the killer starts taking a very personal interest, it’s clear he isn’t going to give her that option . . .

‘Charlie looks like a made-for-TV model, with her red hair and motorcycle leathers, but Sharp means business. The bloody bar fights are bloody brilliant, and Charlie’s skills are both formidable and for real.’ Marilyn Stasio, New York Times

This whole thing has proved a huge carrot for me. Getting reacquainted with Charlie at this early point in her history has reminded me why I started writing about her in the first place, and why I can’t wait to get back on with the next book.

Suddenly, writing is fun again, like starting to exercise and stretch muscles that had started to atrophy. I needed a boost, and this has provided it. Getting the short stories out there in FOX FIVE allowed people who’d vaguely heard about Charlie to try a selection of short pieces about her without investing time in a whole book. The 50 free review copies I offered in my last blog were all snapped up within hours. The reviews so far have been great. And if anyone would like a review copy of KILLER INSTINCT, they only have to email me . . . authorzoesharp [at] gmail [dot] com.

This whole experience has, one might say, re-kindled my enthusiasm.

So, ‘Rati, have you faced a time when you were absolutely fed up with what you were doing, and what did you do about it? Or, if you’re still in that situation, what are you going to do about it?

Finally, I thought I’d introduce a new section about what I’m reading on my sparkly new Kindle at the moment. 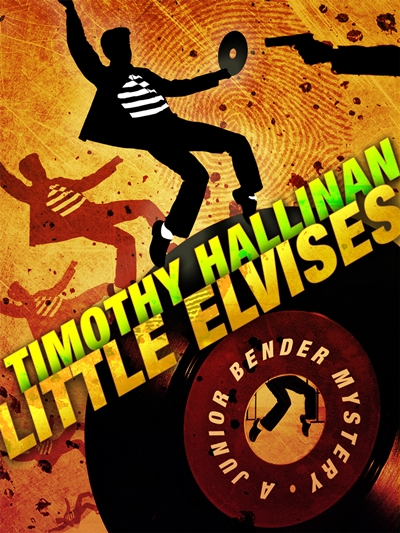 I’ve just finished LITTLE ELVISES by Timothy Hallinan. The book is the second to feature Junior Bender – and how can you not LOVE that name? – Tim’s Los Angeles burglar who moonlights as a private eye for crooks.

The ‘Little Elvises’ of the title were Philadelphia teenagers plucked off the city’s stoops in the 1960s by a mobbed-up record producer named Vinnie DiGaudio and turned into pallid imitations of the boy from Tupelo until their fourteen-year-old fans got tired of them and moved on to the next one. When Vinnie is in the cops’ sights for a murder, Junior is brought in, unwillingly, to prove Vinnie’s innocence. Unless, of course, Vinnie did it.

But one way or another, Vinnie – a gangster whose product was innocence – has made a central mistake. Some things never go away. And that’s what drives the plot of LITTLE ELVISES.

This book was enormous fun. Very wittily written, it’s refreshing in that Junior (sorry, Tim – I can’t bring myself to call him Bender) is far from a hapless comedy PI. He has smarts, both street and of mouth. I shall definitely be seeking out the first book in this series, CRASHED. 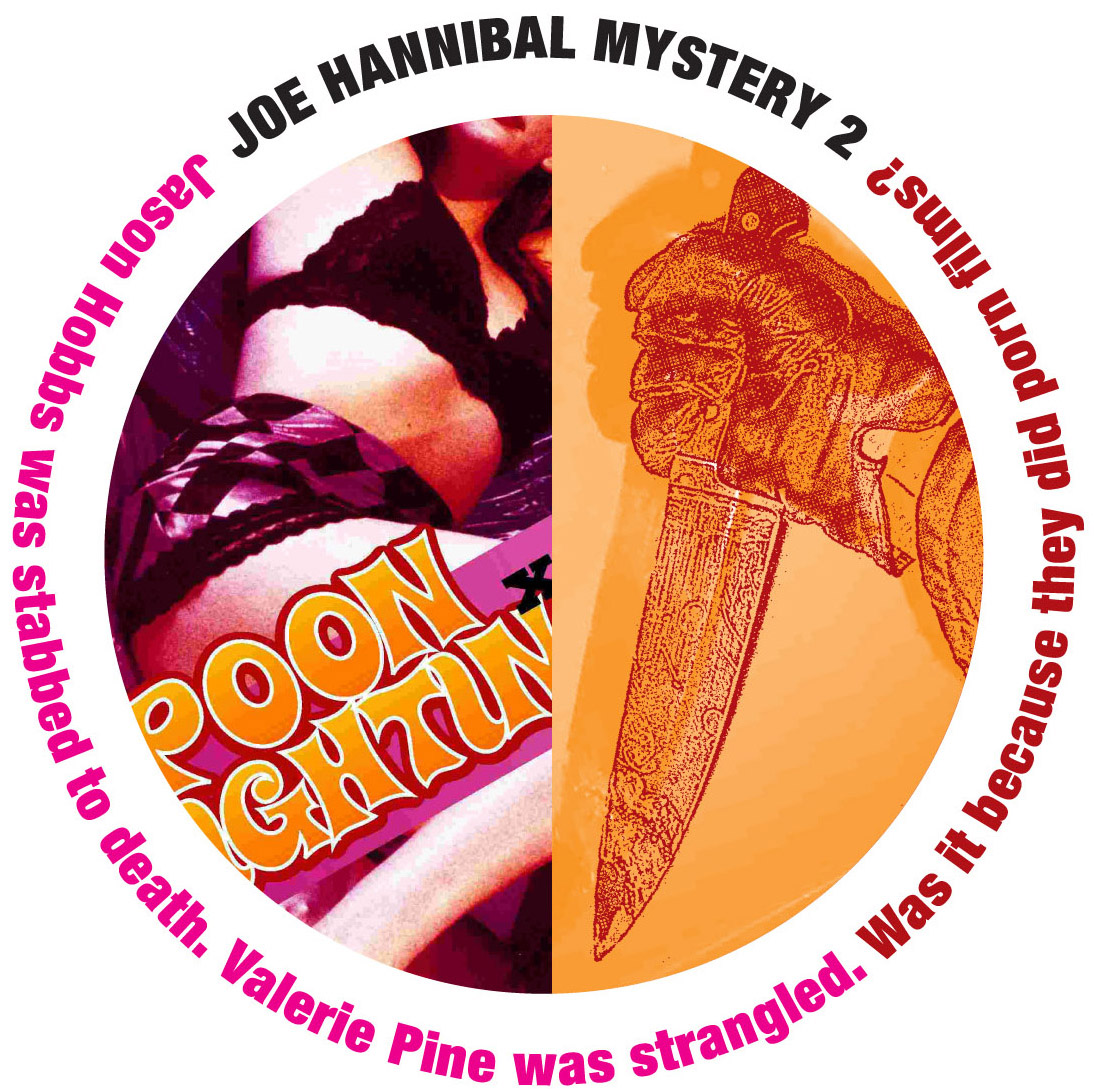 As the case hurtles toward a startling, blood-spattered climax, Hannibal will experience pleasure -and pain-like he has never known before. His life will hang in the balance more than once before the last dirty secret is exposed and the final desperate killer is cut down. Intriguing so far . . .

This week’s Word of the Week is karmageddon, which is, like, when everybody is sending off all these really bad vibes, right? And then, like, the Earth explodes and it’s, like, a serious bummer, man.

29 thoughts on “The Stick and The Carrot”