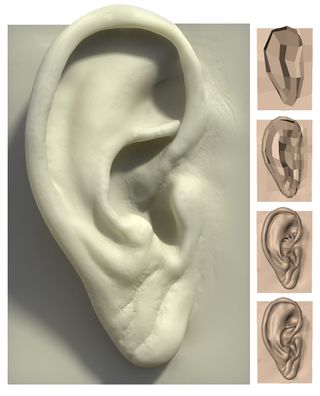 "Just because you ran over him doesn't make you guilty."
– Man to man, overheard at Starbucks in Belmont by Harry Smith
There's something special about the spoken word that sets my heart a-thumping. That's true for dialogue in crime fiction, but also for the casual eavesdropping I do in coffee shops, at cocktail parties and in line at the bank.

Take the example above. It's part of a daily offering in our San Francisco paper, where hapless bystanders phone in the most bizarre conversation they've overheard that day.

Is that a story starter or what?

Maybe they're talking about running over a dog. Maybe a little kid darted out from between two cars. Or maybe the second man used his car as a battering ram in self-defense when some guy was attacking him.

Whatever the case, if I opened a book to find those words on the first page, I wouldn't be able to put it down.

It's a hook, certainly, as well as a glimpse into a character and a life. And it's all fodder for our work. Maybe that line will define a character I create (someone with the morals of a weasel, methinks).

Maybe it will become the basis for a plotline (a father telling his adopted teenage daughter that it was okay to leave the scene of the accident because he knew he couldn't afford to have the cops get her name, photo and fingerprints. Hmmm.).

Here are a few more "Public Eavesdropping" mentions from the paper that made their way into the Ideas Folder on my desk:

"Check it out, dude. those are isotopes."
-Young men overheard at the BART station by Robin Sutherland
"I am really attracted to people with hyphenated names. It shows extra effort."
-Uncredited Public Eavesdropping, SF Chronicle
"My parents' biggest disappointment in me is that I'm not a lesbian."

"A marshmallow saved my dad's life."
– Man to woman, overheard at Longs in Oakland by Elyanna Snyder

We all do it. Pretend to be consulting your iPhone, but your ears are trained on the conversation of the two people in front of you in line at the grocery store. Stop to dig around in your purse, but you're just killing time so you can listen in on the fight in the car parked next to you in the lot.

A friend of mine proudly wears a sweatshirt that reads "Be nice or I'll put you in my next novel." I'd never announce my intentions  that way. It's too much fun to sit back unobtrusively and jot down the random craziness I hear in the next booth at the coffee shop.

Here are a few more from my own eavesdropping efforts:

"Unidentified transient odors are not enough cause for a warrant."
– Man in a suit to a cop, overheard at coffee shop in San Francisco
"She treats him like a flying carpet. Walks all over him and still expects him to take her places."
– Young woman to young woman, San Francisco Galeria
"If he touched my leg one more time I thought I'd have an organism."
– Preteen girl to preteen girl in Nordstrom's, Seattle
"I used to be your mother once."
-Middle-aged woman to teenage daughter wearing headphones in MacDonalds on I-5
"How would you know it was a real hot flash and not just July?"
– Woman to woman at Fry's grocery story in Tucson, Arizona in July
"Why don't you buy a slipcover for it?"
"Because then it would look like a couch wearing a condom."
– Well-dressed woman and man in line at Wells Fargo
"I think she was a Weather Girl in another life."
– Said with a sneer by a middle-aged woman in line for a movie
"I thought Greenwich Mean Time was the hour I was allowed to be obnoxious."
– Teenage girl to father in food court

And my current favorite:

We couldn't make this shit up. And isn't that grand?

Sorry for the short post today, 'Rati, but I'm knee deep (along with Co-Chair Judy Greber) in the final programming for Left Coast Crime in Hawaii. Who to moderate this panel? Can we shift the time so that folks can get to see the lava flow? Is she arriving Saturday or Sunday? If you haven't signed up yet, please do so soon, or you'll miss out on the very best panel placement opportunities. This is going to be a blast.

And in the meantime, what's your very best "overheard" conversation?

36 thoughts on “The Spoken Word”