I’m in a jet-lagged fog, having just returned from South Africa where I spent an amazing week in the bush watching lions 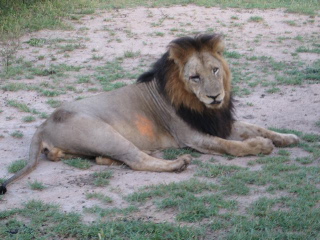 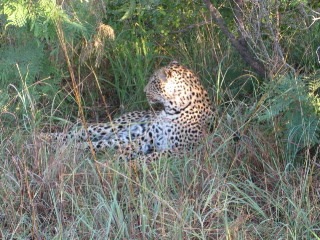 and the most adorable baby elephant who kept gamboling over to play peek-a-boo with our Land Rover. 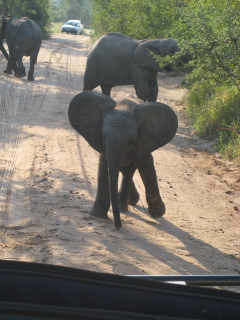 But before I headed off to the safari lodge, I spent a few days in Cape Town and Johannesburg doing some promotional events at bookstores, meeting readers as well as local authors. I also met with my wonderful team at Random House Struik:

I prepared for my trip by reading some terrific novels by prominent South African thriller writers including Deon Meyer, Sarah Lotz, Mike Nicol

(here with Mike Nicol and his wife)

Many US readers are no doubt familiar with Deon’s work, and some may already know the name Jassy Mackenzie, who’s been published in the US, but if the others are not yet well-known, it’s because they aren’t yet distributed well in the US.  In this age of an international e-book market, I suspect it’s only a matter of time before you’ll get the chance to sample their work.

But in the meantime, some of these terrific authors are faced with the tough dilemma of marketing their books in the very small South African market.  How small?  Despite the fact South Africa has a population of around fifty million — putting it just under that of the UK —  the number of those who regularly buy and read books, is probably about a million.  That, at least, is what I learned from those familiar with local publishing.  The population of readers is further splintered by those who read exclusively in English, and others who prefer Afrikaans.  You can see, just by the numbers, that it’s very difficult indeed for anyone to make a living just from writing for the South African market.  The only way to make a sufficient income is to also sell to the international market.

It’s a pity that their stories aren’t more widely read, because these books have a perspective that’s seldom heard in the U.S.  I characterize Mike Nicol’s books as “Quentin Tarantino” on the page, set in the throbbing criminal world of South Africa.  Sarah Lotz tells uproariously funny crime stories that had me laughing out loud during the plane ride over.  Jassy Mackenzie and Deon Meyer’s books feature riveting, adrenalin-packed tales that are the equal of America’s best thriller authors.  And Andrew Brown’s profoundly moving, gorgeously written REFUGE, which I can’t stop thinking about, just about broke my heart with an ending that’s both tragic and inevitable.

These are all accomplished writers, and ever since reading them, I’ve been pondering the question of why, except for Deon, they haven’t yet surged onto the US scene.  I suppose some of it may be due to the fact that Americans are by and large unfamiliar with South Africa and its unique history, politics, high crime rate and police corruption.  While I was there, in fact, there was a highly publicized contract killing of a major crime figure.  It’s an exotic environment for many Americans.  But once you get past the occasional Afrikaans word, once you get comfortable with the setting, you’ll be hungry for more.

15 thoughts on “The South African market”