Short stories are a whole different ball game to writing a novel. Most people start with shorts and work their way up. Maybe because I like to do things backwards, I wrote novels long before I tried my hand at anything shorter.

And when I did, it was entirely by chance, rather than choice. I happened to be at a Northern Chapter lunch for the Crime Writers’ Association. (‘Northern Chapter’ sounds a bit Hell’s Angel-like, I know, and the idea of all those distinguished authors turning up patched, on Harleys, plays havoc with my imagination.) 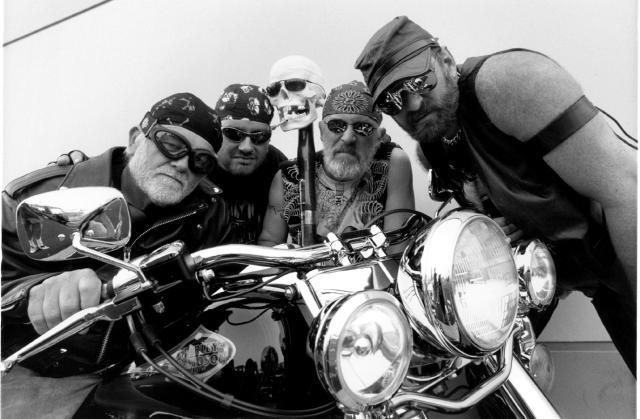 As we funnelled through the doors to take our seats for lunch, Martin Edwards, editor of the CWA short story anthologies, glanced across at me and said, “You ought to write me a short story for the next anthology.”

I was somewhat taken by surprise, enough to reply, “Erm – yes, OK.”

So, having verbally written the cheque, I then had to cash it by actually coming up with a story good enough for inclusion. This caused me a few sleepless nights, until I remembered something about a local Dangerous Sports’ Club, which had been prevented from indulging in their Sunday morning bridge swinging activities from a disused viaduct.

The reason for this was because the local farmer whose land they had to cross was a strict Methodist, and he strongly objected to all the cries of “Jeeesus CHRIST!” that were heard when people jumped off the bridge on the end of a bit of rope.

And from that came ‘A Bridge Too Far’, a Charlie Fox tale which subsequently appeared not only in GREEN FOR DANGER, but later also in Ellery Queen Mystery Magazine as well. 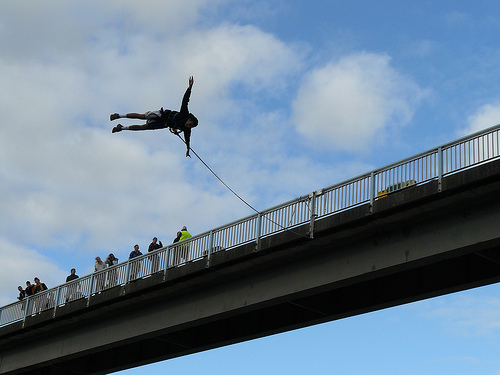 Since then, I haven’t exactly been churning them out on the short story front. In fact, I’ve only written another eight. To my constant amazement, they’ve all been either published or accepted. One – ‘Tell Me’– was even longlisted for an award and turned into a short film, and another, ‘Served Cold’ was shortlisted for the CWA Short Story Dagger.

Despite my lack of prolificness (is that a word?) in this area, I do find short stories a liberating experience. They enable you to try out viewpoints or characters or styles that you wouldn’t otherwise have the opportunity to do. I’ve occasionally used them to try out an idea for a character, to see if it appeals enough to be the central protagonist of a longer work. I don’t know why I don’t do more of them.

Well, OK, yes I do know. Without a deadline, it takes me a long time to write a short story. Without a theme, or some kind of restriction, it takes me longer still. (Just ask poor JT, who’s been waiting for me to scribble the second part of a joint short story for months! Sorry, JT, I’m just crap, aren’t I?)

But, I’ve just had the pleasure of judging a short story competition, which gives you a whole different perspective on the enterprise. I was asked by Lancashire Libraries to come up with the opening line, which could then be written up as either a short story of up to 5000 words or as flash fiction for up to 500 words. The opening line was:

‘I always swore, if ever I came back to Lancashire again, I’d kill him.’

The event was split into three areas, with me being given the entries for the North of the county, and fellow local crime writers Nick Oldham and Neil White taking South and East.

I’ve just finished going through my selection of entries, and have a clear standout to take to the judging meeting next month, where Nick, Neil and I will decide which of the three we’ve each chosen will be the winner.

Reading these stories made me analyse what it was about the short story or flash fiction format that appealed to me. And what didn’t.

I’ve always liked spare prose, which is why I find Robert B Parker’s work so compulsively readable. In a short story, by its nature, every word has to count, and the more you can say with as few words as possible, the better.

Short stories are a prime example, for me, of that TV maxim – get into a scene late, get out early. I’ve been constantly trying to do that in my novel writing. (I even threw out the first three chapters of one book because it took that long to reach the point in the story mentioned on the jacket. In which case, why waste three chapters getting there?)

And what about a twist in the tale?

OK, maybe not that kind of twisted tail, but you know what I mean. Does a short story need a twist ending – particularly one that you really don’t see coming? Jeffery Deaver is a master of this type of short story. I read through his anthology TWISTED a few years ago and pretty much decided that he’d got it nailed.

So, in judging the Lancashire Libraries competition, I was looking for good snappy writing, well-formed characters, convincing dialogue – which seemed to be the one area where a lot of entries were weakest – adherence to the theme/opening line in some form, and a beginning-middle-end structure with something surprising at the end of it.

I think I found one that fitted the bill. It remains to be seen if my fellow judges agree, or if their favourites can top my choice. That I find out at an evening event at County Hall in Preston on November 10th …

This week’s Word of the Week is boustrophedon, which is an adjective or adverb to describe (of ancient writing) bi-directional text, mostly seen in ancient manuscripts and other inscriptions, where the writing runs alternately from right to left and from left to right. It comes from the Greek boustrophedon turning like ploughing oxen, from bous ox, and strophe a turning.