My name is Louise Ure, and I don’t use the S word.

You know the word I mean.

Lee Child has Reacher. Denise Mina has Paddy Meehan. Our own Pari has Sasha Solomon. Hell, Bill Pronzini has a series character, even though he’s Nameless.

And I love reading series books. They’re like going to dinner at an old friend’s house: you know who’s going to be there, just not what they’re serving for dinner.

But my books are one-offs. (I know. I could call them stand alones, but that’s another S word, and I didn’t want to confuse the issue.) I put characters into as much trouble as possible, cause there’s no way they’re going to agree to come back for more.

Some of my favorite books are not part of a series. Laura Lippman’s Every Secret Thing. Sara Gran’s Dope. James Sallis’ Drive. Books that make you question how they will end, whether the good guy will win, whether there really was a good guy there at all.

In my first novel, Forcing Amaryllis, I got jury consultant Calla Gentry face-to-face with the man who raped her sister and left her for dead. And I didn’t exactly help her get out of it.

In the next book, The Fault Tree, a blind, female auto mechanic is the only witness to a murder. Think Wait Until Dark, with a heroine who knows how to change the oil.

The third book (titled Liars Anonymous, for the moment) brings in a whole new cast of characters since none of the old ones were willing to show up at the reunion.

These books are an invitation to a dinner party where you don’t know either the guests or the menu. Hell, you don’t even know the address.

Or maybe you do.

The only thing my books seem to have in common is Arizona. Arizona, in all its caliche-riddled, sweat inducing, gazpacho guzzling, skinned-rattlesnake glory. They’re my Arizona Trilogy.

I haven’t lived there for thirty years, but it’s the place I turned to when I started to write. The place I can smell and taste most clearly.

Can a place be a continuing character? I’d argue that Florida was as important a character in John D. McDonald’s work as Travis McGee was. And Tony Hillerman has assembled a motley crew of characters to populate his desert southwest.

But maybe you can use place in a different way.

I spent almost three decades in advertising; evaluating 30-second epiphanies for beer, cruise lines, Shake ‘n Bake and the Dancing California Raisins. And for much of that time, those jobs only took me to cities that started with the letter S. Cities like:

The S train was derailed after twenty years by an eight-month stint working in Denver, but I forgive them for that. I had a great time.

Can you imagine a series where the only common denominator is that the location starts with S? It would be great fun to write, and the research possibilities are mouth-watering.

There are so many other S cities that I haven’t explored yet. Siena. Stockholm. St. Petersburg.

When you think about it, there really aren’t any bad S cities. Except maybe Seoul. And Soweto. And that little S-named suburb I had to commute to for three years, where the employer insisted that I arrive by seven a.m., and that I wear pantyhose.

I may have just found my Series with a capital S.

On the other hand, this may be the dinner invitation from Hell. The one where you don’t know the hosts or the menu. You can’t figure out the dress code. And Mapquest can’t find the address.

P.S. Not only is this my first Murderati post, but it will also be my last post before Christmas, as Paul takes command of Tuesdays again next week. So I leave you with a Christmas cartoon sent to me by a "deer" friend who knows how warped a crime writer’s sense of humor can be.

This is one of the most fascinating interviews I've done. Please watch & read the whole transcript. Together we can remove the stigma of mental illness & find new treatments. Thank you @bobkolker for a compassionate conversation & writing the Galvins’ amazing story. #keepreading 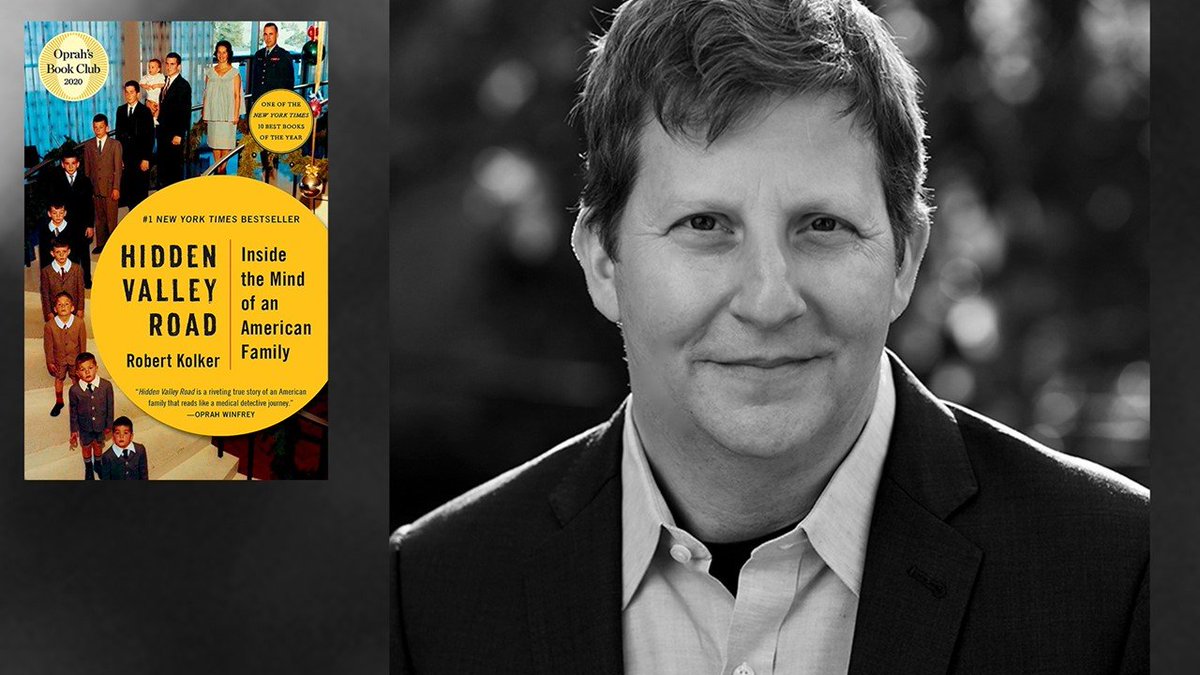 "I found writing it, & I hope readers find reading it, a hopeful story because it's really about what happens after perhaps some of the worst possible things happen."— Robert Kolker on HIDDEN VALLEY ROAD w/@thrillerchick.

Only 57, and after DMX and Black Rob, all too young. RIP Shock G.

Remembering Shock G, whose legacy includes "The Humpty Dance" and discovering Tupac, but goes much deeper than that. @doxellis: https://t.co/EQv2r9HaDK

How many congratulations can I give out to my friend @kairarouda on the release of this glorious new book? It's an Amazon First pick for April, and come on, just the cover is enough to entice. Super book from a super author! What are you reading?