In my last post, I mentioned the need for near perpetual publicity in this day and age of publishing meltdown and online promotion.

A little over two weeks after my book release, I feel like I understated the matter considerably. I need seven more hours a day, five more days a week, and a bottomless bowl of Wheaties to tackle everything.

There are the events and readings I’m doing in the Bay Area and Los Angeles—please come out if you’re nearby—including a wonderful panel I did with Ellen Sussman this past weekend at the San Francisco Writer’s Conference (they sold out of my book!).

There are the workshops I’m conducting—again in the Bay Area and Los Angeles, and also at Left Coast Crime in Colorado Springs, where I’ll be serving as toastmaster, and then in various northern California locales, at the DFW Conference in Dallas (where I’ll be co-keynote speaker with the lovely and charming and gifted Deborah Crombie), and finally, Memorial Day weekend, at the High Sierra Writers Conference in Reno.

Then there’s just keeping my News page on my website current, with updates such as:

I’m pitching an article I wrote called “The Politics of Plot” to the Huffington Post, and one titled “Secrets & Contradictions” for the New York Times’ The Opinionator/Drafts column.

And then there’s the constant drafting of event invites on Facebook, keeping up with the ever-changing world of Amazon, communicating with everyone who responds to the book giveaway on Goodreads (and inviting others I know), answering comments on the Scribophile blog, updating what I’ve already done, building my Twitter base (hey guys, over here, follow me, follow me, no me, over here, I said here, hey guys?) …

Plus I have my online course through UCLA Extension — incredibly wonderful, hard-woring students from around the world — a new one I’m pitching to LitReactor, three manuscripts to review and edit, a novel to finish (close, I’m very close)…

I’ve yet to inload any financial date into Quickbooks for my 2012 taxes, I’m refinancing my house (don’t get me started), my car needed new tires and a new radiator before I headed south to LA, my computer keyboard has developed a new glitch where — only in Word — the forward cursor moves backwards and no one at Microsoft has a clue…

Then there’s the happier end of Things to Prepare For: My other half, Mette, is driving cross-country next month with Hamley, the Wonder Dog, and moving in with me.

(I’ll be traveling to Norway and Turkey this summer to meet Mette’s extended family. Yes, she’s descended from Vikings and Turks. This is not lost on me.)

Every now and then, I get to read a book—which reminds me: Cara Black’s latest, Murder Below Montparnasse, is coming out on March 5th, and you can win a trip to Paris with Cara if you pre-order now. (I’ll be interviewing Cara about the new book on Wildcard Tuesday, March 26th.) 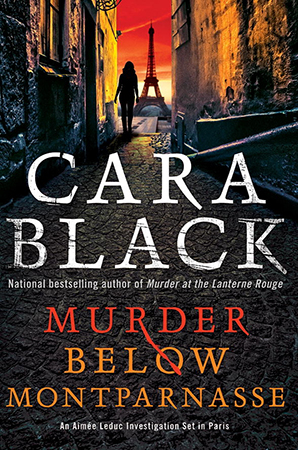 Oh, and lest I forget, you can buy copies of The Art of Character here.

So, Murderateros—what’s keeping you up these nights?

Jukebox Hero of the Week: Robert Earl Keen, Jr., one of the great Texas singer/songwriter/storytellers, with one of my favorite tunes ever, and something of an anthem for my life right now, thus the title of today’s post:

14 thoughts on “The Road Goes On Forever”