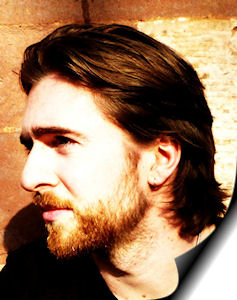 No less a literary light than John Banville has said of today’s guest:

Len Wanner is the perfect interrogator, subtle, accommodating, and incisive, and these interviews elicit many layers of deep, dark, and vital intelligence.

I got the idea to interview Len when I saw that The Crime Interviews: Volume Two, his latest collection of interviews, is now available in Kindle format from Amazon. (Volume One is also available, of course, in both Kindle format and in an edited bound version titled, Dead Sharp: Scottish Crime Writers on Country and Craft.)

For several years now, Len’s website, The Crime of it All, has provided fans of top-notch crime fiction a venue for some of the most insightful, interesting and informative author interviews and book reviews available anywhere.

To give a little insight into Len’s interviewing style, here’s a particularly intriguing question he’s put to more than one guinea pig—um, I mean, subject (including guess who):

Does the crime writer sit at the table of literature like a transvestite cousin at a family gathering, where he is silently pardoned while his fabulous hat is studiously ignored?

Well, I had nothing so wonderfully off-kilter in mind when I decided to turn the tables. I just wanted Len to have a chance to speak for himself for a change. Here’s where we got to:

This is your second set of author interviews. How does this one differ from the first—simply in the authors included, or did you have a different perspective or purpose in mind for these?

Both, I hope, but let me start by saying ‘thank you’ for offering me a role reversal and ‘sorry’ to your readers for accepting your offer. Who cares about the interviewer, eh? Well, let me give you my version of: “Enough about me, back to me.”

Speaking of role reversals, long before I started doing interviews, I walked in on Ian Rankin doing a television interview in his favourite pub. He was surrounded by preoccupied men, chained to their purpose by microphones thirsty for answers, and more preoccupied men still, chained to their pints by questions no longer relevant. We had never met, but I fit the bill. The director asked me to stand beside Ian to make him look of average height and sobriety. He turned around and I introduced myself: “You don’t know me, but I’m doing a PhD on you.” Classy. Acknowledging the unintended nerd-flirt with a laugh, he replied: “Is that what it’s come to?” Classier.

A few years later, I decided to extend my dissertation to the work of 30 Scottish crime writers. Interviewing them seemed like a good idea, so I read every interview I could find and questioned about 300 authors, including yourself, about their techniques and topics. When I thought I was ready, Ian gave me an interview for my first collection. Now he’s written the foreword for my second collection. Along the way, I came to appreciate The Paris Review Interviews and my ambition extended beyond academia. I’ve since tried to make The Crime Interviews do for crime fiction what The Paris Review Interviews have done for literature at large.

Why don’t you give our readers an idea of which authors are included in the first book and then this most recent book. How did you decide which authors to pursue and include?

I’m working on a third volume with another dozen writers, to be published later in the year. In each volume I’ve tried to include big names as well as big talents to represent the depth and breadth of contemporary Scottish literature. International bestsellers like Ian Rankin, Stuart MacBride, Quintin Jardine, and Denise Mina are well known without being known well, so I’ve interviewed them in the company of their peers, which I hope to offer an introduction to your new favourite writers as well as an in-depth reunion with those you thought you already knew.

You have become the interviewer of choice for authors hoping for a more in-depth examination of their work. Why do you think that is?

You’re very kind to say so, David, but a guess is the best I can offer you in answer to the first part of your question. Perhaps the authors you refer to can tell that my purpose is not to catch interviewees off guard, but to capture the fullest possible account of their writing lives: Who they are, what they have done, and how they do what they do best. I offer an occasion beyond their own books where a writer with something to say can hope to be heard, be it to create the definitive portrait of the artist or a deft contribution to his or her ultimate portrait. And since I try not to answer my questions myself, my interviewees may have the added satisfaction of creating, to a large extent, self-portraits.

I think unless you love conversation, you may unintentionally turn your interview into a questionnaire and your interviewee into a statistic. If I deserve your praise, I credit my family’s Streitkultur, which, in the absence of an English translation, is sometimes paraphrased as the ‘atmosphere of constructive debate’. I’d like to think I’ve since come to appreciate the implied meaning, which is to embrace the courage of your doubts.

You make writers feel very much at ease talking about subjects and aspects of their work that may feel unclear or uncertain even to them—and these are often the most fascinating parts of the interviews. Writers seem to feel free to conjecture, imagine, correct themselves, and generally explore. Has this just been because of the unique rapport you have with these authors, or do you deliberately try to let them know they can let down their guard and speak openly and freely?

Again, the first part of your question is hard to answer without asking the interviewees you think have shown such faith in me. So David, why did you feel very much at ease talking about subjects and aspects of your work about which you may feel unclear or uncertain?

(Answer: Not to be cheeky, but no one has ever asked me questions like that before, and I felt compelled to give thoughtful responses, which took me to places I just hadn’t thought about all that specifically before. I felt grateful for the opportunity.)

As for the second part of this question, I’d like to think that mutual interest, genuine curiosity, and sustained attention combined let most people speak openly and freely, but a lot depends on rhythm, which is why I try to build interviews, rather than be seen to dominate them. Perhaps the 20 interviewees in my collections were aware of our shared concerns: character development, narrative arcs, and unexpected turns.

You also go into greater depth concerning the artistic ambitions, the sociological implications, and the political nuances of each writer’s work than a great many other interviewers even attempt. Why do you think others shun these sorts of subjects, and why do you so consistently pursue them?

Because those who consistently pursue them don’t get a lot of by-lines. Newspapers, whether off- or online, give pride of place to exposés, Q&As, and reworded press releases, rather than artistic ambitions, sociological implications, and political nuances. Following hot on the heels of market forces, the audience’s expectation has dropped so low Pierce Morgan has his own TV show. The alternative, as ever, is publication in book form, but I suspect few interviewers are tempted by the extra effort and lack of financial rewards.

I certainly wasn’t. I was tempted by the prospect of impressing my lady friend, who is doing a PhD in Anthropology. I still am.

It’s clear that you believe the crime novel has more to offer than a ripping good yarn or the proverbial brisk read. What is it about the crime novel that you think lends itself to a deeper understanding of current events, how did you come to this viewpoint, and which authors do you think are particularly good at it?

Let me answer this question with a quote from a recent review I wrote:

“Why is David Corbett the next big American novelist? Because he knows what he’s doing. At a time when most men of letters think they owe it to themselves to be easily bruised, Corbett knows he owes it to his readers to be unique, understanding, and unafraid. Setting his sights on a world beyond his own is not colonial complacency but simple strength. He lets us see unfamiliar places and perspectives with the same humble sensitivity with which he lets us see our shared violence and suffering. He is at home in life, and even in his darkest moments he shows us the difference between imitation feeling and the real thing, the stuff that will singe your soul or make you wish you had one.”

(Note: The interviewer is blushing.)

How did I come to this viewpoint? I read a lot.

Do any of these most recent interviews, or parts of the interviews, stand out in your mind as particularly gratifying or interesting?

They all stand out in my mind, because I found out why…

–       William McIlvanney likes Montaigne, the passion of commitment without offence, and a place where the attempt at intellectuality cohabits with the utterly banal – dislikes using computers, boring himself, and the Scottish moment of being found out.

–       Denise Mina likes conflicting her readers, family days out with political protest groups, and the clown army – dislikes Derrida, prize committees, and protagonists who are right.

So Murderateros: Is there a question you’d like to put to Len?

Is there an author you’d like to suggest for an interview, or a particular interview you’ve read that you found particularly gratifying?

Do you think crime fiction is the transvestite cousin …?

Jukebox Hero of the Week: I handed selection over to Len this week, and he chose this mini-film for James Grant’s “My Father’s Coat,” complete with appearances by William McIlvanney and tartan noir superstar Tony Black, both of whom are interviewed in Len’s most recent collection:

18 thoughts on “The Perfect Interrogator: An Interview with Len Wanner”