Last Friday, Alexandra posted a call to the barricades titled Two Books a Year, in which she referenced a recent and already infamous New York Times article noting that, in the era of ebooks, anything less than two books a year is slacking. (Note: The Times article singled out genre fiction for this rate of productivity.)

I decided to spare my response for today’s post, because I think it’s a very important topic, and one that deserves real consideration by everyone who writes.

I agree with Alex that to write well one must write often. Daily’s not a bad regimen — some might say it’s de rigueur. An ambitious word count is great if you can manage it: say, 1,000 words.

I don’t agree, however, that: “Successful writers write a LOT of books. Tons. Staggering numbers.”

This is no doubt true of many authors, but I know a great number of superb writers for whom this simply isn’t the case. Junot Diaz is one. It took him ten years to write The Brief Wondrous Life of Oscar Wao. I think it was time well spent, and do not mourn the nineteen other books that were hypothetically aborted by his not keeping up a two-book-per-year pace.

I tend to shy away from the phrase “successful writer” because I consider the term loaded. In a letter to H.G. Wells, William James famously remarked:

The moral flabbiness born of the exclusive worship of the bitch-goddess SUCCESS. That — with the squalid cash interpretation put on the word success — is our national disease.

I could write a great deal more efficiently, and part of my modest output is due no doubt to an obsession with revision that is perhaps, well, obsessive. Charlie Stella, in our recent dialog here, referred to me as a “stone polisher.”

It may well be that this obsession with rewriting speaks not to artisitic excellence but a neurotic fear of being found imperfect. Shame has paralyzed artists far greater than me. On some level, however, I’ve accepted my imperfections and released my ambitious failures into the world. They’ve been four in number, fewer than I perhaps should have written in the same time period.

Am I therefore something less than a success?

I’m sure there are many who think so. And on some days, I’m one of them. Fortunately, those are just the bad days. (Or, as some folks call them: weekdays.)

There are writers who can crank out voluminous material without becoming stale, formulaic, or unintentional self-parodies. I marvel at Ed McBain’s output, for example, to name just one.

But there are others who focus not on overall output but on making each book a great book.

I was perhaps cursed early on in this regard by working with Tom Jenks, who among other notable accomplishments edited the unfinished Hemingway manuscript that became Garden of Eden, and who runs the online literary zine Narrative with his wife, the novelist Carol Edgarian (only two novels, both brilliant).

Tom asked a simple question: “If you’re going to write a book, why not make it a masterpiece?”

This question paralyzed another of Tom’s students, the thriller writer Andrew Gross, and it was only by putting this daunting measure aside that Andrew could write the books he knew he could write. And he is, by many measures, a success.

For whatever reason, I bought in to Tom’s point. And with each book, I’ve tried to write, if not a masterpiece, a book that at least tries to measure up to the greatest books about crime that I’ve read: The Long Goodbye, Cutter & Bone, Bellman & True, Nightmare Alley, Dog Soldiers, God’s Pocket, Clockers, The Long Firm, to name a scant few.

George Pelecanos, after reading The Devil’s Redhead, wrote: “Is this a classic? Maybe not, but I bet Corbett has one in him.” 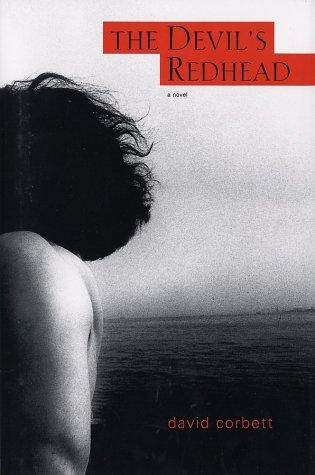 I’ve tried to live up to that challenge with every book. Perhaps I’ve failed. It may well be that I cannot write a classic, and never will, and trying has simply slowed down my output to the point I’ve crippled my own chances for—pause for emphasis—success.

But I’ve put my heart and soul into each effort in a way I never could have if I were cranking them out at two per year. I simply don’t and can’t write well at that pace. I have and will continue to suffer the consequences.

I need time to sink into my material, to discover, as filmmaker Leslie Schwerin puts it, “The thing beneath the thing.” I need time to catch the clichés in what I at first blush thought was a stellar idea, whether it was a bit of dialog, a description, a premise, a plot turn, whatever.

Writers who do work at the faster clip are often known more for their entire output than a single book, though often a handful of books stand out among the others. (Dennis Lehane, when responding to questions about why he didn’t take the Kenzie-Gennaro series any further than he did, routinely said: “Have you every heard anyone say ‘The seventeenth book in the series was my favorite’?”)

In a recent Jonathan Franzen appearance I attended (you can find his remarks online here), he talked about how much Kafka influenced him, and why. 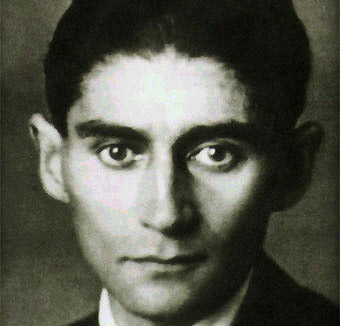 Basically, especially in The Trial (one of those non-genre crime books that has inspired not a few of us), Franzen admired Kafka’s commitment to teaching us “how to love ourselves even as we’re being merciless toward ourselves; how to remain humane in the face of the most awful truths about ourselves.” For Franzen, this engagement with the paradoxes of our existence, especially through examination of character, is what made the novel the great—and unique—art form it is.

Or, in Kafka’s own words:

A book must be the axe for the frozen sea inside us.

To anyone who can write two such books a year, more power to them. I can’t.

I think pushing yourself to do more, to do better, is seldom if ever misbegotten. But each of us has to choose the path of our work as we see fit and as our talent provides, whether we embrace the cold hard truth of market forces or dismiss them as anti-art. (My guess is, most of us fall somewhere in the middle of that spectrum.)

Being creative requires a great deal of resilience, persevering in the face of considerable resistance, frustration, negativity, and criticism—some necessary, some inevitable, some even useful. How you withstand those countering forces while remaining true to the inspirational spark that guides you will, to my mind, go a long way toward defining your capacity for success—no matter how high or low your productivity.

How do you see yourself and your career—as a producer of a steady output of solid work, or someone striving for that touchstone effort that simply requires more time?

Which prolific writer astonishes you with the consistency of his or her greatness?

Which author with only a few books to his or her name do you admire?

What is more important to you, the writer’s complete oeuvre or the individual book?

Jukebox Hero of the Week: Linda Thompson’s production has been limited by stage fright so severe it actually paralyzes her vocal chords. But she’s an artist I cherish, and I particularly love this song, “Katy Cruel” (also a favorite of our former comrade Cornelia Read):

50 thoughts on “The Pace of Prose”