I’m sure I’m not alone when I say that I find writing a synopsis the most difficult part of being a writer. But it’s also the most vital.

Even if you’re a seat-of-the-pants kind of writer, who sets out with an idea and runs with it until the end, you may still have to produce a synopsis after the event, in order to sell your masterpiece to a publisher.

If you go searching the subject, you’ll find almost too many websites, blog sites and articles to count. I’ve been hunting around and tried to come up with a general consensus of the advice that’s out there. Please feel free to add, contradict or explain your own theories!

If you’re a plotter to begin with, then you will probably already have the original outline you used as the backbone of your story. If you’re anything like me, though, by the time you’ve finished it will be covered in crossings-out and pencil alterations. So, your first job is to produce a clean, accurate outline.

I go through my manuscript as I’m writing and do a summary of each chapter or scene. A few lines, an idea of who’s doing what, and what might be happening behind the scenes to be picked up later. This is more for my own consumption than anyone else’s, however. It will not make the story sound particularly exciting, but it’s extremely useful when it comes to edits, because I can make my alterations to the summary and then transfer them to the manuscript itself.

When an ambitious robbery explodes into a deadly hostage situation, the motive may be far more complex than simple greed. Somebody has a major score to settle, and Sean is part of the reason. Only trouble is, he doesn’t remember why.

One thing’s for certain, though. No matter how overwhelming the odds stacked against her, or however hopeless the situation may appear, Charlie is never going to die easy.

A taster, yes, but this is NOT really a description of exactly what happens in the book, so not really a synopsis in its true sense. But at the same time it’s relatively simple, it mentions only two characters by name, so it’s not too confusing, and it gives you a pretty reasonable idea of who, what, where, why, and the conflicts faced by the main character, both physical and emotional. Plus the present-tense gives it an immediacy and impact.

At the beginning I include the detail about Charlie because I never assume people know the character. And I make sure I include the word ‘her’ so people don’t get confused from the start that she’s a woman.

But to take this and turn it into the kind of synopsis I could show to a publisher means a LOT more work.

For me, the main jobs of a synopsis are to get across the following:

The basic elements of the plot and what makes it different from other, possibly similar storylines the editor’s seen before. And NEVER say ‘and there’s this great twist ending’ without actually telling them what the ending is. They’re the experts. They’ll decide if it’s great or another cliché they’ve seen a million times before.

The attraction of the protagonist to a jaded reader.

If the subject or setting is topical or different or otherwise interesting.

To show that the writer can put together a good story, and write it in a stylish and gripping way.

So, to this end a synopsis should include the following:

The Hook―why is this book worth reading?

The Characters―what are their motivations, their emotions and the crises that challenge them?

The Story―told in a brief but enthusiastic way, as you’d describe a great movie you just saw to a friend who you’re trying to convince to go and see it. What happens, how the characters react, and what are the after-effects. Not, ‘the bad guys robbed the bank and then the good guys caught them, the end’.

The Climax―the event at which the protagonist overcomes or succumbs.

But this is not often one linear story. There are different elements that have to be considered and combined. First is the basic story itself:

What’s the incident or action that kicks the whole thing into motion?

What are the main events that put obstacles into the path of the protagonist?

What is the climax to the story?

What is the resolution to the story? Not the same as the climax. The climax could be the big fight scene on a sinking riverboat on the Mississippi. The resolution is what happens once the characters get back to New York and events have had time to hit home.

Then there’s your protagonist’s story:

Who is he/she? What drives them. What do they want―or want to avoid―and what’s preventing them from achieving this?

What situation or incident brings about change in their life?

How are they affected by the events of the book?

What is the ongoing effect on the protagonist’s life at the end?

And, of course, the story of your other characters:

Who is the antagonist―what do they want?

How do they attempt to achieve their goals and what obstacles to they put in the path of the protagonist in order to do so?

Are they changed by the events of the story, or do they bring about change in the protagonist because of their actions?

The relationships within the story:

What are they at the start?

How do they develop or change during the course of the book?

How are they tested, changed or broken by the climax?

How are they different at the end?

And finally, people get hung up on the length of a synopsis. Brief is good, but not if it makes the thing boring. Better to go to two pages and grab somebody than stick to one and send them to sleep. Theme and effects are more important, I feel, than a blow-by-blow of the action. The main events should be enough.

Use readable font size rather than trying to squeeze as much in as possible by going to 6pt. Single or double spacing? I always use 1.5, but that’s personal preference. Some people also advocate putting a character’s name in capitals the first time it appears. Again, this is personal preference, but I would make sure that character is always described the same way throughout. Not by first name, profession, and then surname―too confusing.

And just in case this has left you eager to put together a brief story of your own, I’m very pleased to mention the Flashbang Flash Fiction Competition 2013. Sponsored by CrimeFest. £2 entry free. 150 words maximum. Deadline March 1st 2013. First prize is two free passes to CrimeFest. Shortlisted and winning stories published online. Full details here.

This week’s Word of the Week is deus ex Meccano, which is a kit of metal bits and pieces which allows you to construct the ending to your book :))

16 thoughts on “The not-so gentle art of the synopsis”

@ElTucker123 @perlmutations Healing begins when the cancer is cut out. 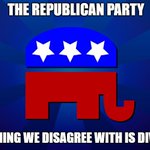 @wutimrlythinkn Good luck, and be careful.

@JamesDFHannah @PauljGarth O'Hara played broadly enough for the whole cast. Which is why Eugene Levy's performance was so perfect. He was a fantastic straight man.