Well, the disruption of Christmas is just about all over. I say that without any edge to the words. But for the past three days I’ve had the house filled with strangers—strangers I just happen to know well. 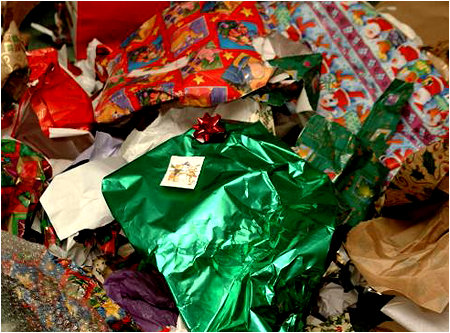 Please don’t misunderstand me. I love my family, but I’ve been living away from them now for far longer than I ever lived with them. As an individual I have grown to fill the expanded corners of my own existence in such a way that we somehow no longer quite fit together as the close family unit we once were. I daresay they feel much the same way about me.

And yet, this Christmas, I have appreciated my family more than ever.

But I know that Thursday—the day after St Stephen’s Day, or Boxing Day—marks a return to normality. And that brings with it more questions than answers.

Because I’m not sure I know what classifies as normality any longer.

It was only when I flicked through a favourite book before loaning it to a friend that I realised what probably lay behind this recent feeling of malaise.

The book is THE WINTER OF FRANKIE MACHINE by Don Winslow, one of the writers I admire most and a master of present-tense narrative. The passage in question comes at the start of chapter four: 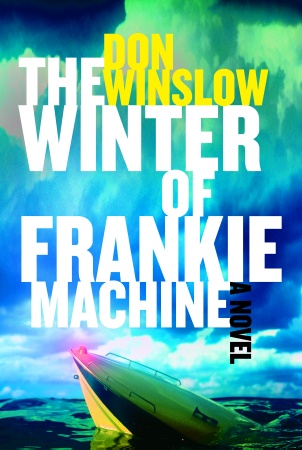 All Frank’s days are busy, what with four businesses, and ex-wife and a girlfriend to manage. The key to pulling it off is to stick to a routine, or at least try to.

He has tried—without conspicuous success—to explain this simple management technique to the kid Abe. “If you have a routine,” he has lectured, “you can always deviate from it if something comes up. But if you don’t have a routine, then everything is stuff that comes up. Get it?”

And I realised—doh—that I don’t actually have a proper routine.

For years I wrote fiction in the cracks of the day-job, but my day-job also did not involve any kind of set routine. As an example, few years ago I did two particular photoshoots on consecutive days. The first took place on a bitterly cold disused airforce base just outside Warrington in the northwest of the UK where the temperature was minus ten degrees. The next was on the sands of Daytona Beach in Florida in baking hundred-degrees-plus heat.

The unexpected nature of the job was one of the things I loved most about it. Through my photography work I met millionaires and criminals, the titled, the notorious, the hilarious, and the downright insane. But I never quite knew, from one day to the next, what it would bring. I suspect that was one of the reasons I clung to the day-job long after I could probably have let it go.

Now I am free to put all my effort into writing. And it’s tougher than I thought it would be.

Which brings me back to having a routine.

I need to create some more defined structure to my day. After all, I love writing. It’s all I’ve wanted to do for as long as I can remember. I have more ideas and plots and stories than I know what to do with, but if I don’t develop some organised method of working I’m going to burn myself to a frazzle inside a year.

Not only that, but I suspect I would soon start to resent the demands of the very job I always dreamed of.

So, taking the advice of Don Winslow’s retired hitman, Frank ‘Machine’ Machianno, I need to get myself a workable routine. One that fits in all the essential daily elements, including some time for simple domestic tasks—like doing laundry, keeping my accounts updated, and going to the supermarket—with all the other Stuff that’s an inevitable part of a modern writer’s life, like social media and marketing.

Oh, and a bit of time for writing, too.

And quite honestly, ‘Rati, I’m open to suggestions.

Do you have a daily routine or is it more loosely based than that? What are essentials for you—what do you try to do every day without fail, even if all other good intentions fall apart? 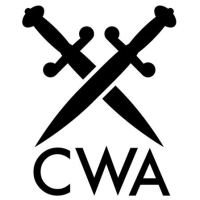 A couple of other points I’d like to mention today. The first is an appeal by Mary Andrea Clarke who is in charge of the CWA Debut Dagger competition. If you’ve never heard of the Debut Dagger and you are an as-yet unpublished author, it’s a brilliant way to get the start of your crime in front of top editors and agents. Past winners and shortlisted authors have gone on to great success.

Mary has asked for writers to provide for the next bulletin, one writing tip, and one criminal thought for the Holiday season. Suggestions welcome!

As well, I hope you don’t mind me mentioning that both the trade paperback edition and the US hardcover edition of DIE EASY: Charlie Fox book ten are now available to order. Thank you to everyone who’s said such wonderful things about this latest outing for Charlie—fighting it out with the bad guys in New Orleans.

This is my last Murderati post of 2012, so I wish you all health, luck and happiness for the coming New Year, and I’ll be back on Jan 1st with a Wildcard round-up.

18 thoughts on “The mental lightbulb”