Some people are natural short story writers – I’m not one of them. That’s not to say I don’t write them, but I’m not in the habit of dashing off a quick tale every time I’ve a spare moment. My brain just doesn’t work that way. If I want to concentrate on something, I have to make a conscious effort to open a particular mental door and see what’s inside.

In some ways, I recognise that I went about this writing game slightly backwards. I didn’t have my first short story published until two years after my first novel. And it wasn’t something I’d had lying around in the bottom of a box in the attic, waiting for the occasion. I happened to be at a Northern Chapter meeting of the Crime Writers' Association – which is not nearly as Hell’s Angel-ified as it sounds – when I bumped into Martin Edwards. Martin was editing the CWA anthologies, and he casually suggested, as we funnelled into the dining room for lunch, that I might like to submit a story for the latest collection. 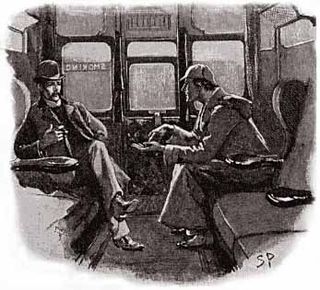 That year’s anthology was called GREEN FOR DANGER. It followed a previous anthology called CRIME IN THE CITY, so the countryside theme was a natural progression. In his introduction, Martin quoted Sherlock Holmes: "It is my belief, Watson, founded upon my experience, that the lowest and vilest alleys in London do not present a more dreadful record of sin than does the smiling and beautiful countryside…" How could I resist a brief like that? The result was ‘A Bridge Too Far’ about the bridge-swinging activities of a local Dangerous Sports’ Club, some of the details of which were drawn from life – including the fact that the local strict Methodist farmer had banned the club from using an ancient viaduct on his land every Sunday morning because he couldn’t stand the inevitable blasphemy as they launched themselves into the abyss.

I didn’t tell Martin until after he’d accepted the story that it was my first attempt, but he didn’t seem to mind. And no-one was more surprised than me when it was subsequently reprinted in Ellery Queen Mystery Magazine.

Since then, when asked and given a brief, I’ve written maybe another half-a-dozen shorts, including one for another CWA anthology, ID: CRIMES OF IDENTITY, called ‘Tell Me’, which has been used in a Danish school textbook, and turned into a short film. Is this a good time to admit that I wrote the whole thing during a long car journey?

When Megan Abbott was putting together her A HELL OF A WOMAN anthology, she particularly wanted stories about the forgotten female characters of classic detective fiction – the secretaries and waitresses and girlfriends. Those who lurked in the shadows rather than took centre stage. And when we missed a ferry to Ireland and ended up killing time in a little café in Stranraer on the west coast of Scotland, I watched the diners singularly ignoring the hardworking wait staff, and the story of Layla, a wronged waitress with a forgettable face, was born. ‘Served Cold’ was the result.

Writing a short crime story for the in-house magazine of a private bank was a tricky brief – no sex, no violence, no bad language. Lenny Bright arrived out of the blue, as an inept getaway driver who does and doesn’t quite get away with his crime. I was careful in ‘The Getaway’ to make the robbers target a building society, though, rather than a bank.

But give me no brief, no deadline and a very loose word count, and I tend to flounder. I think this goes back to my original route into writing, which was non-fiction. I started off as a freelance feature writer for the motoring magazines – the photography came along a little later – and I quickly became interested in car stereo, for which there were, at the time, several specialist publications. I was asked if I would take over a regular back page column for one of them, which was called ‘Random Play’. The brief was fairly loose – a round a thousand words of anything vaguely connected with car stereo or security. And I mean anything. 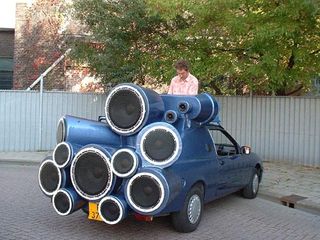 My first effort was a conversation between three men in a pub of the more and more extreme lengths they’d gone to in trying to prevent their cars being nicked. Nobody complained, so after that I filled the back page with weirdness – reports of strange military experiments with sound-based weapons; spoof letters from Members of the European Parliament outlining the latest pieces of bureaucracy gone mad, designed to stop anyone having a good time; tales of bass addicts and the lengths they’d go to satisfy their cravings.

For several years, I churned out this as a regular thing. Looking back, some of them were actually reasonably amusing, and the publisher kept sending the cheques, which is the only real indication of approval of your work that you seem to get in this business.

But then I decided that the time had come to move on, although I promised to do a guest spot if a really entertaining idea occurred to me. Needless to say, without the pressure of a regular deadline, it didn’t, and I never wrote another ‘Random Play’ page.

So it is with short stories. If someone says "write anything", it’s too much choice. The more guidelines or restrictions, the more my mind gets to work on integrating or circumventing them. Last year, I was asked to judge a local short story competition, with the theme of ‘Wild’, which was open to any interpretation the entrants cared to place upon it. And in the end, the final decider – in addition to the usual qualities – was how well the winning story incorporated some aspect of that theme.

So, when I was asked to do the second chapter of a round robin story this year, I was thoroughly intrigued, but not a little apprehensive. It’s another first for me. Stuart MacBride was kicking the whole thing off and I received his opening chapter a couple of weeks ago. Not an easy act to follow, isn’t Stuart. Mainly because his stuff is effortlessly very funny, dammit.

So, I tapped into the humour vein I haven’t opened up since those ‘Random Play’ days and went for a similar tone and style. Only time will tell if I’ve managed to carry it off or not. But if the person writing the chapter in front of you makes it dark and tragic, or light and comedic, do you follow suit, or go your own way? I think I’ve picked up the threads he left, continued the characters he introduced, plus one of my own, and doubled the body count. What else could I do?

If you’re writing for an anthology with a specific theme, how closely do you try and follow that theme?

Have you ever tried out a new character in a short story, and then gone on to write a book involving them?

Have you come across characters in short stories that you wish the author would carry forwards into a full-length book of their own?

This week’s Word of the Week is paramnesia, which is a memory disorder in which words are remembered but not their proper meaning; the condition of believing that one remembers events and circumstances which have not previously occurred. Its roots are from the Greek para beside, beyond, and mimneskein to remind.

23 thoughts on “The Long and The Short of It”