I must’ve
dug in that big, yellow box for fifteen minutes, the first time. Just could not
believe I wasn’t finding what I was searching for. Damn them. I wasn’t just
looking for the prize. I was searching for
it. Dug around the outside of the waxy paper bag the cereal had come in.
Slid my hand down the flat of the wide sides first, scrabbling my fingers below
the bottom of the bag, feeling the rough cardboard against my knuckles. And
coming up empty. Then retreated, reorganized. Listening for my mom. Pushed my scrawny
little wrists down the skinny sides of the box, thinking it was wedged there. Still. Nothing.

Surely they
wouldn’t have buried it in the cereal?

Okay, fine.
Shoved my hands down in the cereal. (I don’t know how old I was. Probably old
enough to know that I wasn’t supposed to be shoving my hands down into the
cereal.) (I only did that to the cereals I didn’t like and knew I wasn’t going
to eat) (oops) (Of course, I could have gotten down the big bowl, poured the
cereal into it, searched for the toy, gotten it, returned all of the cereal
back into the bag, bag back into the box, box back into the pantry, but then I’d
have had to also clean out the bowl and put it up and I ask you… you’re
standing there with eight things to do or you know you have a little brother—the
same little brother who thought it was hysterical to DRUM on your door, day in
and day out, 24/7, using your head sometimes as the crash cymbal, yes, THAT
little brother—and you can use said little brother as a fall guy, what would you
do, hmmmmmmmmmm?)

Then, most
of the time, there was the finding the plastic toy, and it was always simply
that: stupid, plastic. Nothing close to the real thing.

I wasn’t
disillusioned. I just knew I hadn’t found it
yet. And it was out there.

I knew that
finding it was just a matter of perseverance.

Looked into
all of the Cracker Jack boxes. (Hated Cracker Jack. I don’t think my parents
realized ‘til years later why I would agree to a box of the damned stuff. My
brother, though, was good for getting rid of whatever I didn’t want to eat.
Younger brother, very handy to have sometimes. Especially if someone is going
to get into trouble for digging in the cereal box.)

Still, it
was not there.

I was pretty
convinced. Some people had superpowers.
They had to have found them somehow.

Tried the
towel pinned around the neck thing. (Turns out, this will not make you
fly.)(ow)

Tried the
wiggle-your-nose-to-make-something-float-to-you thing. (Not highly recommended
to be done in front of witnesses.)

Scoured the
hell out of my brother’s comic books, though I was old enough by then to
understand that maybe superpowers weren’t ever really going to happen. (I’m
still not 100% sure I’ve given up all hope.) (My brother, by the way, forgave
me for the cereal boxes.) (Well, last year.) (I think.)

Then one
day, my little brother and my (slightly barely hardly at all younger, ha, she
is going to kill me) cousin, Danette, and I were together while our parents
visited. We’d pretty much exhausted our imaginations, and there were no such
things as video games, wargaming, internet, iPods… (YOU, YES, YOU THERE IN THE
BACK MAKING THE “OLD” JOKES, I CAN HEAR YOU, I LIED ABOUT THE SUPERSONIC
HEARING, DON’T MAKE ME GET MY CANE OUT TO BEAT THE CRAP OUTTA YOU)… anyway, out
of complete desperation to keep them from arguing, I made up a story. I have no
clue what the point of that story was, but in it, we were superheroes (with
some sort of super bus or super car, I was just radical with the transportation
there). And Mike and Danette were quiet. Completely quiet, the entire time, and
if I tried to bring it to an end, they’d ask for more. And then the next time
Danette visited, they wanted the story… first.

I was
hooked. Hot DAMN, a superpower.

Do you
remember that Daffy Duck cartoon

where he’s all determined and snatching
something away from Bugs, claiming, “Mine, mine, ALL MINE,” and it blows up on
him? LET’S PRETEND MY SUPERPOWER IS NOT LIKE THAT. Thank you.

Now I
realize that a bunch of other people
have the same superpower, but we are still going to call it a superpower
because that is a LOT cheaper than paying for therapy. And I also realize that
a lot of these other people have this same ability but in the MEGA HUMONGOUS
SUPER WATTAGE size… they are sort of like the Superman with all of the bullets bouncing
off and I’m over here with my little silver surf board thingie and the only
thing I may be able to do is surf around, but by God, I’m going to do it with
enthusiasm, so I’m happy.

Meanwhile,
having not completely given up the idea that there still may be another
superpower out there that I have that I’ve missed, I’ve thought about this.
(Yes, the fever is fine, why do you ask?) Those superheroes, with their cool
superpowers—they suffered. They had a
lot of angst. Sometimes they didn’t realize just how valuable their superpower
was, even though others could see it clearly. Which got me to thinking that
maybe I actually have a superpower,
but it’s just not something that I realize
is a superpower. Because God knows I have angst! Plenty of it! It would fit the
pattern! All was not lost! So I thought long and hard about the things I’m
really exceptionally good at, and my list looks something like this:

2) Able
to shove an entire two rooms’ worth of junk into ONE closet, and still find
stuff

But how
about you? Did you want a superpower as a kid? And right now, what is your
superpower? (I know you have one.)

CONTEST: just stop in and say HI or name your superpower (or name someone else’s, it’s all good).

Remember, it’s CONTEST MONTH — every commenter on today’s post will be eligible for a signed copy of BOBBIE FAYE’S VERY (very, very, very) BAD DAY as well as a hot-off-the-press, not available in the stores ’til the end of the month BOBBIE FAYE’S (kinda, sorta, not exactly) FAMILY JEWELS. Excerpts from book 2 are now up HERE. Winner from this week to be announced on next Sunday’s blog.

WINNER FROM LAST WEEK — Lisa Richardson! (Can I just tell you all how blown away I was? I know it was a holiday type of entry, but I wanted to thank every single one of you who took the time to stop by and email. I was floored.)

Like last week, I put the names in a hat and my neighbor chose. So Lisa, please email me at toni [dot] causey [at] gmail [dot] com with your
address and I’ll get your signed copies mailed out to you this week!

42 thoughts on “the lesser known superpowers” 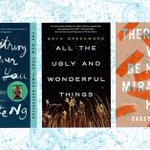