I’m in Toronto this weekend for the World Horror Convention.   So is
Simon, but he threatened me under pain of death and torture not to talk
about what HE’s been doing.

(Come to think of it, threats of pain and torture are probably de rigeur at a horror con anyway, so perhaps I’ll just spill.)

Toronto is a beautiful city.   Huge.   I had no idea.   We’re right
downtown attached to the Eaton Center, a mall that is so big that even
five minutes inside is too overwhelming – I’d rather walk around it.
The interesting thing is that the mall and the hotel have grown up
around a very Gothic 1847 church.   I have stained glass right outside
my hotel window.   It sets a cool mood for all of this.    I went
inside yesterday and it seems homeless people just live there – there
were a good dozen people asleep in different pews and chairs.
Somewhat like the courtyard scene in Sleeping Beauty after the whole
kingdom has been put to sleep.

There are other enormous churches every block or two, interspersed with
all the skyscrapers..   It’s also surprisingly warm (I was prepared for
sub zero and the lakes were still quite frozen flying in, so the
walking temperature is a welcolme surprise.

World Horror is a professional con, which means you’re not running into
The Grim Reaper and various Pinheads and the two little girls from THE
SHINING walking around as at fan conferences, which I kind of miss.
But it’s been a great con so far.   Lots of Brits – I finally got to
meet Ramsey Campbell and Tim Lebbon, two writers I’ve been a fan of for
ages (well, Ramsey for ages, Tim for years).   It’s always the greatest
pleasure to hang with F. Paul Wilson and Tom Monteleone and David
Morrell – not just three of the most charming men on the planet, but
like a constant master class in – mastery.   Joe Landsdale is here and
is my new favorite icon (all these guys could just as easily have been
actors as writers – it’s constatnly amazing to me how multitalented
authors are).

I had a fabulous day yesterday signing with Sarah Langan, who is also
up for a Stoker for First Novel – and we did our own mini-drop in
bookstore tour yesterday (both sleepless and like the walking dead, but
that made for some hilarious and appropriately Twilight Zone moments).

And I’ve been completely adopted by a group of WHC professionals –
Eunice Magill, Maurice Broaddus, Chesya Burke, Michelle Wilson and
Lucien Soulban, who are making everything very easy and comfortable.

Panels all day today and then the awards ceremony at night.    Lots of
interesting programming on crossing genres so I really will try to
update some of the highlights during the day today but of course have
had maddening Internet access.

And of course, a full report on Simon.   You’re just never going to believe it.    😉

Lots of good trial commentary today-so much better than what used to be the norm even a few years ago- but have especially appreciated the clarity and depth of fellow law profs @ProfMMurray and @LawProfButler.

@CapehartJ @LawProfButler @OakCliffLawyer @JoyceWhiteVance The judge cutting him off was painful. So is he going to try to jump back in for even more of the same after the break, or play it off like, nah, man, I was finished anyway? Awkward.

Oof, if a judge suddenly stopped my closing argument mid-stream (if that can be called a stream) to declare the lunch break, I'd seriously rethink my choices.

@CapehartJ @LawProfButler @OakCliffLawyer @JoyceWhiteVance They're all hangry right now and if they think about that stupid chocolate chip cookie analogy at all, it will be because they really want a cookie. 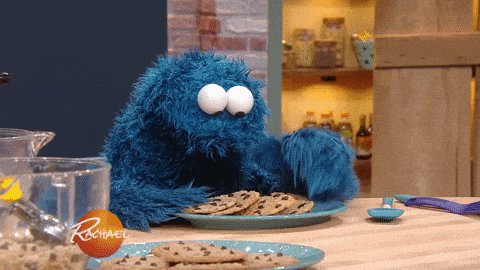 Reply on TwitterRetweet on TwitterLike on Twitter10Twitter
Load More...