Today, instead of working on my blog post, I’ve been forced to write what none of us wants to write.  I’m the author in the family, so of course this painful task fell to me.  After all, writing is what I do for a living, so certainly I should be able to pull this off. But I found myself paralyzed at my keyboard, unable to summarize, in just a few paragraphs, the life of a complex, passionate woman.  Somehow, I managed it.

I wrote my mother’s obituary.

I am drained.  Today, it’s all I have to offer. 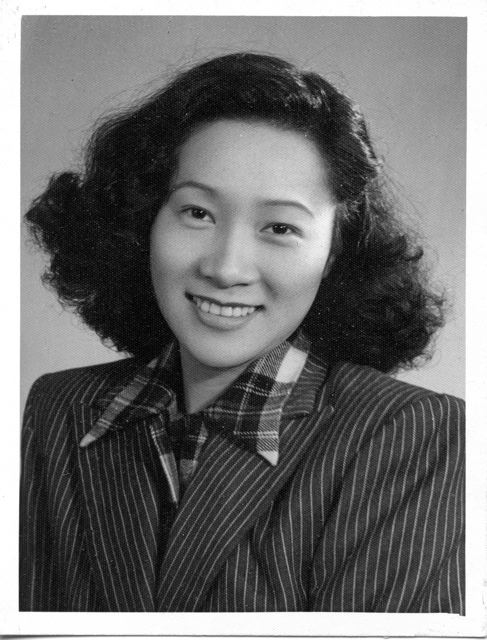 Jui Chiung Tom, known to friends and family as Ruby, passed away peacefully on October 16 at the Quarry Hill retirement home in Camden, Maine.  She was 85.  A native of Kunming, China, she came to the U.S. as a foreign student.  She was the first Chinese coed to ever attend Arkansas College, where her American classmates dubbed her “Ruby” because they found her Chinese name impossible to pronounce.  She planned to return to China, but the Chinese Revolution cut off her hopes of going home.  From afar, through an exchange of carefully worded letters, she learned of the hardships suffered by her parents, whose large estate in Kunming was confiscated by the government. She never saw her parents again.

After her marriage to Ernest B. Tom, Ruby settled in San Diego, where her difficulties as an immigrant inspired her to help other Chinese immigrants.  Even while busily raising two children, she managed to earn a Master’s degree in Social Services at San Diego State University.  In 1972 she co-founded the Chinese Social Service Center, now known as the San Diego Chinese Center.  39 years later, the organization she created continues to provide social services and cultural programs for the San Diego community.

With the re-opening of China to tourists, Ruby was finally able to visit her homeland several times, and she was delighted to meet nieces she’d never seen.  A fearless traveler, she often made bold and surprising choices in life — including a decision to get divorced after 32 years of marriage and live by her own rules.  After moving to Maine in 2008, she settled in at Quarry Hill, where the extraordinary and compassionate care of the nursing staff eased her final days.

A private family service is planned next summer in Kunming.

She is survived by her daughter, novelist Terry (Tess) Gerritsen of Camden, Maine, her son Dr. Timothy Tom, an anesthesiologist in Corpus Christi, Texas, and her grandsons Adam and Joshua Gerritsen, and Christopher Tom.  In lieu of flowers, the family would deeply appreciate donations to the American Heart Association:

45 thoughts on “The hardest writing I’ve ever done”