I’m away this week, celebrating a most blessed event. My parents have been married fifty years today. FIFTY years! Can you imagine being with the same person for the vast majority of your life? (I can, but I’m lucky.) What an amazing example they’ve been to me, both in life and in love. Thanks, guys!

I love creating characters. They come from within and without. Today I’d like to talk about the characters that are inspired by people you may meet — the ones with personalities, looks, language abilities (or lack thereof), even smells — the strangers who flit through our lives. How many have you come across who are so striking you feel compelled to co-opt them directly into your manuscript?

Simon had a great post a while back about people’s hidden superpowers. I said at the time that I had none. Since I’ve had time to think more about it, I realize that my secret superpower is to be in situations where strangers feel it necessary to share their innermost secrets with me. I also seem to attract people very different from myself. I’ve always seen that as a blessing. Now that I’m writing full time, it’s a bit deeper than that.

I’ve had two of these run-ins this week alone. It got me thinking about the effect these chance meetings have on my writing, and the simple fact is I co-opt these people, fictionalize them and slap them into my books or shorts.

The first was a woman, late forties, bleached blond hair in a Farrah flip, lots of make-up. That was my first impression. I watched her stand in front of a mirror, a large make-up bag at the ready, reapplying another layer of foundation. She moved on to her lips, then refreshed her eyeshadow and mascara. She turned to me and I thought she looked a bit like a Kewpie doll, all dressed up and nowhere to go.

I was getting a pedi, in preparation for this trip. She came and sat next to me, shoulders slumped. She dunked her feet into the water and I noticed her wedding band, on her third finger. I saw the veins running under her nearly translucent skin, blue and sluggish, and realized she was terribly thin. And pale. She spoke in a whisper, telling the tech that she’d just left the hospital. There was a problem with her heart. They didn’t know what it was. She talked about the tests, the uncertainty, how very alone she felt.

She was in the shop the entire time I was there, and I overheard most of her story. Her husband was cheating on her and had just filed for divorce. A sister was dumping problems on her which seemed like minutiae compared with possible congestive heart failure. She felt taken advantage of by everyone in her life, was complaining bitterly about how bad things were. I started to wonder if perhaps she just had a broken heart, a real live broken heart.

Snip. She went directly into the mental tertiary database.

The second was as disturbing, but in a different way. Hubby and I went out to breakfast on Sunday. Our usual spot had a long line, so we went to a different place, a same name chain store two exits up the highway. We took a seat at the counter, ordered our cheesy eggs, and I started looking around. The non-smoking section was made up of an amalgamation of typical middle Tennessee — a middle aged woman in capris, with a Coach bag and fine highlights; an interior designer meeting with a client; two young couples: one with two adorable little boys dressed in madras pants and polo shirts with the collar up, the other childless, faces pinched at the noise.

The smoking section was more ethnically oriented, with several Hispanics and African-Americans sitting along a low counter. Smack dab in the middle of the line-up was a skinhead and his woman. And I’m not talking about some wanna-be young kid trying to look cool, this guy was the real deal — Aryan Nation, prison tats all over him, two giant swastikas on his neck, and a "White Power" T-shirt. And he was yapping. Loudly. Rudely. Enough that the poor African-American waitress behind the counter burned four waffles in a row because she was blinded by tears at the outrageous goings-on. The rest of the folks gamely ignored him, and left quickly. There was one man, with a doo-rag and tattoos so thick on each arm that no flesh showed, sitting with his son, who engaged in a friendly battle of intellectualism with this asshole, but the rest of us sat stiffly, not knowing what to do. To be perfectly honest, I wanted to go tell the skinhead what a jerk he was, but I was afraid. My God, this guy could snap my neck with a single hand. And isn’t that where the problem lies? They can have power, and control, through intimidation alone. What kind of power is that?

But when I put him in the book, and create a scenario around him, my tough as nails cop can engage him. Physically. I’m looking forward to meting out some fictional justice in honor of the innocent people sharing my brunch. Maybe I’ll dissect what made him who he is, how he came to be on that path, search for a reason. Maybe I’ll let him be a stereotype; that’s certainly how I reacted to him in person. Hmm. Maybe I’ll be the one with the power in the end.

I can’t help but steal these strange souls for my tertiary characters. I don’t know who influenced me, but I’ve always felt that it’s vital to a story to make every character count. If they are going to exist in my pages, they need to have worth, big or small. Characters can be drawn with simple strokes or complex explanations. I do a little of both depending on what the scenario calls for.

Do you have a favorite ripped from real life character? And if you’re a reader, what makes these sometimes nameless characters sing for you?

From the back of the bottle, a sentiment so fitting for this post — "My old grandfather made and enjoyed wine for 80 years. He told me the soil in which the vines lived were a layer cake. He said the wine, if properly made, was like a great layer cake, fruit, mocha and chocolate, hints of spice and rich, always rich…" A. Orlando

May all your stories and characters be layer cake! And please join me in congratulating New York Times bestselling author Laura Lippman on her first NYT slot (whoot! whoot! whoot!) and fellow debut author Kristy Kiernan, whose brilliant first novel CATCHING GENIUS just went into a second printing, a mere two weeks after its release! (Triple whoots to you too!) Seems I remember predicting people might like that one…

19 thoughts on “The Great Character Co-opt”

@MollyJongFast Planet of the Attention Whores. 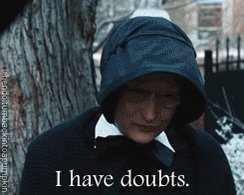 @toddstarnes No, and everyone who died of smallpox before there was a vaccine doesn't get to come back to life, you dolt. 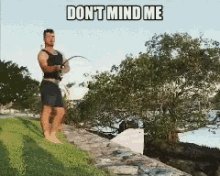