“Down these mean streets a man must go…”

So begins one of the most famous quotes in crime fiction, from Raymond Chandler’s essay, The Simple Art of Murder. For years, though, those mean streets were in a limited number of places, all of them big cities. Phillip Marlowe had L.A. Sam Spade had San Francisco.  Mike Hammer (and most everyone else) had New York. Spenser had Boston. For the longest time, it seemed only the metropolis was where the action was, crime-fiction wise, at least on the hardboiled end of the spectrum.  You’d think the only big crimes were in big towns.

Those us from outside the sprawl  knew differently, of course. It’s not just urbanites who have it brought home to them that  “murder is an act of infinite cruelty.”  For every mean street, there’s a dozen dirt roads just as mean, if not meaner. Not to mention your mean desert highways, your mean mountain roads, and your mean bayous.

Eventually, crime fiction began to reflect this.  James Crumley gave us Milo Milodragovitch and C.W. Sughrue out of Montana. James Lee Burke gave us Dave Robicheaux from  New Iberia, Louisiana. Stephen Hunter gave us  Bob Lee and Earl Swagger, of Blue Eye, Arkansas, and points west.  The list goes on and on: CJ Box, Nevada Barr, Daniel Woodrell,  the amazing Lori G. Armstrong….and let’s not forget our own Pari and Toni, who  set their books in small towns in the Southwest and Louisiana, respectively, and Louise, who spends a good part of her fictional time in the Arizona desert.

And, while I’m on the subject, just let me say I’ve read a couple of as-yet-unpublished crime novels set in rural areas: Anthony Neil Smith’s YELLOW MEDICINE and Ed Lynskey’s  PELHAM FELL HERE.  Both of them are flat out fantastic. Dark,  gritty,
and as merciless as a farm foreclosure. When they come out, grab ’em.

Obviously, this is a subject near and dear to me, because most of my books are set in rural and small-town North Carolina. That’s what I see, those are the voices I hear, so that’s what I write.

I wonder sometimes, though. While there are a lot of books set outside the major cities, and a few achieve success, the real heavy sellers—your Crais, your Connelly, your Lehane, your Pelecanos—seem to be mostly working within the classic metropolitan  locales. Sometimes it seems as if the farther you go out into the country, the harder it gets to hit that big bestseller.

Is it just that there are more readers in big cities and they’re more likely to identify with an urban detective than they are with a small town or rural one? Are editors and reviewers more likely to warm to a gumshoe  that works the mean streets they could take a cab to (if they dared) rather than a sleuth  with mud on his boots?

City ‘Rati, Country ‘Rati: Where y’all from? And does it affect what you read? And what are your favorite crime novels from off the beaten track?

17 thoughts on “The Gravel Road of Broken Dreams” 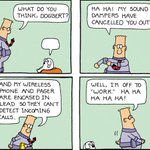