Yesterday I attended a memorial celebrating the life of a wonderful friend, David Thompson, manager of Houston’s Murder by the Book and Publisher of Busted Flush Press.  Since his death two weeks ago, plenty of his friends (including me) have posted tearful tributes, so this won’t be another one of those.

But the last two weeks have had me thinking about generosity.  David was as generous a soul as this world has to offer.  As a bookseller, he welcomed his customers with an infectious smile as if greeting them in his living room.  He’d knock himself out to build to-be-read piles filled with books his customers would never find on their own.  By handselling books that would be sold no other way, he helped energize the careers of young and independently published writers otherwise forgotten in a world of Wal-Marts and CostCos.

As a Publisher, he not only published but tirelessly promoted the works of his authors.  Here he is with our own Zoe Sharp, whose entire Charlie Fox backlist was republished by Busted Flush Press.

The last time I saw David in person was at this year’s Edgar Awards, where David continued his tradition of making sure his nominated authors were there, supported by their publisher – something even major New York publishers don’t always do anymore. 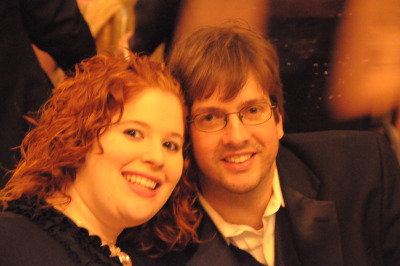 David Thompson and wife, McKenna Jordan, at Edgars 2010And as a friend?  As a friend, David was so generous in every way — with his his time, money, humor, and love — that I can’t even begin to offer specifics without risking another one of those tearful tributes.

But David wasn’t the only generous person in this little crime fiction world of ours.  Instead, he seemed to exemplify a supportive spirit that permeates our writing community.

Take a look at any of your favorite crime writers’ websites, and you’ll most likely find evidence of generosity.  Blurbs.  Photographs from joint events.  Blog posts describing the emotional support and sounding boards that other writers provide for us when our thoughts go dark or blank.

Who are some of the people who have been generous to me in this writing world?  I’ve been blessed to have almost all of my favorite writers read and endorse my work: Michael Connelly, Laura Lippman, Lee Child, Harlan Coben, Sue Grafton, Linda Fairstein, Jan Burke, Tess Gerritsen, Tami Hoag, Sandra Brown, Faye Kellerman, Kathy Reichs, and Lisa Gardner.  I know these recommendation don’t come solely from generosity.  They have to be earned.  But these writers are all busy people who could sit back and worry only about themselves, but they’re the types who send the ladder back down for others to climb up, waiting at the top to offer a hand.

And it’s not just the blurbs.  Harlan Coben agreed to do a joint event with me when he was booked for The Poisoned Pen in Phoenix on the only day I could fit in a stop over spring break. 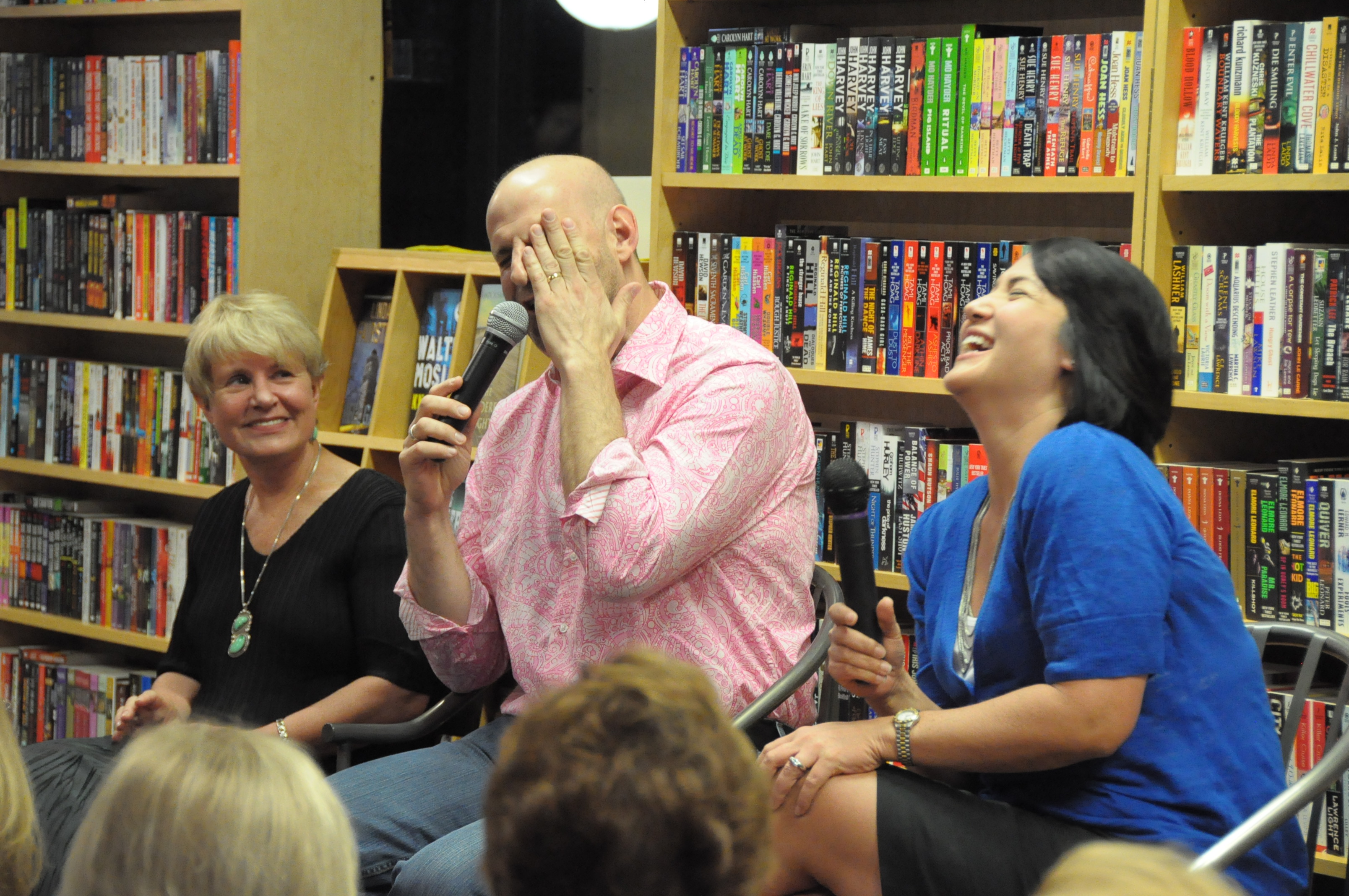 Michael Connelly gave me a shout-out in the Wall Street Journal when asked about his summer reading list.  Laura Lippman traveled up to New York City on her own dime to address the local chapter of Mystery Writers of America, and all I had to do was ask. 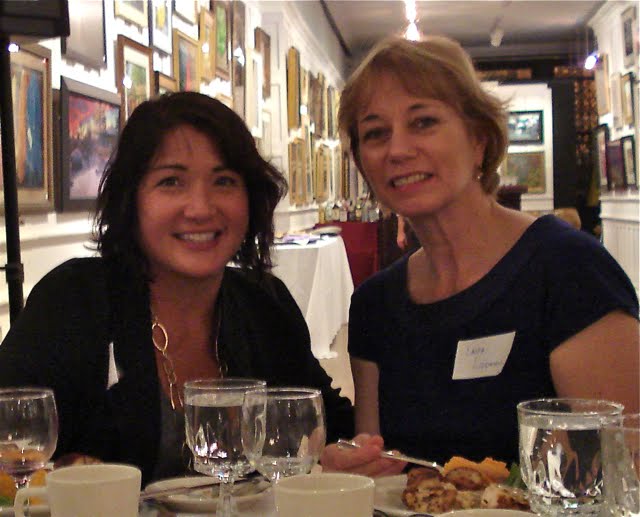 Lee Child’s support could fill its own blog post: giving me a ride from JFK to my parked car at LGA when he knew nothing about me other than the fact that I stupidly managed to fly home from Bouchercon into the wrong airport; helping me fill a Manhattan Barnes & Noble by agreeing to play a much hotter James Lipton by interviewing me for the launch of Angel’s Tip; and let’s not forget about that two-night-stand Jack Reacher had with my Samantha Kincaid at the beginning of Bad Luck and Trouble.

The gang at Murderati has been generous, welcoming me into the fold even though they really didn’t need another blogger, especially one who sometimes goes missing from her computer for a few days at a time when the day-job transforms her into a 24/7 law professor.

Independent booksellers and librarians have been generous, helping introduce my work every day to new readers.

My readers are ridiculously generous, talking up my books to friends and neighbors, sometimes driving hundreds of miles to greet me on tour, and serving as my virtual kitchen cabinet on Facebook.  (This week, I think more of my readers voted on my new author photo than in last week’s primaries!)

And where would I be without my people who see me through the dark times?  I’ve never been a writing-group kind of writer.  No critique exchanges for me, please.  As far as actual content goes, I sit in the sandbox by myself until the castle is done.

In the last two weeks, I’ve seen this little crime-fiction world of ours turn on its generosity full force to support Murder by the Book, Busted Flush Press, and David’s widow, McKenna, but it’s a generosity that is always there, benefitting all of us.  I don’t think it’s an overstatement to say that many of us, like David, have found a second family in this world.  I wanted to spend today writing about the gratitude that I always feel but am usually too snarky to express.

Who are the people in your lives who have been generous?  Give ’em a holla’ in the comments!

37 thoughts on “The Generosity of Friends”