One day I’m going to be able to type ‘THE END’ on a work-in-progress and think, ‘Wow, what a masterpiece – and such a breeze to write. Next?’ 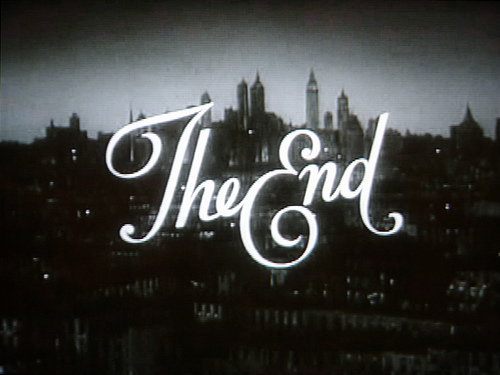 The reality is that I finish each book feeling like I’ve come through a battle, battered, bloodied, exhausted, and filled with a dreadful wake-in-the-night-sweating kind of fear that what I’ve written is absolute nonsensical rubbish that will be laughed at by anybody who picks it up.

For writers, however, this is normal.

OK, for most writers, this is almost normal.

I’m beginning to think I definitely fall into the category of writers who enjoy having written rather than the process of actually writing. Having said that, the first two thirds of the book were less troublesome than the last third. I tend to self-edit as I go along, so stopping to unravel and re-ravel bits of the story always slows me down, but I just can’t move forwards knowing something isn’t quite right with the bit I’ve already done.

I keep thinking there must be an easier way.

There never is. <sigh>

I’ve been over the typescript so many times I can’t tell if it’s good bad or indifferent. I’ve tried to make sure the emotional tension is as high as the other dangers. I’ve checked my action scenes are physically possible and make sense, and looked at the positioning of chapter breaks.

Of course, my long-suffering Other Half, Andy, has read every bit of the book at the just-written stage, but that means he’s as close to the story as I am. Now I need people who haven’t lived through every twist and turn and aren’t bored silly by it quite yet.

So, now DIE EASY is out with test-readers and having celebrated by doing the ironing (gosh, I know how to live) I have already started to look at my outline notes for the next project.

Basically, this is a coping mechanism so I’m not thinking about their verdict. It didn’t help that one of my test-readers rang up the day after receiving the typescript with that awful question: “Erm, has this gone out to everybody else yet …?”

“ARGH! NOOOOOOO! What terrible mistake have I missed that you’ve spotted it already?”

We do have a designated First Responder in the valley who has charge of the defibrillator, and I very nearly had to call them out at this point.

I have a small group of test-readers, mainly avid readers but a couple of writer/readers as well. I try not to bother my writer friends too much, as I know how time-consuming it is to go through a t/s thoroughly, and how distracting it can be when you have your own stuff to work on.

My test-readers are not necessarily fans of the character, but chosen both for their insight and their gentle brutality. If there’s something not right I need to know, but in my fragile post-book state I don’t want to be beaten round the head with it.

I suppose first of all I need to know does it keep you turning the pages. I want to have written something that you find hard to put down, that keeps you reading – just one more chapter – late into the night.

I need to know if the pace feels right, with enough light and shade between action and introspection to create the natural rhythms of the story. Is it too slow in the first half and then too compressed towards the end?

Does the behaviour of the characters feel logical and cohesive? Do they feel like real people or puppets to the plot? Do you care what happens to them?

It’s only really in the last instance that I want to know about minor plot-holes. Yes, it’s useful to know if a character stands up twice in a scene without sitting down again in between, or if I’ve managed to include a nine-day week, but that’s the kind of thing that the wonderful copy-editors usually catch, bless ‘em. And besides, I’ll be making yet another pass through the t/s once I have my test-reader comments in. Hopefully there will be a week or so’s distance by then, and I might even spot such stoopid mistakes myself …

And then my editor gets hold of it and I go through the whole painful process again.

So, how analytical are you when you’re reading a book? Do you try to work out what made you enjoy it and instantly look for the next by the same author? And to the writers among you, who do you use for test-reading your work? Do you use anyone other than your editor? And finally, any suggestions from people as to mindless (but repeatable in polite company) activities I might be able to engage in to take my mind off the waiting?

This week’s Word of the Week is epyllion, which is a poem with some resemblance to an epic, but shorter, from the Greek epos, meaning word.

Alex has just reminded me that in the interview she so kindly did with me on Jan 19th, we promised a giveaway of one of the first five books to a randomly chosen commenter. Alex told me to pick a number and she informs me that it lines up with Reine. So, drop me an email, Reine, and I’ll send you an e-book!