by  Satan, Prince of Darkness  (guest blogging for J.D. Rhoades)

Howdy, folks. Satan here. Dusty’s a little tied up right now between holiday traveling and working on a book proposal, so I agreed to fill in this week for him. Little does he know what the price for that is…whoops, never mind.

Anyway, as some of you may know,  I loooove making deals. I’m  like my good friend Donald Trump in that regard. But a deal’s not a deal to me unless there’s a little, let’s say, twist involved. You may get what you want, but I have to get a little fun out of it too. That’s fair, isn’t it? It doesn’t make me a bad guy.

So here are a few proposals. You tell me, Deal or No Deal.

1) You will be the world’s best-read and most -beloved author. Millions will read you, everyone will know your name, and every one who does  will love you. The catch is: all your sales will be through used bookstores. You won’t make a dime. Deal or No Deal?

2) Your books will be a bestsellers, and you’ll make millions. Your family will have total financial security. But no one will know who you are. You’ll never appear in public, never get your picture in the paper, and, in fact, your real name will never appear on any of your work. To everyone, you’ll just be some anonymous rich person. Deal or no deal?

3) You will be wildly successful. Everyone will know your name and you will make millions. You will hobnob with the rich and famous. You’ll even get rave reviews. But you and I will know beyond reasonable doubt that your work is crap. Deal or No Deal?

The versions for the non-writers:

1) You will be an innovator in your job or profession, establishing ways of doing things which become the standard. Your techniques will even bear your name. But only after you’re dead. In life, no one will know who you are. Deal or No Deal?

2) Same as number 1, but your way of doing things will be accepted in your lifetime. You’ll make millions. But no one will
know who you are. You’ll never appear in public, never get your picture
in the paper, and, in fact, your real name will never appear on any of
your work. Others will get all the credit, even though you make all the money.  Deal or no deal?

Anyone who’s interested, just let me know, and I’ll send someone right over with the contracts. And hey,  Happy Holidays!

16 thoughts on “The Devil’s Guest Blog: Deal or No Deal?” 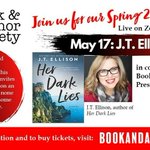