This is the story about how this:

And turned into this: 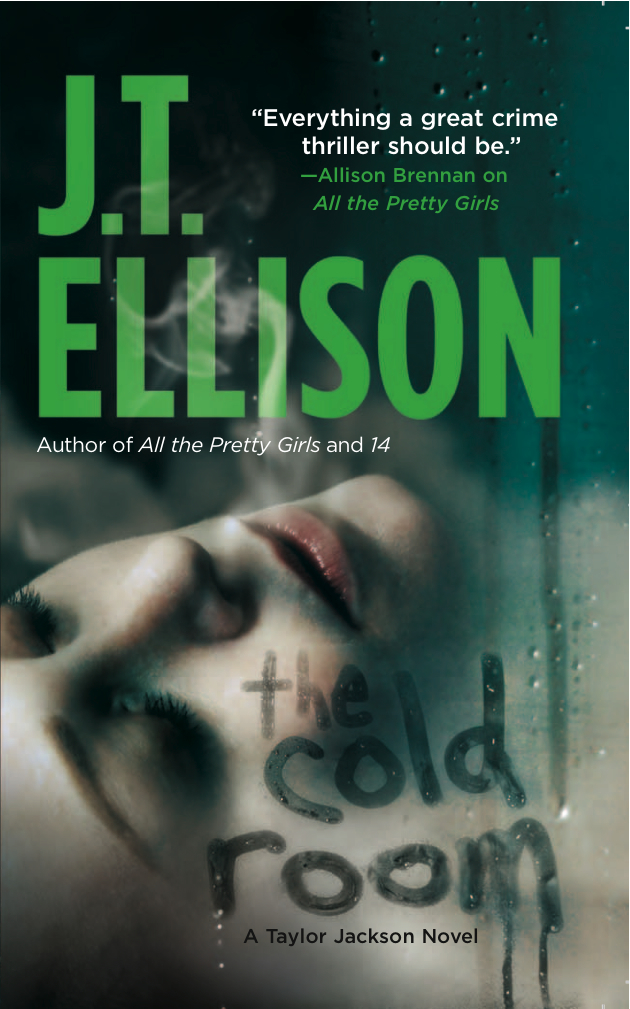 The Cold Room is a novel that underwent many changes. It started as a challenge, the tiniest spark of an idea. I wanted to write a serial killer novel that didn’t have any blood. I don’t think you need blood and gore to make a book exciting and different. The psychology behind these acts of violence are where my interests lie anyway, so I decided to try a different approach.

But of course, then I had to figure out HOW exactly the killer worked. And to do that, you start with victimology.

I was teaching a fiction weekend for the Tennessee Mountain Writers, and we were working on developing characters. Since that’s sometimes a very difficult task, I took a different tack – I gave my class photographs of ordinary people and asked them to list everything they could about them – name, age, sexual orientation, biggest shame, etc. The first female character was this woman. 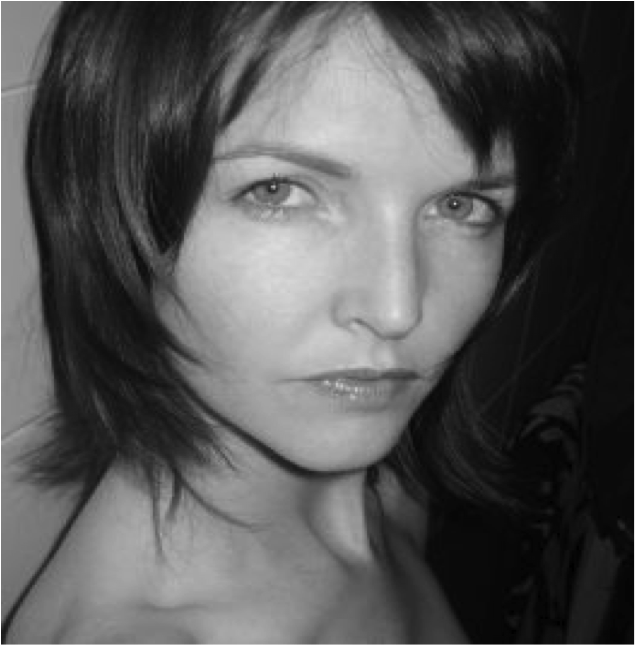 There was something about her that screamed to me. Along with my class, I spent five minutes writing down everything I knew about her, but I did it in story context. You see, I needed a victim.

For the record, I have no idea who this woman is. I’m probably pirating this shot, because I have no earthly idea where I got it from. It’s been two years since I wrote that paragraph, but the words stayed with me:

There was that spark again, right there, the fourth shot. Oh, the power in those eyes. The slim jaw, the hollowed cheekbones, her clavicle sticking out like a sword from her shoulder. The hint of her breasts, just the slightest swelling. The memory of those dark ruby nipples.

The next shot wasn’t as intoxicating. The spark faded to resignation. He’d captured the moment perfectly. He preferred the righteous indignation she’d showered into the lens, though there was something to be said for the moment of truth.

Those words became the opening of a novel I had titled SYNCHRONICITY.

There were problems immediately. The concept of the book was on a scope so large that I had my doubts whether I could pull it off or not. My editor needed a new title: the word was too big, the associations to a particular band too immediate. I tossed around a few and ended up with the title Edge of Black. We all loved it. I tried to write the story, using my opening above. Struggled and struggled and struggled, knowing there was something wrong, but not knowing what it was.

It hit me in a flash of light one stormy morning. It was a single word. Dark. Those dark ruby nipples.

My victim wasn’t white. She was black.

She’s not white, she’s black. Okay, that makes more sense. But why is she so thin? Is she anorexic? No, that doesn’t work. Oh, but he’s starving her to death. He starves his victims to death. Why would he do that? So they won’t suffer. He has no desire to see them suffer. But why… oh. Oh! That’s why. Because he wants to have sex with her, but needs her to be dead first. He’s a necrophiliac. No, he’s a necrosadist. He’s preying on small women who are easily overpowered and won’t linger too long so he can have sex with their dead bodies. And he’s left his first victim in a tribute to his favorite artist, Picasso, and his incredible Desmoiselles D’Avignon. And that opening scene isn’t the right opening. It needs to be something less obvious, something creepy. Something…

I wrote the new opening chapter on a Thursday. I was so freaked out by it that I didn’t open the manuscript again until Monday. That’s how I measure my success – if I creep myself out, I’ll creep everyone out.

Suddenly, I had a story.

And then the nightmares started.

Wicked bad nightmares, ones that drove me, shaking, out of bed to turn on lights to chase away the shadows and check the locks on the doors.

Writing about necrosadism isn’t something I necessarily set out to do. But once I realized that’s who my killer was, and that’s why his victims were so thin, the whole book came together with a crash.

I needed to do research about this, and that’s where I ran into trouble. There are a number of what’s called “sleepy sex” message boards on the Internet. I learned that necrophilia isn’t only what we think – at its basest, it’s about unresisting sex. I learned that men who use drugs to incapacitate women before having sex with their lifeless bodies are necrophiliacs, and much more common than we can imagine. I saw photographs and video of people creating sleepy sex scenarios – down to the man whose girlfriend got in a coffin so he could sneak in, take her out, undress her, have sex with her, redress her, then close her back in the coffin.

Disturbing, for sure. For some reason, it bugged me, though everyone around me loved the story.

There are times when I wish I could just write a book without doing the research, just so I can avoid polluting my brain with these kinds of images.

But then I’d be shirking my responsibility as a writer examining the human condition, and where would that leave me?

Probably sleeping better, if I’m honest. But not as satisfied that I’ve done my best to portray the bizarre philias and fetishes that exist in this particular fictional world.

The book grew from there. It became about so much more than necrosadism. It turned into an exploration of self, of betrayal, of courage. I was pleased with the results. Finally finished, it went through the usual motions.

I began to sleep again.

Edge of Black was about to go to print when my editor called. They had pulled the book. They wanted to go in a different direction, one that would ultimately benefit me and my career. We needed a new title, to start. We would get new art. We had a new release date. And I needed to go back to the book I was so happy was behind me and make some changes. Not to the crime plot, mind you, just a few tweaks to my main character. The story was so grim, she needed to have a little bit of something more to temper it out.

Cue the nightmares again. Because even when you’re just putting a few touches here and there, you’ve got to reread. And re copyedit, and re just about everything.

But as always, my editor’s instinct were right.

Retitling a book whose title I was in love with wasn’t the easiest thing to do. But I did it. Immediately. Because when my editor said they wanted something more concrete, I thought of a basement. There is a basement in this book. A basement with a glass coffin. And a killer who is obsessed with both art and classical music, who sings arias from his favorite operas to his victims, once they’re dead.

And you, my princess, in your cold room…

It’s a translation from Turandot. He sings it to his victim. It was already in the book, waiting for me. And that was it. I’ve never felt so strongly about a title before. Thank God everyone agreed.

And so THE COLD ROOM was born.

The book comes out this Tuesday, February 23. I have a crazy fun tour schedule in place, with lots of local events, plus North Carolina, San Francisco, Los Angeles, Denver and D.C. I’m looking forward to spending some time with good friends on the road. We’re also giving away a free ebook of ALL THE PRETTY GIRLS, and for the first time, I’ll be in audio too – with the incomparable Joyce Bean narrating. And all the books are available in ebook format for any kind of ereader.

So what do you think, ‘Rati? There’s a lot here to talk about on the road, too much to cover everything. What parts of this story do you suggest I speak to?

Wine of the Week – Well, we should probably have a bottle of Zardetto Prosecco to celebrate the birth of the book, don’t you think? Cheers!

30 thoughts on “The Birth of a Novel”