First, a bit of BSP: I recently decided to try an experiment in electronic publishing. My friends J.A. Konrath and Lee Goldberg have had some success putting stuff up on Kindle and other e-pub formats. So I thought I’d stick my own  toe in the digital water, so to speak,  and put my novel STORM SURGE on line, for those of you who are electronically enabled. In keeping with the idea that e-pubbing should be cheap, it’s only $1.99.

You can find the Kindle version HERE, and Smashwords has other formats HERE. Let me know how you like it. I’ll report back,  as Joe and Lee have done, on my experience with the experiment.

Now, on with the show:

It’s spring again. Gorgeous outside, despite the yellow clouds of pollen hanging so thick in the air that it looks like we’re under some sort of chemical warfare attack. It’s warm, the trees are blooming, it’s a great time to be alive.

So naturally, perverse critter that I am, I’m thinking about fear.

Recently, while looking for something else,  I stumbled across the work of photographer Joshua Hoffine, who’s done a stunning series on childhood fears: 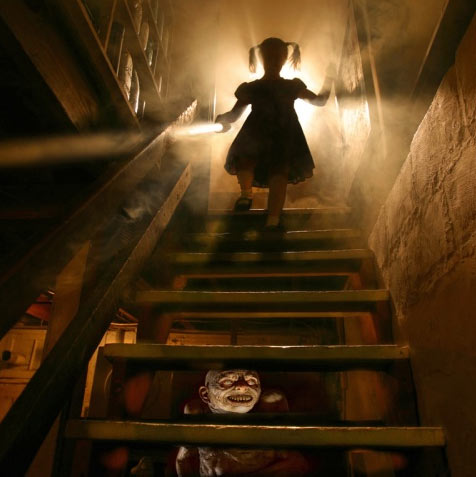 If you click through (and I recommend that you do), be warned that some of these images are extremely disturbing and some are definitely NSFW. 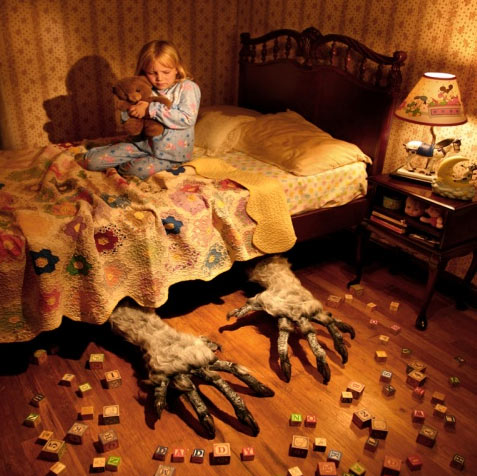 (All images used with the permission of the photographer, who also invites you to visit his blog). 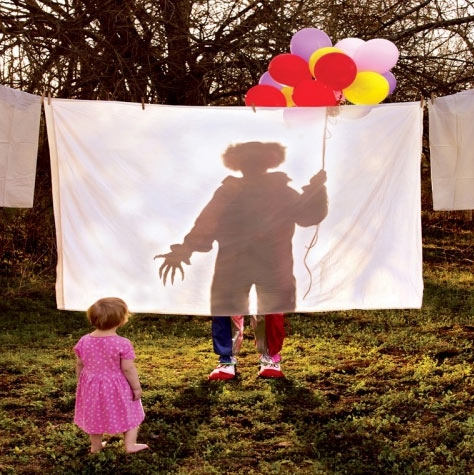 A short time later, I was having a conversation with my wife, who’s currently reading a Nevada Barr book that features spelunkers–people who explore caves for fun.  As she described passages about exploring narrow passages deep in the earth, crawling along chutes too narrow to even sit up or turn around in, I recalled one of my own childhood terrors.

When I was growing up, there were a number of storm drains and drainage pipes in my neighborhood:  long, narrow concrete tubes to divert storm run-off away from the roads and people’s yards. I remember looking down one of those pipes and wondering what it would be like to be crawling  through one of those and get stuck halfway through, unable to go forward or back, where no one could reach you or hear your cries, where the only thing to do would be die a long slow horrible death, alone in the dark….

I was a lot of fun as a kid, believe me. But you will never,  EVER get me into one  of those chutes underground.

It  started me thinking about how everyone’s afraid of something:

And how, despite the fact we hold many fears in common, each of us has, locked within us, the one Big Fear, the one thing we just can’t abide:

‘The worst thing in the world,’ said O’Brien, ‘varies from individual to individual. It may be burial alive, or death by fire, or by drowning, or by impalement, or fifty other deaths. There are cases where it is some quite trivial thing, not even fatal.’ George Orwell, 1984.

And then I started thinking about my current WIP. One of the antagonists is a former military specialist in PSYWAR–psychological warfare. His specialty involved things like this. His job was to scare the enemy, literally, to death. And now, he’s come home, bringing his private war with him, wielding his favorite weapon: stark terror.

And so,  in the interest of research, I want to hear what it is that scares other people. So tell me….what are you most afraid of? I’m not talking angst here, or worry. I’m talking about the one thing on earth that even thinking about makes you cold. The thing that can send you skitttering backwards across a room to get away. What’s your “worst thing in the world”?