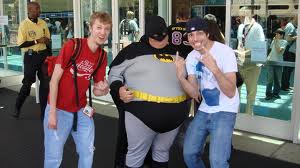 I see them as I’m about to pull in. I wonder if I should punch the gas and move on. After all, there are other cafes in the South Bay.

But this one’s my favorite, my home cafe, where a reclining chair waits by the fireplace and they’ve saved an outlet for my laptop. My cafe is my village. Everyone knows me, everyone expects me. In a moment I’ll look up from my work-in-progress and ask the lieutenant from the LAPD gang unit a detailed question about guns, gangsters or police procedure. I’ll turn to my right and ask the physicist to walk me through a complicated aspect of String Theory. I’ll turn to my left and chat with the screenwriters about story structure and character development. A city councilman will stop by and lend me a book about ATF undercover operations, saying, “I heard you were attending the Citizen’s Academy. I thought you might like this.”

All this and more has occurred in my local cafe.

There are only a few things that burn me up about the place. Two days a week a wild bunch of home schoolers arrive and turn the cafe into the Hell’s Angels version of Cirque du Soleil. I can write through some pretty hairy situations, but these little devils make the armies of Genghis Khan look like the Mormon Tabernacle Choir.

Then there are the times when I’m finding my groove and really WRITING, having spent the previous few hours settling into my chair and creating the perfect space from which to work. Then a cafe employee plops a music stand at my side with a sign that reads, “This space is reserved from 6:30 to 10:00 for the South Bay Knitting Club.” I look at my watch and see it’s 6:25. When I look up again I see the knitters staring me down. Every night there seems to be a different group of someone staring at my chair.

But the thing that really gets me is when I drive into the parking lot and see fifty or so touring bikes spilling into my parking spot from the cafe entrance. The place is overrun with mannequin-shaped men and women wearing Dayglo orange and lime-green lycra jerseys and bib shorts and fingerless gloves and polarized glasses in yellow and pink and multi-colored helmets that mold their heads into the shape of H.R. Giger monsters, and there they are, hovering bent and worn in their crippling little shoes with cleats that fit into coyote-trap pedal clamps. They swarm the counter and nest in nooks and crannies and couches and even…my chair.

As I boil with frustration I wonder what the hell I have against them. I mean, really. I know there’s an individual in there somewhere, it can’t just be hive mentality to the core.

It makes me wonder how I’m perceived in the cafe. Do the bicyclists think, “Oh, there’s a writer. They’re all the same, sitting around looking tortured and pitiful…and pale…and flabby. What they need is some exercise. A ride on a bike. Not with us, however. No, that just wouldn’t do.”

Do the cyclists look at me with those terrible, preconceived stereotypes? Aren’t they capable of seeing who I am?

I don’t know if I fit so neatly into that group of “writers,” as perceived by others who aren’t. I think I look like any other patron at the cafe, actually.

And that gets me wondering how I might be stereotyped, at first glance. Well, I’m Jewish, but you wouldn’t necessarily get that from staring me down. Most people think I’m Italian or Greek or sometimes, oddly, Native American. They know there’s a nose-thing going on, they just don’t know where to place it until I say “Schwartz.”

I have a friend who places me in the category of “bleeding heart liberal hippy.” Which, I think, says more about his character than mine. I qualify for his label for the following reasons: a) I’m a vegetarian, b) I wear my hair longer than a crew-cut, c) I’m a registered Democrat, d) there’s that Jewish thing, e) I’m not a hunter, f) I live in California, g) I’m one of those “Hollywood” types, and h) I voted for Barak Obama. Ray (that’s my friend), lives in Arizona, kills every animal he sees, belongs to the NRA, is a registered Republican, voted against Obama, endlessly listens to Rush Limbaugh, and is fiscally responsible. Whenever we email each other he finishes his message with “How’s that Hope and Change thing working for you?” and I reply, “I’m still hoping you’ll change.”

The funny thing is that I only appear as a leftist-commie-pinko-liberal-socialist to Ray because that’s what he wants to see. I’m actually pretty middle of the road politically. I find it hard to put my heart into any particular political agenda without feeling like I’m drinking somebody’s Kool Aid. I like to imagine I lean a little left of center, and I think that has something to do with my love of Edward Abbey’s “The Monkey Wrench Gang,” as well as the heroic tales of Captain Paul Watson and the Sea Shepherds. But in truth I’d rather stand off to the side and observe the machinations of the world. The great thing about writing is that I can study different points of view and write characters who fight and scream and die for the things they believe in. Meanwhile, I’m “sitting here watching the world go round and round.” Geez, a John Lennon reference. Here’s another one – “Imagine there’s no countries, it’s easy if you try…nothing to live or die for…” Hell, Ray’s gotta be right.

As far as Ray is concerned, we’re polar opposites.

But then I imagine how Ray and I are perceived by people outside the U.S. Driving around in our gas-guzzling SUVs, rolling over the land we stole from the Native Americans. Bitching about the euro on our way to the spa. Looking for the next Arab nation to bomb. The Ugly Americans. This is not how Ray sees us, it is not how I see us. But it’s the way many do. People who don’t realize we’re polar opposites.

If they took the time to get to know us maybe they’d find some common ground.

And that gets me thinking. Do I really know the bicyclists? I mean, if I just sat down next to one of them (who, incidentally, happens to be sitting in my chair) and introduced myself I might discover he’s a really cool LAPD officer. Or a String Theory physicist. Or, God forbid, a writer.

Maybe there’s room at the cafe for everyone.

24 thoughts on “THE BICYCLISTS”