The other day I went to buy a garden gnome (yes, you read that right) and ended up with a garden hippopotamus instead.  In reflecting on this odd turn in my original mission, I realized that it exemplified much of my life: I think I’m walking a straight line forward and end up on a curving one 93 degrees in another direction.

Mind you, I’m not complaining; the journey is always interesting. But in watching this motion, I’ve been wondering about why I keep striving for control.

What’s up with that?

Many of the best moments  in my life have come from mistakes, wrong turns or unbridled curiosity.  I have so many examples of this . . .
In my last year of college, I thought I’d signed up for a history colloquium on death and dying. Instead I landed in a seminar about jungles. Yeah, jungles.  And it ended up being one of the most fascinating classes I’ve ever taken.

Another Ann Arbor experience ( . . . and I got to Ann Arbor in a roundabout way too):
I saw several people walking toward a building with great enthusiasm and purpose, so I followed them. Guess what? Somehow I ended up in a master class about pantomime taught by Marcel Marceau. He must’ve known I didn’t belong there, but he let me stay. Would I have ever had that opportunity if I’d followed the rules and tried to register? I doubt it. The class had been sold out for months.

Food
While a student in Hong Kong, I ordered a bowl of corn chowder. I thought it’d be the first truly western meal I’d had in months. Instead it contained silver fungus. Did I like that crunchy cartilaginous content? Nope. But it has made for a good story in the aftermath. The same can be said for snails, the spinal cord of a pig, sea slugs, molasses-cured grasshoppers, kidneys and blood sausage. Would I have eaten them if I knew what I was getting? Probably not. Am I glad I did? Well . . . mostly. I’m not a fan of congealed blood and sea slugs are the culinary version of snot.

Work
My professional career has been just as unpredictable though I ALWAYS thought I’d make my living as a novelist. I certainly never intended to go into public relations and never bothered to get the credentials that some employers look for. And yet every job I’ve had has involved PR.  Tomorrow I start a new full-time gig as a program manager. My fiction has helped my nonfiction and it’s the latter that is going to carry me through this financially tumultuous time in my life.

Relationships
If you’ve been reading my blog entries, you know I’m in a period of tremendous transition. The forward dreams I held about my marriage and future are in shambles. However, I have faith, given my fortuitous unplanned life experiences so far – that in spite of my efforts to control my life – everything will be fine and, probably, entirely different from what I expect.

I’m in the mood for happy stories, so .  . .
Do you have an example of planning/ controlling that went awry and became something better?

Or you can help me name my hippo. I’m leaning toward “Petunia,” but am open to suggestions. 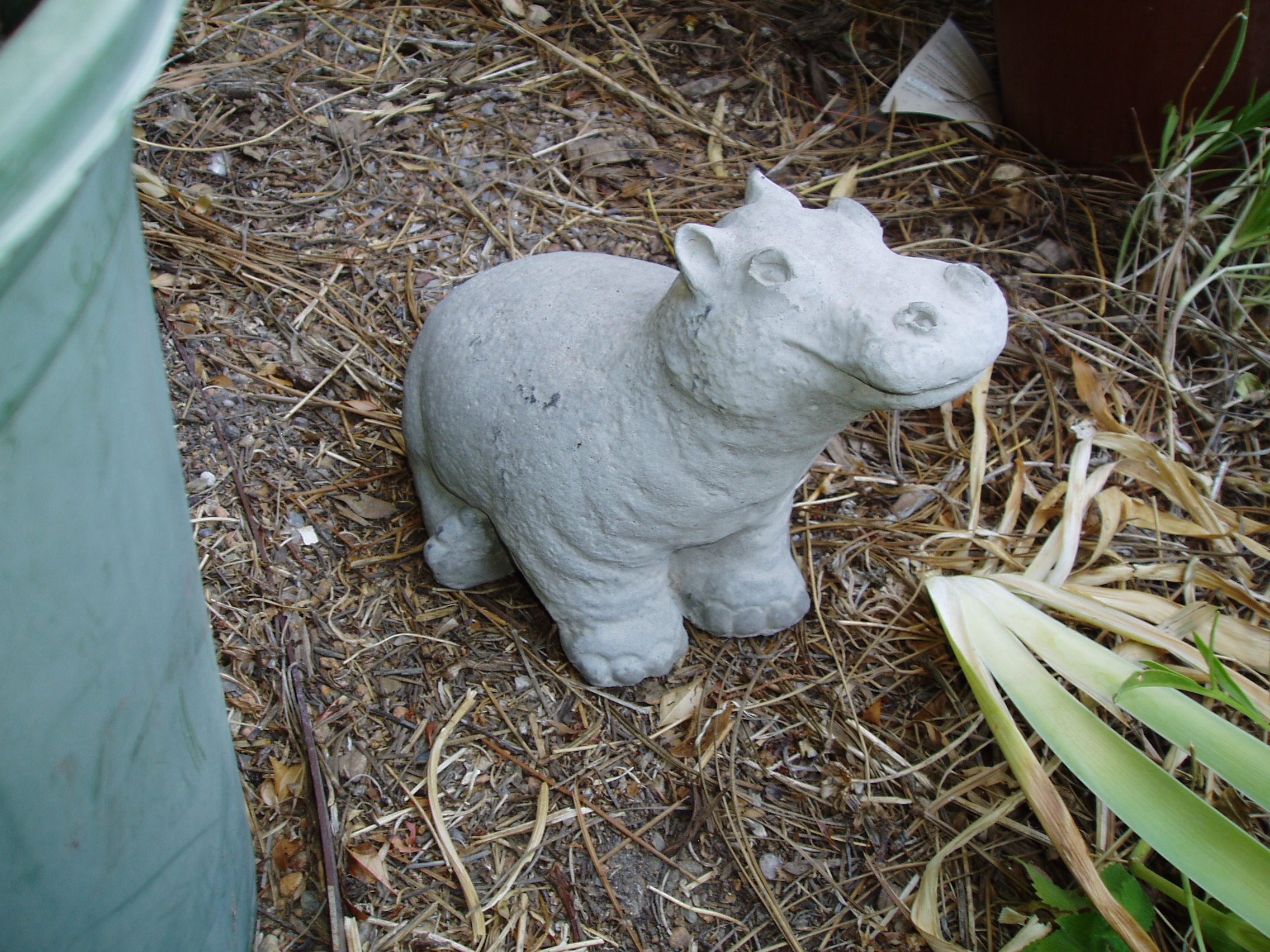 48 thoughts on “The best unlaid plans”