I am producing an indie film right now.

A cousin’s wife asked me recently, "How do you go about producing an indie movie?"

My honest reply is that you must have a check list:

Am I insane? (check)

Do I know a bunch of talented-but-insane people who want to work incredibly difficult, long hours, for free? (check)

Do I know, or can I find, insane people willing to part with their money, with only the guarantee that they may not ever see it again, much less a profit? (apparently, yes)

Being a producer is quite a lot like running the long con–you have to convince a tremendous number of people that something that doesn’t exist will eventually exist, if they just pony up their time and money. You have to convince people to take a risk when it is not logical, nor sensible, to do so. And you have to do this knowing ahead of time that what you’re doing is running a bluff, particularly when producing your first movie, because no one really knows for sure if you can do what you’re convincing them you can do. Until you’ve done it. And the best strategy is to tell them ahead of time that you’re running the long con, that you’re asking them to take a risk on something that may turn out to be nothing, but if they hop on board, they get to take that risk with you, and who knows? It may just work out.

It doesn’t hurt that I’ve hedged my bets with a terrific script.

I didn’t want to be a producer. I am probably the most reluctant producer on the planet right now. We have money in the bank for the film, people working their asses off… we’re about to go out of town and shoot some very physically demanding scenes… some incredible footage in the can… and I hadn’t planned on doing any of this. Except that I was handed a terrific script. One that took some risks. I couldn’t not do it.

When a friend of mine said last year that he was polishing up a script of his and he wanted me to produce, I half-ass promised him that I would, if I liked the script. I will be honest with you: I never believed he’d hand me a script I’d like. Not to disparage his writing ability, but because I’m pretty tough on scripts and he knew that. I was glad he knew this about me, because I was going to be honest, and also? I didn’t have time to do a project that didn’t grab my attention and hold on. In fact, I just flat didn’t have time, between the debut book, another one due, family stuff and a construction company. So when he did hand it to me, I started reading the script and thought, Uh oh. This is actually good. And I kept reading it and thought, damnit, this is really freaking good. The writer flipping surprised me and yet, it worked, and I liked the controversy and the resolution. It had the advantage of having an interesting hook (What if an assassin has a major crisis of honor and confidence, and his choices determine which of the people he loves will die?), compelling twists, rich visual imagery, and characters who walked off the page. At which point I thought, fuck, I have to do this movie.

The only notes I had to give the writer was to allow himself to take bigger risks in a couple of places where I could tell he held back. There were notes regarding reorganizing what we see first, to build that compelling hook, but other than that, the script stands as he turned it in. He took some risks: he may not please everyone, and in fact, may tick a lot of people off, but he let his story take some risks and as a result, he has a unique, compelling tale.

Taking risks. It’s what good stories do. If we take a risk, we’re in danger of being a visible failure, of leaping out there without a net and splatting to the floor of the canyon. We may fail. Hell, we may fail miserably. Execution matters. But to not take the risk means to work within the status quo. Aiming for acceptance, aiming for not being vulnerable, and managing, mostly, in not being memorable. Not creating a passionate response.

And who wants to live a life without passion?

So tell me, please, about some good books or movies that you’ve read / seen lately which took some risks which made them compelling and memorable.

(And if you’re anywhere near Wordsmiths Books in Decatur, GA, just outside of Atlanta, Thursday at 7:00, come on by and say hello.) 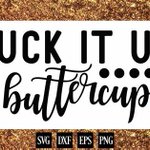 @laurenboebert You do nothing but publicity stunts and Twitter trolling.

@CharlesPPierce And we all know what happened to him.

@LauraMLippman This is so cute.