Somebody once told me that writers have to take more criticism in a year than most people have to deal with in a lifetime. 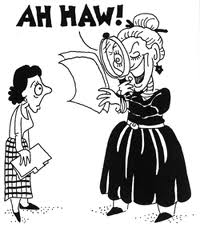 The advent of the internet has turned everyone into a critic. Not just that, but an anonymous critic. In some ways this is good, if it allows somebody to speak their mind when they would feel constrained not to do for otherwise – for whatever reason.

Of course, in other ways it’s terrible, because it allows people to be snide and nastier than is called for, in the knowledge that there won’t be any comebacks should they happen ever to bump into the author they’ve slated.

Getting honest, critical feedback on your work is always going to be tough. I’ve found that writing fiction is far more personal than the non-fiction article work I did previously. That was easy – I was telling someone else’s story and somehow the ultimate responsibility for it also lay elsewhere. All I had to do was make my words convey the meaning without getting in the way of the story itself.

Although most of the time I approach fiction is much the same, there’s no doubt it is very different. It is the collective jottings and jumblings from inside your head, which you are spilling onto the page for anyone to pick apart with a sneer for your apparent lack of nuance or narrative voice. 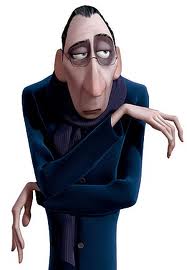 There is nothing more terrifying than being given a blank piece of paper and told to let your imagination soar.

OK, perhaps there are slightly more terrifying things. This pic of a giant coconut crab, for instance, still makes me nervous about going to put out the garbage, although apparently they’re bought as pets in Japan. 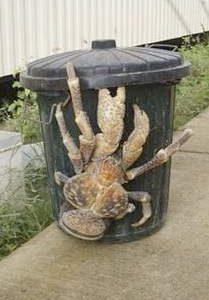 Very cuddly, I’m sure. But I digress.

At the beginning of last year, I found a great writing group, the Warehouse Writers, which meets in the Warehouse Café at the Brewery Arts Centre in Kendal on alternate Wednesday evenings. We email work around the group beforehand, which gives everyone a chance to read it and make notes. On the night, a sample of the piece is read out – either by the author or by someone else, so the author can hear it for themselves – and everyone throws in their two-pennyworth.

The group is about twenty strong, although the average turnout would be less than half that, but those who participate do so actively. Several of us are working on novels, or short stories, poetry, non-fiction or memoir.

After all, the last thing I want is to be given encouragement to continue down the wrong path with something. Ultimately, being given false hope will lead to greater disappointment.

The problem I suffer from – and I think every writer suffers from this at some point or another – is that by the time I’ve finished a piece of work, I have lost all judgement about it. I can’t tell if it’s the best or the worst thing I’ve ever written, and sending it away for anyone’s opinion is agony. You hope for the best but expect the worst, and any delays seem to confirm your darkest fears – that the work is so poor it’s failed to hold their attention. The fact that the person to whom you are sending it may have been too busy to do more than download the file or open the envelope before putting it to one side, has no relevance here.

Hope makes us dream of being contacted within days – hours – and told that this is the best thing the person has EVER read, EVER, and they want to publish/submit it just as it stands, with no alterations. You are not to touch a word of your deathless prose, not even to move one comma. 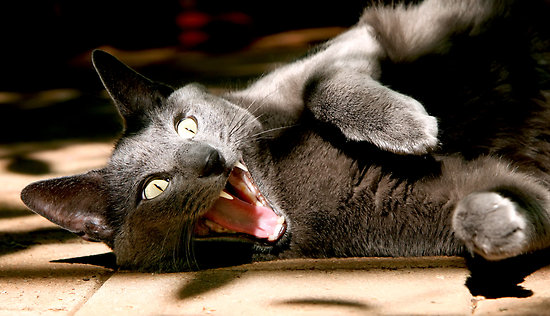 Experience tells us that when they do eventually get back to us, their praise will be cautious and there will be many points they don’t like/understand/ believe work in the context of the rest of the story. 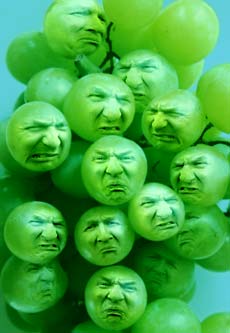 And because I have a warped sense of self, even if by some miracle the Hope scenario worked out, I’d be worrying that they didn’t want anything changing because they simply didn’t know where to start trying to make something worthwhile out of such a morass.

But, realistically, what do you expect when you send a piece of writing out for critique by anyone? And at what stage should you send it? First draft? Twenty-first draft?

I like to send out the opening of a new book. Finding the right jumping-off point for a story is so important, and a first-time reader may only give you a certain number of pages to come to a decision on whether or not to continue, so for me it feels vital to get this right. I’m looking for as much doubt and criticism as possible at this stage. It’s the foundation for the story – if it’s not solid, the rest of the construction may come tumbling down.

Then I also like to send out something when it’s in its first completed draft form. I self-edit as I go along, so I hope that by the time I’ve reached the end, I hope it’s a reasonably clean typescript.

I always make sure I send something out when I know there is still an opportunity – and probably several – to make changes based on the opinions I receive. I’ve lost count of the number of times I’ve had stuff sent to me only to be told that it’s already gone out on submission. Are these authors looking for critique, or simply affirmation? 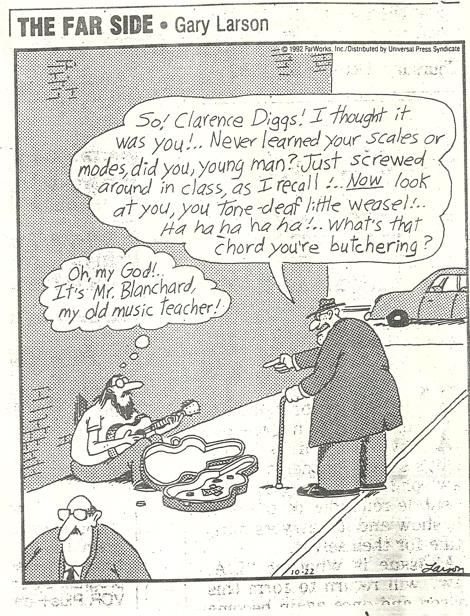 I have come across some people who bring pieces of work to a writers’ group meeting (not the Warehouse one, I hasten to add) that is not only already as finished as they’re prepared to make it, but which has already been submitted and possibly awarded prizes in competition. I’m not sure what they hope to gain from this exercise other than admiration. Even if I spot something that I would change, it’s pointless to suggest it, because the time for minor alterations is past. Mostly, I am at a loss to know what to say other than, ‘Erm, yeah … very nice.’

And that’s the kind of approval you can get from your mum.

Although, now I come to think of it, my mother has never said much in the way of admiration for my work. It was only when I was about six books into the Charlie Fox series that she told me she didn’t care for Sean much …

So, ‘Rati, if you’re a writer, what do you hope for when you put a piece of work up for critique? How much does that expectation differ from what you actually get? And if you’re not a writer, do you have any examples of times you’ve performed a task at home or work and looked for feedback? Did you get it? What makes you feel good about criticism? What makes you feel bad?

This week’s Phrase of the Week is Sweet FA, meaning anything boring, monotonous and now worth describing. Although this has come to mean Sweet Fuck All, it actually stands for Sweet Fanny Adams. Fanny Adams was an eight-year-old girl from Hampshire who was found murdered and dismembered. At about the same time as this crime, the British Navy changed their rations from salted tack to tins of low-grade chopped-up sweet mutton. The new ration was tasteless and unpopular, so sailors suggested with macabre humour that the new meat was the remains of the murdered girl, christening the ration Sweet Fanny Adams. 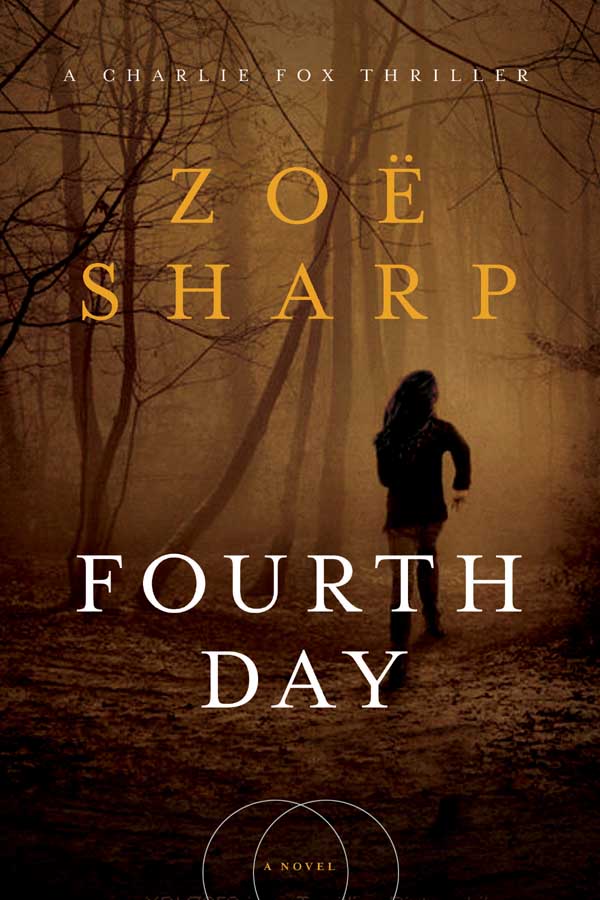 And finally, I hope you’ll forgive me two bits of BSP. I’m off to the States next month on a signing tour for the US publication of FOURTH DAY. The full tour itinerary is on my website here. I hope you’ll check it out and, if I’m at a library or store – or convention – near you, that you’ll come and say ‘Hi!’

The second bit is that I’m absolutely chuffed to little mintballs, as my friend Donna Moore would say, that FOURTH DAY has been nominated for the Barry Award for Best British Novel. The results will be announced at Bouchercon in St Louis in September. But, until then at least I can bask in the reflected glory of a shortlist that also contains Kate Atkinson, SJ Bolton, John Connolly, Reg Hill and Roslund & Hellstrom!

43 thoughts on “Taking It On The Chin”