Last night I went to the prize-giving event for the Lancashire Libraries short story competition at County Hall in Preston. A very enjoyable event, with a worthy winner in Jo Powell, and commended writers, Kathryn Halton and Neil Martin. Congratulations to all those who took part – there were some wonderful pieces of writing.

To kick off the evening, myself and fellow judges Neil White and Nick Oldham talked for a little while about writing in general. The audience was made up largely of entrants to the contest, who patiently listened to the three of us ramble on before the winner was announced, and they also had the opportunity to ask questions about writing in general.

The subject of those questions was very interesting, because the thing that people most wanted to know seemed to be about developing good characters. And I must admit, that when I first started trying to write, it was the characters that I found most difficult. Creating rounded people comes only with time and practice, I think.

I remember getting hold of a book about the different characteristics of the various signs of the zodiac, which was very useful for working out some traits that dovetailed together. I’ve read books on body language and mental illness, looking for those genuine tics and features that make characters come to life on the page.

But do I write out detailed character biographies before I start, as one audience member asked?

I’ve tried it, but I find myself inventing stuff just for the sake of it, and then the danger is that you try too hard to shoehorn that information into the story when it just doesn’t fit.

The truth is, before I meet a character, in setting, I don’t know them all that well. I have an idea of why they’re there and what drives them, but until they metaphorically shake my hand and look me in the eye, I don’t really know them.

I’ve never liked stories that dump all of a character’s backstory in your lap within a page. Equally, I don’t like people who tell me their life history the first time I meet them. Some people have that kind of abounding self-confidence, though, that makes them want to boast about their achievements to comparative strangers. The kind who tell you within ten minutes of meeting what their house is worth, or how much they paid for their car. Usually, I have to say, they’re self-made.

It’s nice of them to take the blame.

Think of people you’ve met, who might have seemed quite charming when they were first introduced, but gradually you realise that you can’t stand them. They don’t have to come out with an outrageous personal statement, like they think your litter of dalmation puppies would make a wonderful fur coat, but after a while it dawns on you that they’re not quite as charming as you thought they were.

And nowhere near as charming as they think they are, either.

Is it the way they rattle on about themselves for just that bit too long, without asking anything about you in return? Do their eyes stray past you while you talk, and linger on the dangerously young girl who’s just walked by? Do they manoeuvre you out of a conversation with your boss or colleague, or steer things round to how great they are or what they’re working on instead?

Or do you suddenly notice that their smile doesn’t quite reach all the way up to their eyes? 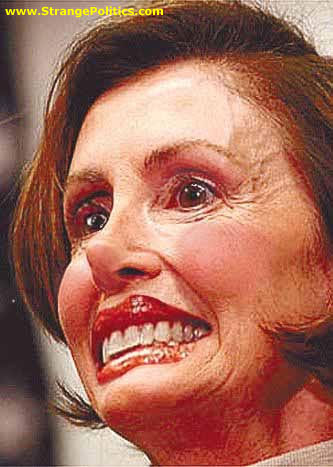 Things like this used to really annoy me. Now I take notes.

Of course, certain traits simply crop up in the writing. Often, I don’t know exactly where they come from. They just suddenly arrive.

I’m writing a short story at the moment. I have a character who’s an old-school East End gangster, married but with a younger mistress towards whom he is slightly cold. And unexpectedly, halfway through the story, I found out that the reason for this is because his wife suffered early-onset dementia and is in a nursing home, that obviously he is enormously fond of her but she doesn’t know him any more. That changes things about him. It changes them a lot. But I didn’t know that before I started writing, and to be honest I don’t think I would have thought of it up front.

So, my solution now is that I think I’ll do character biographies after I’ve finished the first draft of a book, so I can see if any characters seem a bit thin or a bit clichéd, in which case I can make another pass and see if I can get them to talk to me a little more about who they are and why they behave the way they do.

Another character question that came up was about making characters sympathetic, and what are the traits you should remove in order to make them more so.

This is a very difficult question, because some of the finest characters in fiction have traits you wouldn’t expect to appeal to the reader. Who would have thought that Dexter Morgan, the psychopathic serial-killing hero of Jeff Lindsay’s series, would be such a hit?

And what about the mysterious Jackal of Frederick Forsyth’s classic thriller, THE DAY OF THE JACKAL? The man is a ruthless assassin, who picks up first a lonely woman, sleeps with her and murders her, and then preys on a gay man in order to have a place of safety to stay before the attempted hit on De Gaulle. He had few redeeming features, but by the end of the book you find yourself almost willing him to succeed. Is it his very ruthlessness that makes him so fascinating?

It comes back to the fact that you don’t have to like a character to be thoroughly engaged by them. Ken Bruen’s corrupt coppers, Roberts and Brant, should be the kind of policemen playing the villains, not the heroes, but you root for them all the way through.

The James Bond of Ian Fleming’s books was a racist, misogynist womaniser. Doesn’t seem to have done him any harm.

So, what turns an on-the-face-of-it unsympathetic character into a human train wreck that we just can’t tear our eyes away from? Has to be down to the skill of the writer, for sure.

I’d love to hear your examples, and what it is about them that should be unappealing, but somehow just works. Is it down to humour? Do we find ourselves instinctively warming to a character who possesses a biting wit, even if they are the twisted personification of evil? Or is it the evil itself that we secretly find so compelling?

How do you go about constructing a character?

This week’s Word of the Week is cacoëthes which apparently means mania or passion or even disease. It’s from Greek kakoethes, which combines kakos, bad with ethos, habit.  And from this comes cacoëthes scribendi, a compulsion to write, the writer’s itch, an uncontrollable desire to write, a mania for authorship. Roman satirical poet Juvenal wrote: “Tenet insanabile multos scribendi cacoethes”  or “The incurable itch for scribbling affects many.”

And finally, let us not forget that today is Remembrance Day, Armistice Day and Veterans’ Day. 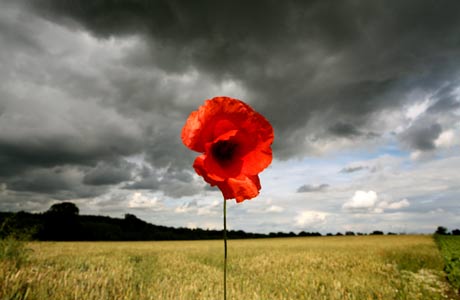 27 thoughts on “Sympathy With The Devil”