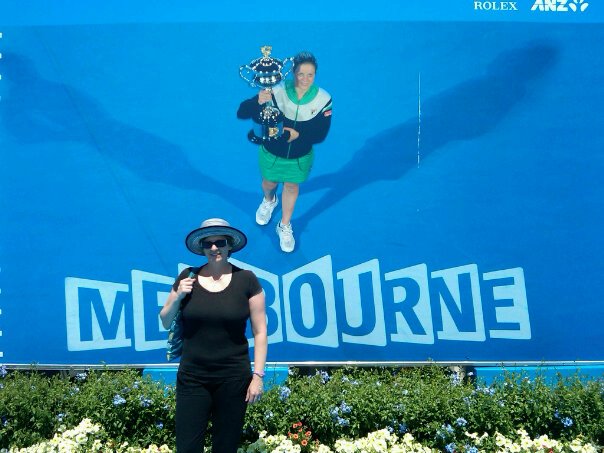 I know the Murderati readers are scattered around the globe (we’re such an eclectic bunch) but many of you are in the Northern Hemisphere and in the throes of winter. So, I thought you might like to hear about my summer holidays!

Currently my daughter is on holidays, about to transition from pre-school to her first school year, which starts Monday 6 February  (yes, our school year coincides more with the calendar). After Christmas, we headed down to the beach, specifically Mornington Peninsula. It’s a lovely spot down there, and my family has a small house in a suburban area, but it’s only a ten-minute walk to the beach. There’s a great beach-side track for walking/jogging/cycling, the beach (of course) and we spend lots of time on the deck having BBQs and drinking good wine. Aussie wine, of course!

Our days have been varied, partly because we’ve been experiencing some classic crazy Melbourne weather (Melbourne is known for its unpredictable weather, and it’s often said you can experience all four seasons in one day – and you can). Anyway, so the first week down at the beach was damn hot (30-38 Celsius or 86 to 103 for those of you who prefer Fahrenheit). Then the next week temperatures plummeted to 16-18 Celsius (60-64 Fahrenheit) and we had rain. Now we’ve had another hot few days so we’ve been lying on top of the bed clothes with a cold facewasher on hand. I know it’s weird…for a country that experiences such extreme hot weather many of our houses don’t have air conditioning. In fact, my family’s beach house doesn’t have air-con, neither does our two-bedroom unit in Melbourne (which was built in 1972). So some nights it gets hot, hot, hot! But who knows, tomorrow it might plummet again.

Another key part of our Aussie summer each year is the Australian Open. Today we headed in for a ‘day pass’, another fun day in the sun, watching the tennis heavyweights hit it out. Hopefully we applied enough sunscreen and got enough water into us to cope! So far so good. The picture on the left is a partial view of the Melbourne skyline from the Margaret Court Arena.

This summer has also been made extra special with two overseas visitors. Firstly, my  best friend (who I’ve known since I was 4yro). She’s actually an Aussie but moved to Rhode Island nearly six years ago with her American husband.  It’s been great to have her in town, visiting some of our old haunts and finding some new (more mature) haunts. We’ve also got my husband’s mother in town from Ireland. She’s here for three weeks, spurred on by wanting to be around for Grace’s first day of school.

We’ll be hitting a few more tourist destinations with her, but mostly relaxing down at the beach house.

Writing?
Writing you say? What’s that? No, I have been doing a little bit of writing/editing here and there, but really only one day a week plus a couple of nights. My output is down, but I managed to finish the first draft of my new ‘mainstream fiction’ book just before Christmas and I have managed my first editorial pass. I expect my output will suddenly and significantly increase on 6 February.

So, what does your typical summer involve? And if you’re in the middle of winter, can you even imagine the hot sun on your face and diving into the ocean to cool off?

17 thoughts on “Summer Down Under”