There have been many roundups of the past weekend’s festivities in New York, so I’m not going to rehash the event. It was all that, and then some, let me assure you.

Instead, I’m going to wax poetic about friends. And Toni Causey is going to give you her feelings.

JT: I was struck by a phenomenon over the weekend. Because of the size of the hotel, the allure of the city, and the panel scheduling, many people found themselves out and about, wandering the halls, slipping into Grand Central to have a bite to eat, running across the street to the fabulous diner that serves brunch all day. And in these broken up groups, a strange thing happened. I’m going to refer to this phenomenon as St. Francis’s Fire.

For those who don’t know, St. Francis is the patron saint of writers and authors. I love how the church makes a distinction, but it’s simply to designate journalists versus book authors. I’ve called on him from time to time to help with blocks, or to say thanks when something goes especially well.

Show of hands, how many of you have seen the movie St. Elmo’s Fire? I saw it Tuesday night, late on TBS, and was struck by the similarities to our group of writers. The allegory fits Killer Year especially. This weekend marked the first time our merry band of debuts were all under the same roof. (We were minus one, but that’s still an accomplishment in this day and age.) As I watched the movie, I was reminded of our past year. In the movie, the characters have all just graduated from Georgetown. Some are finding great success, some are finding it not as easy as they anticipated. A fitting description of what the debut year is like. There are huge highs (starred reviews, second printings, general consensus that the writers will go on to something great) and lows (PR failures, problems with mailing, and yes, even mutterings of favoritism.) But all in all, a success.

Most importantly, we have each other. A cohort group of authors who started together. We were 22 2007 debut authors strong at this conference, 12 of us Killer Year. We were honored at a breakfast on Friday morning, each allocated time, introduced by the ever gracious Lee Child. We know each other. We’ll support each other. But it wasn’t just the debuts.

In New York, Killer Year drifted together. Not surprising, we’re intimates at this point. What I found so wonderful was how many people drifted right along with us. In the bar, in the hallways, there were loads of other writers and readers who stepped in to the flow, got caught up in the camaraderie of the event, smiled and laughed and enjoyed themselves. The future was there, the books that come out in 2008, the writers shopping manuscripts, looking for agents. Old, young, established, debut, reviewers, writers, readers, the media, all worked in harmony. The bar staff, on the other hand, hated us.

I didn’t see the genre specific clans that sometimes pervades these cons. There was a strong feeling of togetherness. In the bar, in the halls, arms were opened, chairs drawn up. Every small group opened to allow more people in. There was a true sense of friendship among all the writers there. St. Francis’s Fire. And that’s what’s going to serve us all well as we combat the perception that crime fiction and thrillers are just junky beach reads. The collective wisdom in the Grand Hyatt was stunning, and New York noticed.

Toni: There’s something inherently intimidating about walking into any sort of convention where several hundred people are attending and you won’t know if you’ll know anyone or be welcomed. There’s something amazingly comforting to know that you’ve made friends the last time and there will be smiles and recognition and welcome and hugs. The thing I found, though, that set this convention apart from any other I’ve attended was that the "welcoming factor" happened last year, the first time we met in Phoenix, and that warmth and friendliness just seemed to be amplified this year. Old friends (of course) met up and there were some pretty enthusiastic smiles and hugs. But I was also so pleased to see that a tremendous number of people introduced themselves to someone new and I’m so glad to have met so many new people myself. Many pulled back chairs, as J.T. said, finding a way to include anyone who wandered over. All weekend long, there was an attitude of "hey, we’re hanging out, come on over, you’re wanted."

I think it’s the best thing we can do for each other, as authors, this inclusion. I felt like, as a unit, we were recognizing that our competition isn’t each other–it’s apathy and other media options.

We win the battle when we convince people to pick up a book when they’re confronted with so many other choices; we have a real victory if that enthusiasm spreads and more people start turning to books as their first option. I know that having a fun weekend isn’t going to solve the declining readership problem, but I’ll tell you this–I came away from there having met some amazing people and I’ve already been by a Barnes & Noble and have picked up several new-to-me authors that I wouldn’t have known to get. I either heard them speak or heard someone speak highly about their work. I’m the kind of reader who’ll tell people when I’ve loved something… and I know that I’m already looking forward to next year. 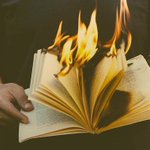 Reply on TwitterRetweet on Twitter1Like on Twitter3Twitter
Load More...