By now, unless you only yesterday emerged from a coma that was at least 5 days in length, you’ve heard about the Susan G. Komen/Planned Parenthood fiasco.  Last Wednesday, the Komen Foundation, the nation’s largest breast cancer non-profit, informed Planned Parenthood that it would be discontinuing its funding of the organization, and pretty much all hell broke loose.  Womens’ health advocates went nuts, accusing Komen of de-funding Planned Parenthood strictly for political reasons, and in an instant, the public outcry had Komen executives backpedaling faster than a man who’s just found himself face-to-face with a black bear.  The charity issued one conflicting rationale after another for its decision, then finally offered Planned Parenthood and its supporters an apology and a promise to consider funding the non-profit in the future.

Setting aside all the politics involved — and we’re all going to do that, people, here and in the comments, because this isn’t the place for that kind of discussion — what amazed me most about the controversy was how surprised the Komen execs seemed to be by the firestorm of criticism their decision received.  They all behaved as if no one at Komen could have possibly predicted how thousands of women would react to one womens’ health organization yanking the rug out from under another.

This particular brand of cluelessness, however, is not a new phenomenon.

Remember when Coke tried to pass “New Coke” off on its faithful customer base and had to pull that crap-in-a-can off the shelves and replace it with the original almost before the delivery trucks had pulled out of the dock?  Result: Humiliating mea culpa and reversal.

Or how about the Gap’s recent attempt to “upgrade” its iconic logo from this . . . 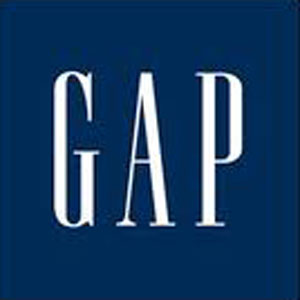 Mark Zuckerberg suffered a similar case of brain-lock back in 2009, when his Facebook’s privacy policy was changed to essentially ensure that there was nothing at all “private” about user data — Facebook owned it all.  “Uh, no.  Hell, no,” users — and the FTC — said.  Result: Humiliating mea culpa and reversal.

As near as I can tell, nothing along these lines has ever happened in the publishing business.  But surely it’s just a matter of time, and this being Wildcard Tuesday and all, I thought I’d look into my crystal ball and see if I can’t imagine what could lie ahead . . .

Online retail giant Amazon.com today announced it is scrapping plans to have a virtual employee “greet” customers on the home page of their website.  Modeled after the flesh-and-blood front door greeters at Walmart’s brick-and-mortar stores, Amazon’s computer-generated greeter would have met users with a cheerful hello and directed them to Amazon’s “World Domination Specials” of the day, but the program’s debut has now been put on hold indefinitely.  “We studied the matter carefully,” Amazon CEO Jeff Bezos said, “and we decided to go in a different direction, primarily because customers told us they’d rather chew glass than have some character out of a bad Pixar movie tell them where to mouse-click to get the best deal in the known universe on ball-peen hammers.”

After weathering weeks of irate blowback from her faithful fans, bestselling mystery author Sue Grafton has decided her popular series character, private investigator Kinsey Millhone, will remain a woman in all future books.  Word of Grafton’s intent to change Millhone’s gender from female to male — to alleviate a bad case of “alphabet-induced boredom,” she said — went viral after a pirated copy of her outline for the next book in the series, “T is for Transsexual,” appeared all over the Internet, and reader outrage was as deafening as it was immediate.  “Sue labored long and hard to develop a heretofore secret backstory for Kinsey in which she’d always wanted to be a man,” Grafton’s agent said.  “But we both underestimated how many readers adore her specifically because she’s a woman, and how poorly they’d take to her first name being changed to ‘Klyde.'”

Search giant Google’s controversial effort to single-handedly retire the word “book” and replace it with a word of the company’s own invention has come to an abrupt end.  Public outcry and widespread ridicule — no Jay Leno Tonight Show monologue has been complete lately without at least one reference to the gaffe — ultimately did the ill-conceived scheme in.  As a press release issued by the company today explained, in part:

“While we are still of the opinion that electronic publishing has rendered the word people have always used for a piece of long-form reading material — ‘book’ — outdated and useless, Google must concede that our timing in suggesting the word is dead and needs replacement was, at the very least, poor.  Therefore, effective immediately, Google will be returning to the practice of using the word ‘book’ in all its on-site content, and will no longer be using the word ‘zot‘ — the copyright to which the company fully intends to maintain — instead.”

It sounded like a bad idea when the company first announced it two weeks ago, and now New York publisher Random House has been forced to agree: Asking book buyers to pay extra to find out how a book ends is no way to grow revenue.  Withering under an avalanche of criticism from retailers and readers alike, company executives took to the stage at a press conference today to officially end the publisher’s plans to sell all its titles minus their last five pages, which readers would have had to pay an additional $5 to receive.  Suggesting most readers don’t read to the end of every book they buy anyway, Random House had tried to sell the program — called “Five for Five” — as a value added service, but readers weren’t buying, hence the company’s hasty retreat.  Questions posed to Random House spokesperson Dervin Elbert regarding a rumored plan to try charging extra for punctuation next went unanswered.

Novartis thought it had the perfect pitch man to star in its Excedrin Superbowl commercial scheduled to run this February: hip-hop superstar Kanye West.  But literacy advocates forced the company to shelf the spot sight-unseen when its script became public and its tagline became the butt of jokes everywhere.  In the commercial, West — who created a stir back in 2009 by issuing a number of searing anti-literacy proclamations, including, “I am a proud non-reader of books.  I would never want a book’s autograph” — sits in a drawing room beside a roaring fire, peering intently at an open copy of Dr. Seuss’s classic book for pre-schoolers, FOX IN SOCKS, before looking directly into the camera and exclaiming, “Reading makes my damn head hurt!”  He then reaches for a nearby bottle of Excedrin and downs two tablets.

In its public apology, issued today by the company’s attorneys on the steps of the New York Public Library, Novartis said, “We realize in retrospect that the commercial would have sent an entirely inappropriate message regarding the importance of books and reading to people of all ages, and hope our lapse in judgment hasn’t caused anyone too much pain.  Get it?  Pain?“

Author and self-publishing guru J.A. Konrath said today he will not attempt to serve as his own anesthesiologist during the gall bladder surgery he is scheduled to undergo next Thursday.  Claiming licensed anesthesiologists are unnecessary middle-men between surgeons and their patients, Konrath had declared last month that he would not be paying one to assist in his surgery and would instead anesthetize himself in accordance to his surgeon’s directions.  The author changed his mind, however, after an attempt to self-administer Novocain during a recent root canal procedure went terribly awry.

“As much as it burns my ass to pay someone to do something I could easily do myself, given the proper time and training, I owe it to my fans not to take such unnecessary risks with my health,” Konrath told Publisher’s Weekly, speaking only out of the left side of his mouth, as his experiment at the dentist still has him waiting for any feeling to return to the right.

Only six days in, book retailer Barnes & Noble is ending its heralded e-book exchange program for the Nook.  The program, which would have allowed customers to upload four old e-book titles from their Nook e-readers back to B & N in exchange for one new one, quickly proved a disaster, as readers by the score took it as an opportunity to rid themselves of books they completely regretted buying in the first place.  “From Barnes and Noble’s perspective, good books were going out with only bad books coming in,” industry observer Angie Linchbach wrote in a column for Inkwatch.com Monday.  “They were getting twenty James Pattersons for every James Lee Burke they downloaded.”

It was reported that three Barnes & Noble data center servers crashed under the stress of uploaded Stephanie Meyer titles alone.  B & N says it hopes to have the machines back online in time for Christmas.

17 thoughts on “SORRY, OUR MISTAKE, WON’T EVER HAPPEN AGAIN”