As you may or may not have noticed, I wasn’t around much last week, I was on vacation in the lovely mountains of North Carolina (folks from out West are asked to hold their “you call THOSE mountains?” remarks for the time being).

It was a bit of a departure for me, since vacations for the Rhoades clan have traditionally involved a lazy week at the beach.  But we had a free place to  stay at my folks’ condo on Beech Mountain, so we decided to seize the opportunity.

I’ve often observed that there are marked differences between the type of folks who like to vacation in the mountains and those who vacation at the beach. As I wrote a few years ago:

This is not to say I didn’t have at least some time to be indolent. We spent a day lounging by (and swimming in)  lovely, cool Wildcat Lake in Banner Elk: 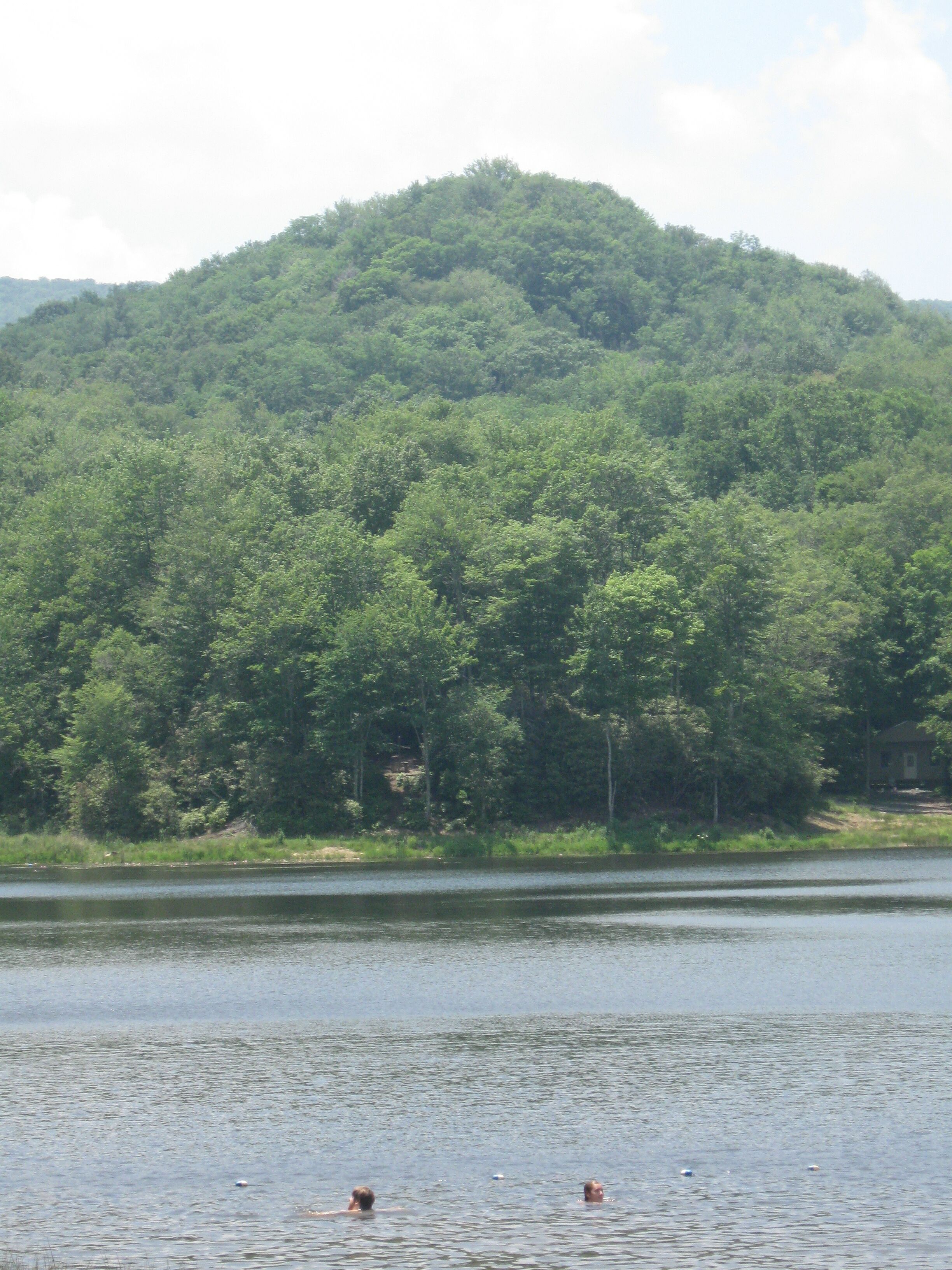 And I watched a few sunsets from the deck: 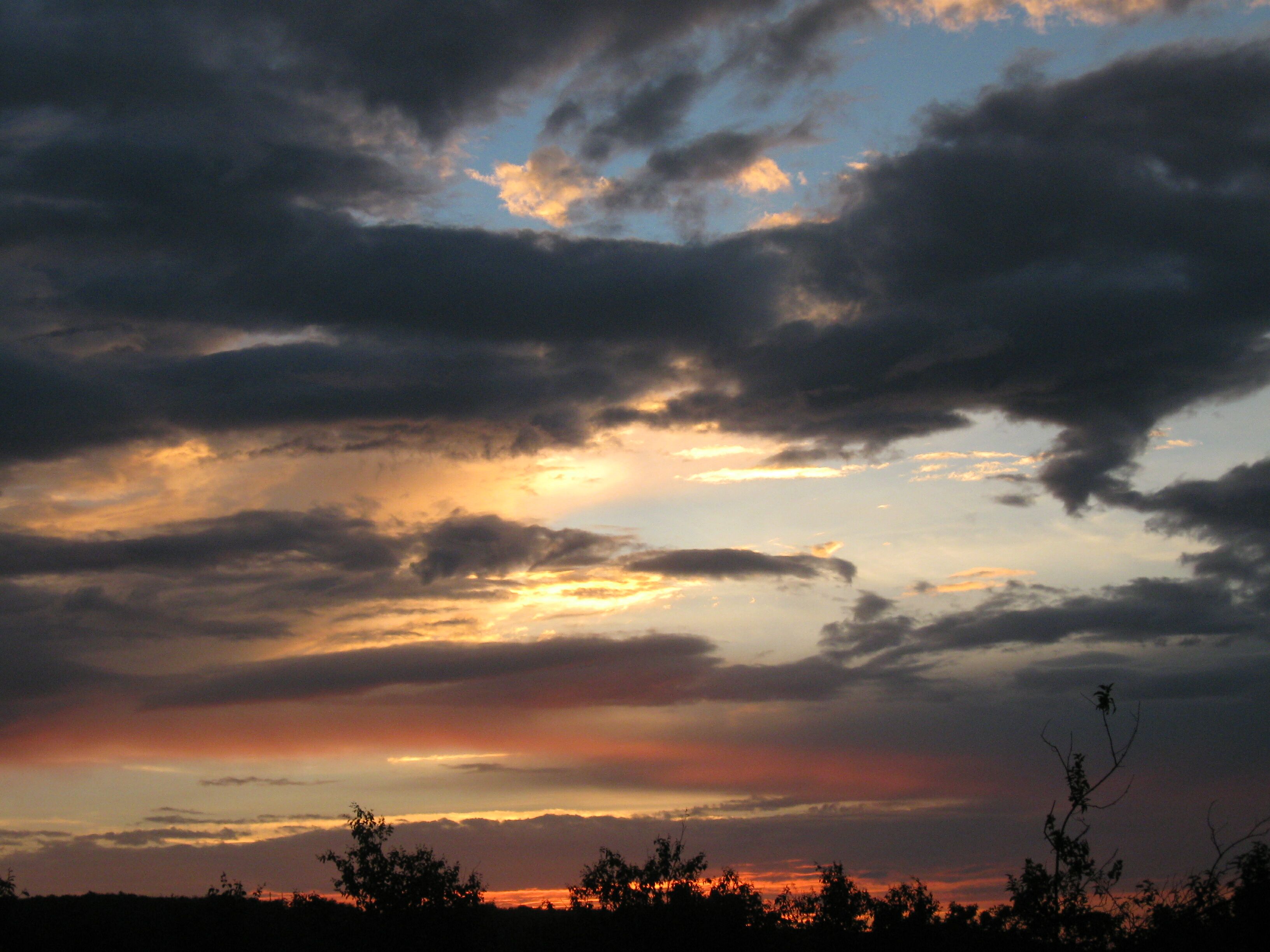 But there was also plenty of walking, to places like the Wilson’s Creek Overlook on the  Parkway, which you reach by a trail that closely resembles a stone staircase  3/4 of a mile long, but which rewards you with this view: 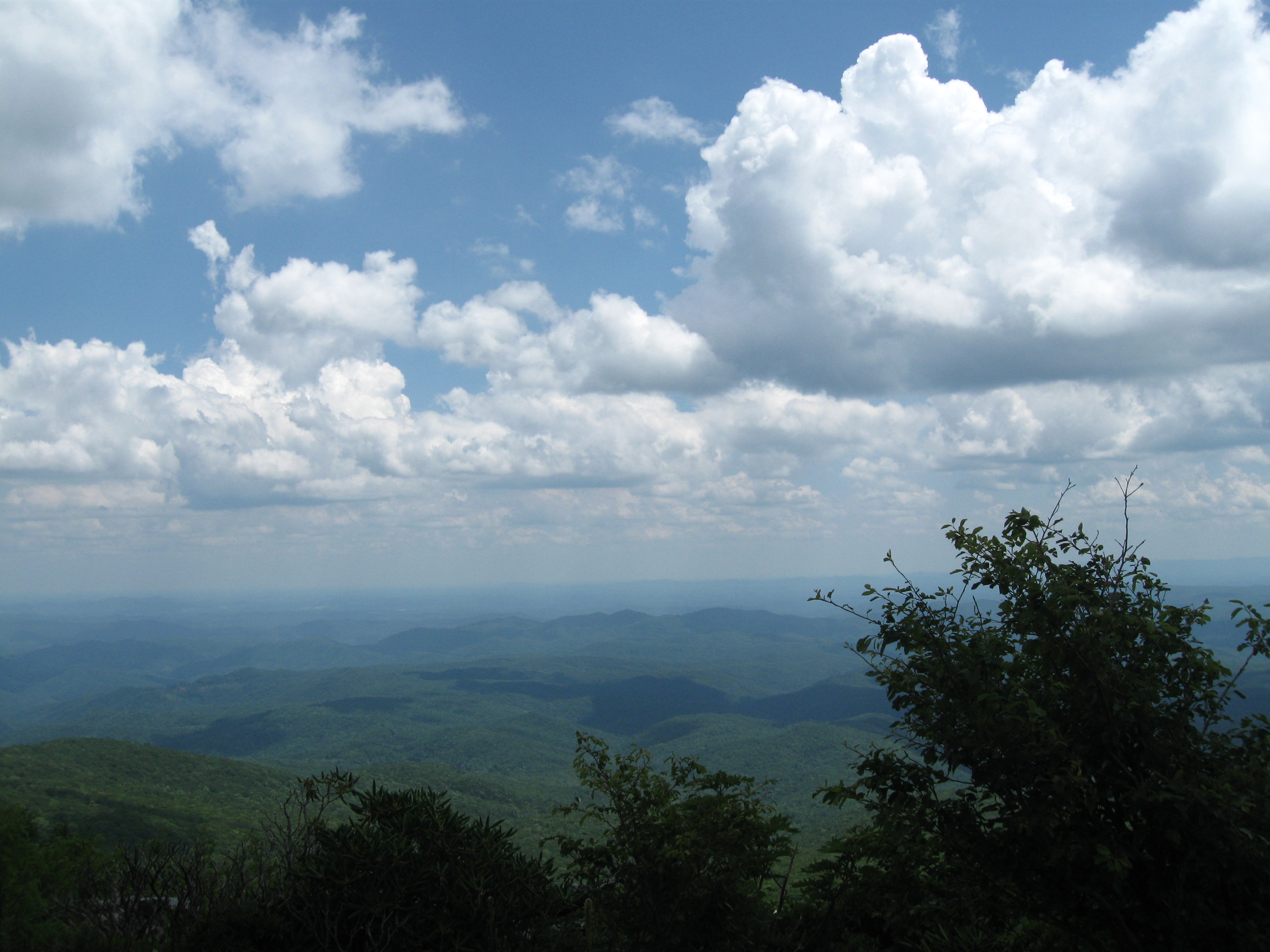 Or the hike to Linville Gorge: 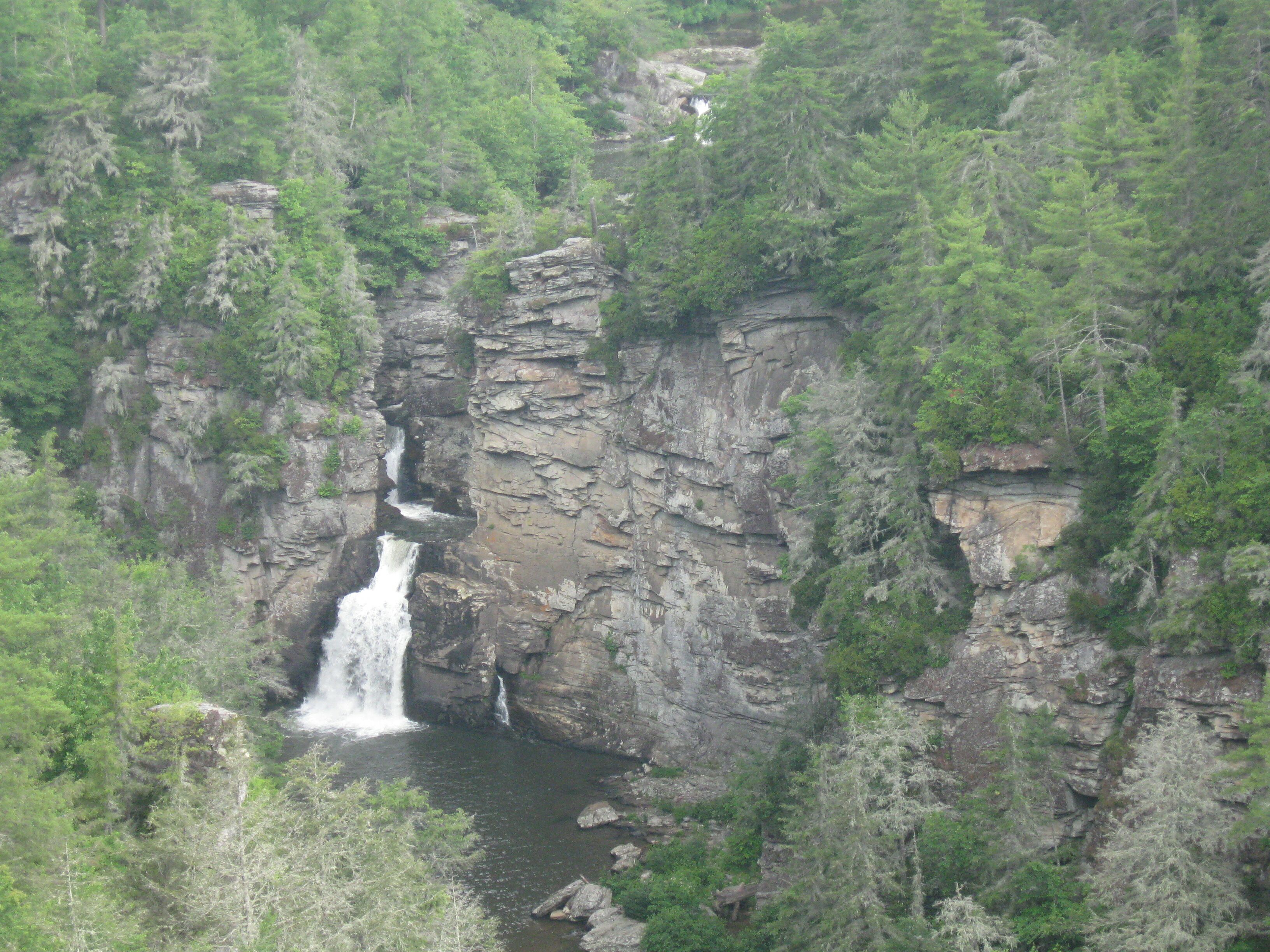 All in all, though, it was a chance to live a little more slowly. I still did a lot of the things I do every day, like check e-mail, but with every one I made myself answer the question, “do I really need to respond to this today?” With a very few exceptions, the answer came back “nope,” as I closed the lid on the laptop. Very liberating, that. I recommend it.

I got less writing done than I’d planned. But that was okay. I wrote when I wanted, and I got a clearer vision of where I wanted the book to go in its last act. A long walk in the mountains  will do that, when you’re not gasping for breath and hoping those spots in front of your eyes don’t mean you’re about to have some sort of aneurysm.

I also got a lot less reading done than I usually do on vacation. I’m typically pretty cocky about the number of novels I can burn through while lying on the beach. This time, I got exactly two read (Brad Thor’s STATE OF THE UNION and Ian Rankin’s A QUESTION OF BLOOD, if you’re interested). But I thoroughly enjoyed them both.

Which caused me to reflect: what the heck is my hurry when it comes to reading, anyway? Even with books I like, I tend to be constantly checking where I am in relation to the last page, eager to get to the end and go on to the next book in the TBR pile. ﻿And why brag, as i’ve been known to do, about how many books I read in a week off? Since when did reading become competitive for me?

When considering the question I came across this article on the “Slow Reading” movement. Seems that I’m not the only one to ask the question, “what’s your hurry?” when reading. “Mostly,” the article says, “the ‘movement’  is just a bunch of authors, schoolteachers, and college professors who think that just maybe we’re all reading too much too fast and that instead we should think more highly of those who take their time with a book or an article.” The idea goes all the way back to philosopher Friedrich Nietzsche, “who in 1887 described himself as a ‘teacher of slow reading.” Slow reading, the theory goes, increases comprehension and enjoyment of the text. It’s hard to do in this high speed, hyperlinked world, but now that I’m back to that world  after a week of living slowly, I think I’ll try a little slow reading. I know life’s short and work often demands speed…. but what’s the use of hurrying through your pleasures?

‘Rati, what say you? Anyone for some slow reading? Or do you do that already?