I’ll be out of the country for a few weeks and I’ve asked a couple authors to pop in and introduce themselves while I’m gone. Today you’ll meet Eric Stone, and on September 23rd you’ll meet Miles Corwin, author of KIND OF BLUE, HOMICIDE SPECIAL and THE KILLING SEASON.

I’ve known Eric Stone for a number of years now. He’s a genuine nuisance and an all-around Good Guy. He is also the author of the Ray Sharp series of detective thrillers set in Asia and based on true stories that he covered as a journalist: The Living Room of the Dead, Grave Imports, Flight of the Hornbill and Shanghaied (in which he brutally murdered his series protagonist.) He is also the author of Wrong Side of the Wall, the true-crime / sports biography of Blackie Schwamb, the greatest prison baseball player of all time.

He is currently at work on a trilogy of coming of age novels set in Los Angeles during different eras and in different communities.

Eric worked for many years as a journalist in the U.S. and Asia, covering everything from economics to crime; politics to sex, drugs and rock & roll. He once wrote an advice to the lovelorn column for a bi-lingual (English-Chinese) fashion magazine. He currently lives in Los Angeles. You can learn more about Eric at his website, http://www.ericstone.com

WRITING SUCKS, BUT WHAT ELSE AM I GOING TO DO?

A guest blog for Murderati by Eric Stone 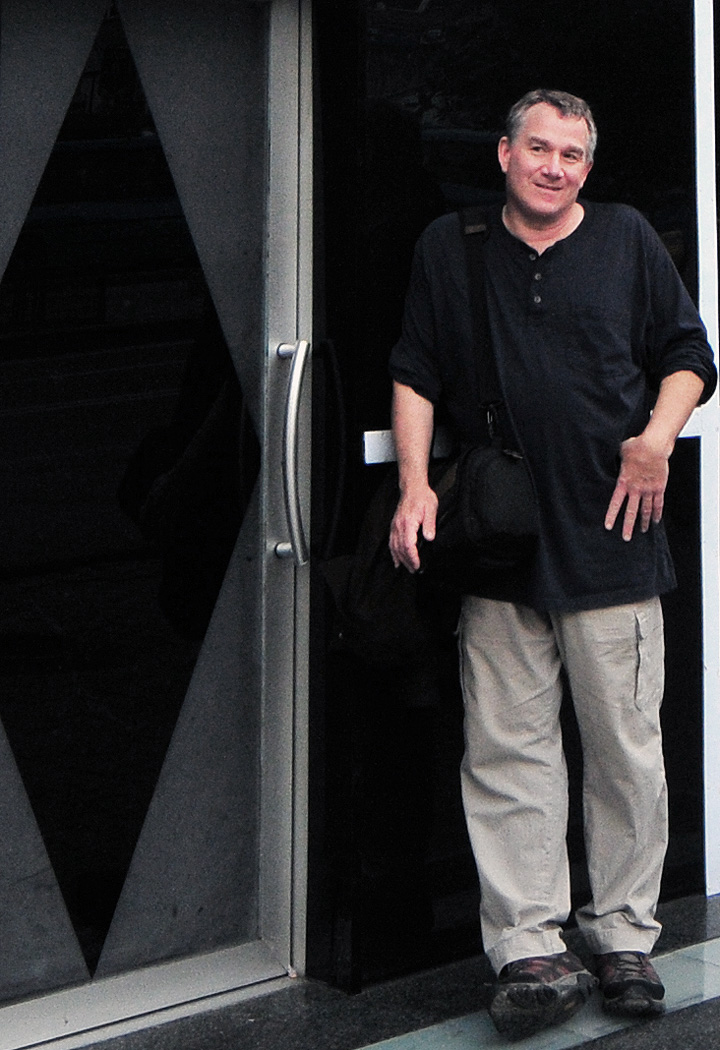 This summer, for the very first time in my life I’ve been having an awful time trying to write. I don’t like anything I write and what little I manage to start loses steam, or slams into brick walls. Thirty years ago I would have been filling the wastepaper bin in my office with reams of paper. Now I’m more environmentally friendly – if you don’t take power plants into account – I just discard pixels.

All the palliatives and advice I’ve received and dispensed to others myself over the years have done no good.

“Inspiration is for amateurs.” Oh, fuck you Chuck Close, you get millions of dollars for one of your damned paintings made up of all those endless tiny self-portraits. You don’t need inspiration, you’ve got your shtick.

“When you face writer’s block, just lower your standards and keep going.” Blow it out your ass Sandra Tsing Loh, I find your Asian Valley-Girl Mom blather on NPR incredibly annoying. Talk about low standards.

“If you don’t think too good, don’t think too much.” You could hit the ball, sure, couldn’t you Ted Williams? But you weren’t much of a fielder. Booze used to be good for sticking to this advice, but as I get older the hangovers get worse and less worth it.

It might help if my latest book would sell. It’s been sitting on about eight editors desks in New York, mostly, since sometime in July. Waiting is murder, slow, torturous murder even when it’s your sixth book.

Maybe this is it, the end. Maybe all I had in me was five books. Most people don’t ever even write one.

But maybe by the time this blog is published – after Labor Day – the publishing industry will have finally left the beach, shaken off the sand, washed off the sunscreen and got back to their offices. Maybe some of them will take pickaxes and shovels to the piles in front of them and finally unearth my manuscript. Most of them will reject it.

Maybe one of them will realize it is the best thing I’ve ever written and the next book will be even better and they’ll buy it. That possibly hallucinatory carrot dangling just out of reach in front of my nose is what keeps me going. That might just prove inspiring. Take that, Chuck Close.

But there are those times when I think, sometimes even know that the smart move would be to simply give up. Who needs the damn carrot anyhow?

Those are the times when I’ll be chewing on a paperclip at my desk, wondering what would happen if I just swallowed it. I’ve never swallowed a paperclip.

Those are the times I can best picture the label on the bottle of good single malt in the next room. Not until five or even six, Eric. Not until you can think up something to reward yourself for or build up enough sorrow to drown.

Those are the times I am taunted by the knowledge that distraction, amusement, companionship and simple gratification are no more than a couple of mouse clicks, a phone call and a couple hundred bucks away.

I guess I’m just too stupid to give up, or to prematurely reach for that bottle or dial for that doll, or to do any of the too many things that I know would be easier than sitting here day after day spewing shit from my fingertips. (Although I might swallow the paperclip one of these days, by mistake if not intention.)

At times I feel like the aging, graying, sagging, verging on heat-stroked mule plodding up the narrow path of the Grand Canyon on a hot day. There’s all that cool, fresh water in the river far below. It glistens so beautifully it beckons, just sidle on over to the edge and lean a little too far and it will all be over soon.

But what can I do? I’m a mule, just another fucking mule. Even I know that the promised carrot is probably an illusion. And it sure as hell isn’t cake. But it’s a carrot and I’m a mule and the only thing I really know is how to keep putting down one hoof in front of the other and maintain just enough balance to keep from stumbling over the cliff.

Every day that I get up and want to do something else, want to get in my car and just drive away, want to go score some good strong dope and turn myself into one of the blissfully, mindless walking dead, I have to flog myself out of it. I have to whip myself with the only one word of real, smart advice that any writer ever gets. It’s the dumbest, most obvious thing anyone can ever tell a writer or a writer can tell themselves, but it’s the only thing that makes any sense in the end. It’s the only thing that any writer who really is a writer can really do anyhow.

Eric, just shut the fuck up and write. 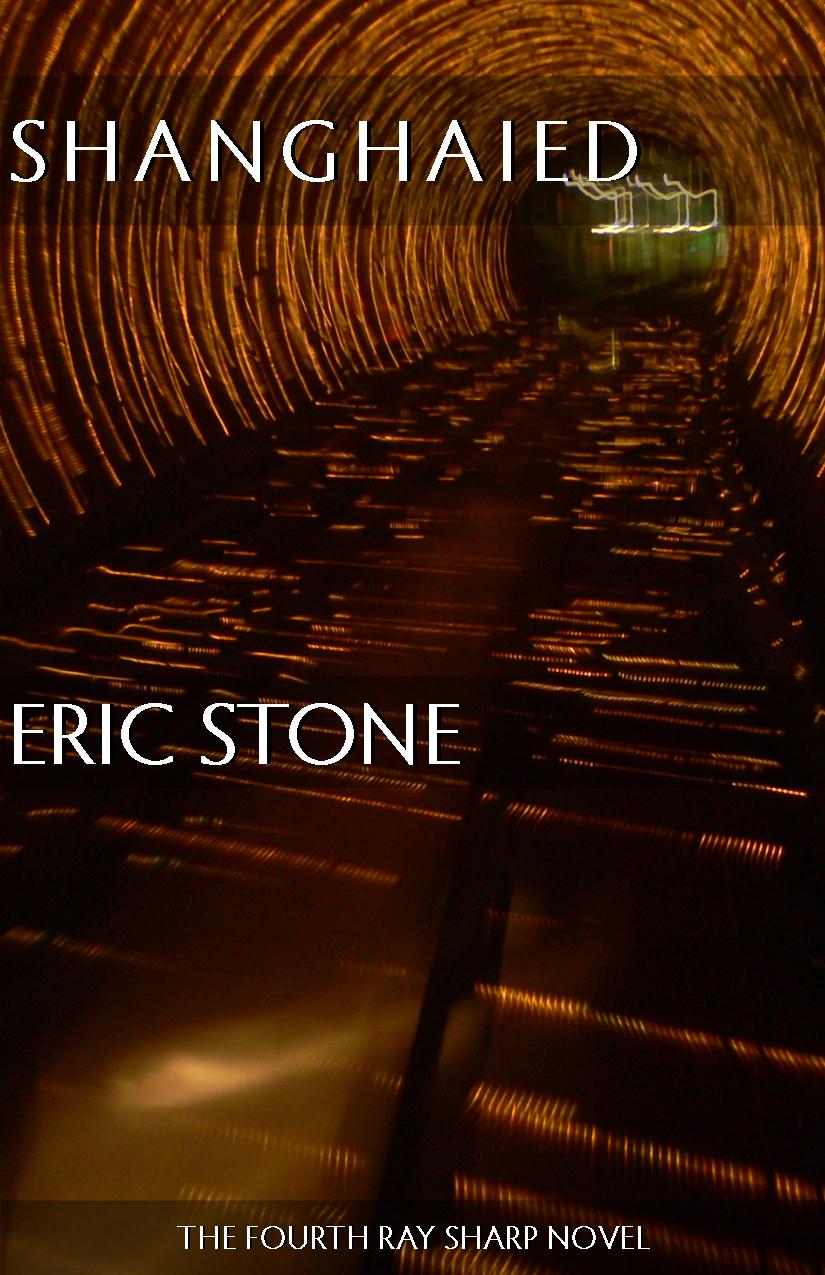