Got your attention yet? 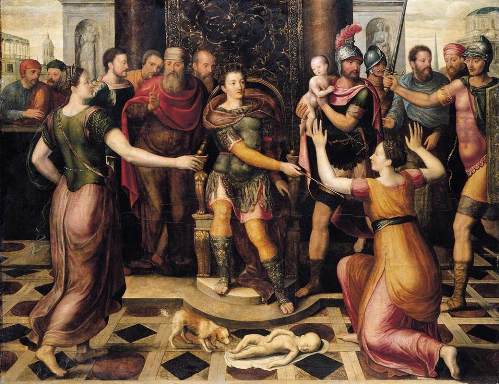 I’ll get to the gore in a minute. First, some announcements:

From January 23rd through March 12th I’ll be giving an eight-week Monday night course titled Story Not Formula: Crime Fiction Essentials at The Grotto in San Francisco. Follow this link or this one for details on what I’ll be teaching and how to sign up.

I’ll be doing basically the same course online for Chuck Palahniuk’s LitReactor sometime next year, so those of you hoping for an online course, I’ll keep you posted, and check my website for updates.

Also, on the weekend of February 4th-5th, I’ll be teaching a course at Book Passage in Corte Madera titled Integrating Arcs and Acts in Fiction and Film. Here’s the description (follow this link to sign up):

Aristotle believed that plot was the most important and difficult challenge the writer faced. But by plot he meant the architecture of change in the hero’s fortunes. Character and structure are inextricably linked. David Corbett, drawing on five iconic films—Vertigo, The Godfather, Chinatown, Silence of the Lambs and Michael Clayton—will demonstrate how the architecture of story deepens our understanding of character, with scene-by-scene breakdowns of how the drama is built. He will also, in the class discussion that follows, apply the lessons learned to individual student film and fiction projects.

Last, Otto Penzler has selected my first two books, The Devil’s Redhead and Done for a Dime, along with five short stories, for digital reissue as part of his Mysterious Press imprint at Open Roads Media. Hopefully the books and stories will be available for download early next year. I’ll keep you posted. 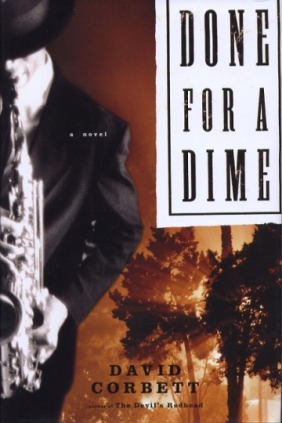 Now back to scalps and such.

I had a completely different post in mind for today, but then I picked up the morning paper. As I wrote here on Murderati two weeks ago, my hometown suffered a bitter loss recently when a wonderful man and brave cop, Officer Jim Capoot, was murdered in the line of duty. I predicted that a tough political fight would soon be brewing over the issue of police staffing, city finances and public safety contracts.

Boy, that was quick.

A newly elected city council majority has decided to propose a public safety review committee that the police officers union and police supporters find not just pointless but insulting, calling it a travesty to their professionalism and the memory of their fallen comrade. They intend a mass demonstration at tonight’s council meeting, with T-shirts honoring Jim Capoot.

In short, the heat is already cranked up to boil, before most of us even know what’s going on. And this reminded me of one of my favorite historical insights, from Evan Connell’s Son of Morning Star, about General George Custer and the Battle of Little Bighorn. Somewhere in the mid-nineteenth century, a settler actually bothered to ask a Native American why the warriors of his tribe took the scalps of their victims. The response says everything about human nature: “Because our enemies do.”

Henry Adams likened politics to the systematic organization of hatreds. He’d feel right at home in my hometown. If he still had his hair.

In such a charged atmosphere, with emotions so high after Officer Capoot’s slaying, the city council majority’s decision to press forward now with this hot potato demonstrates a level of arrogance and political tone deafness that is almost inspirational. I know the time line is tighter than it seems, with police and firefighter contracts ready to expire in June, but this could easily have waited a month.

Beyond that, though, is the issue of merit. I’ve met a number of the cops in Vallejo and done the prep course for the Citizens on Patrol Volunteer program. I spent fifteen years exposing lazy, incompetent, lying, drug-addicted, corrupt and bigoted cops. I’ve testified against them. I think I have a pretty good nose for the breed. That’s not the problem in Vallejo. In fact, V-town has one of the most professional forces I’ve ever encountered. The problem we have is simple: the cupboard is bare. We can’t afford more police officers, no matter how much citizens and the police themselves may want them.

But the police union’s kneejerk outrage, its decision to crank up the heat and switch off the light, is equally disappointing — though understandable, given the recent murder of Jim Capoot. The only thing more puzzling is that decision about the T-shirts. Apparently nobody’s explained to them the history behind “waving the bloody shirt.” It’s not complimentary. (Carpetbaggers on one side, KKK on the other—talk about systematic hatreds. Is this the political climate we want to emulate?)

Now I know enough officers to realize beyond any doubt that they mean no disrespect to Officer Capoot or his family. Quite the opposite. But they create an impression of a willingness to exploit even the death of a fallen fellow officer in pursuit of a political agenda and protection of their own bottom line.

And the city council creates the impression that they distrust the police on a fundamental level, and lack any faith that the public safety unions will play fair or provide honest information about what’s needed to keep this city safe. Instead city hall needs to create an independent body full of non-cops to gather the facts necessary to determine where we stand. This is moonspeak for “disaster.”

Those impressions, regardless of their degree of truth or falsehood, feed a dragon that exhales poisonous smoke. And that smoke is suffocating this city.

The police are right, the review committee will harm not help public safety, and it will cost money, money this city doesn’t have, any more than it has the money for the increased staffing they want.

Postscipt: I addressed the council chambers tonight and made this point. I can’t support the resolution. But I also requested the debate proceed with a little less heat, a little more light.

One solution to the over-arching problem is to have volunteers, as much as possible, help the police do non-patrol and investigation tasks. I’ve applied to be a volunteer for the police department and intend to put out the call for more. Because the unstoppable force has hit the unmovable object—we need more police, we don’t have the money—and the collision will incinerate this city (and a great many others in this country) if the citizens don’t stand up, get engaged, and empower themselves.

I’m not enough of a Pollyanna to think volunteerism’s the secret magic voodoo answer, but I’m also not so drunk on my own gall that I want to be the one standing there when one side or the other in this fight holds up half a bloody baby and declares victory. Solomon had it easy. Solving this fucker’s gonna take real wisdom.

A recent Vanity Fair piece that covered the approaching financial apocalypse in California, and mentioned Vallejo in some detail, made the excellent and inescapable point that we’re on the cusp of a new social contract, one that demands not just more accountability from government and the powerful but much more engagement from its citizens. The Tea Party and the Occupy Wall Street movements are manifestations of the growing awareness of this transformation. Let’s hope to God they don’t just devolve into systematically organized hatreds.

Jukebox Heroes of the Week: I know I should be putting up a Christmas carol, or at least Robert Earl Keen’s hilariously heart-warming “Merry Christmas from the Family,” and wishing everyone a merry merry happy happy. But I couldn’t help myself—here’s the Boss singing Woody Guthrie:

Yes, have a wonderful holiday. This merry is your merry.

17 thoughts on “Scalps, Bloody Shirts, and Babies Carved in Half”