I am a bad, bad ‘Rati again this week. I’m sitting here late on Saturday morning (well, okay, technically ten minutes into Saturday afternoon…) and just getting around to posting. I’m on the edge of my bed, which needs to be stripped and all the sheets and stuff laundered, looking at five open duffle bags with crap spilling out of them, two laundry buckets, a pile of about thirty framed photographs, my daughter’s guitar and foot locker and two large suitcases from school back east, all of my china, and an eight-foot by ten-foot rug with a map of Centre Island, New York, on it which my grandparents needlepointed together in about 1970. I’m trying to decide what goes into my new storage space, and still have to go back to my old house to get the two-drawer file cabinet filled with my writing and collected letters from the last thirty years or so, and go to my friend Sharon’s son’s middle-school graduation barbecue party this afternoon, then meet my mom tomorrow to move down to her house for the rest of the summer. And I’m wondering if the work on my old house will get done on time, and whether anyone will buy it, and whether I’ll be able to make the rent on my new apartment in New Hampshire until the next time I get paid, and meanwhile wondering what the hell happened to my life, in general. Oh, and what I’m going to be doing for my fourth novel.

Basically, I’m forty six years old and starting over. Completely. Which will probably turn out to be a good thing, but at the moment it’s kind of scary–like I’m standing at the edge of a cliff with my toes curled over into the abyss below, and all my pals are telling me that it’s going to be totally fine to jump, because the wind is strong and they’ve got my back. And I kind of believe them, but still, it’s A CLIFF, you know?

Which for some reason makes me think of the following scene from Apocalypse Now. “Someday… this war’s gonna end….”

What would really help right now is to hear some stories about times when you guys had to start over, and how it all turned out okay. I’d be deeply grateful to anybody willing to share one of those, just about now.

Omg TY all so much for the kind words. Didn’t mean for it to be a pity party for me. It was over in a few seconds. My (white) husband was waiting in car. I ran there, locked doors. Guy saw him and rode away. My point was that streets don’t feel safe right now, not just for AAPI. 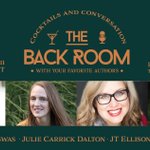