I’ve been thinking a lot about driving, this week. Mostly because I had to do all that grownup paperwork stuff that owning a car requires–the kind of thing I suck at deeply and profoundly. I got a speeding ticket on the Merritt Parkway in Connecticut last week, then got pulled over in New Hampshire Sunday… and Monday. The New Hampshire stops were because my inspection was out of date. And then Wednesday I went to traffic court for a speeding ticket I got last November. Yea! Not! 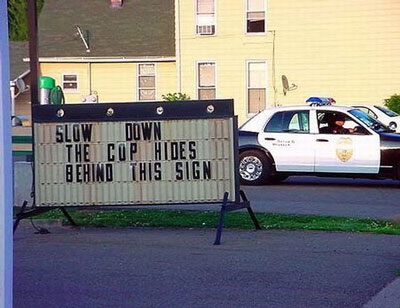 Today I’m driving down to New York again, to do some pre-college stuff with my lovely kid, and see my little brother, and hang with the beau, and generally relish time in a city where there’s decent Chinese food and bagels. Yea! Really yea!! 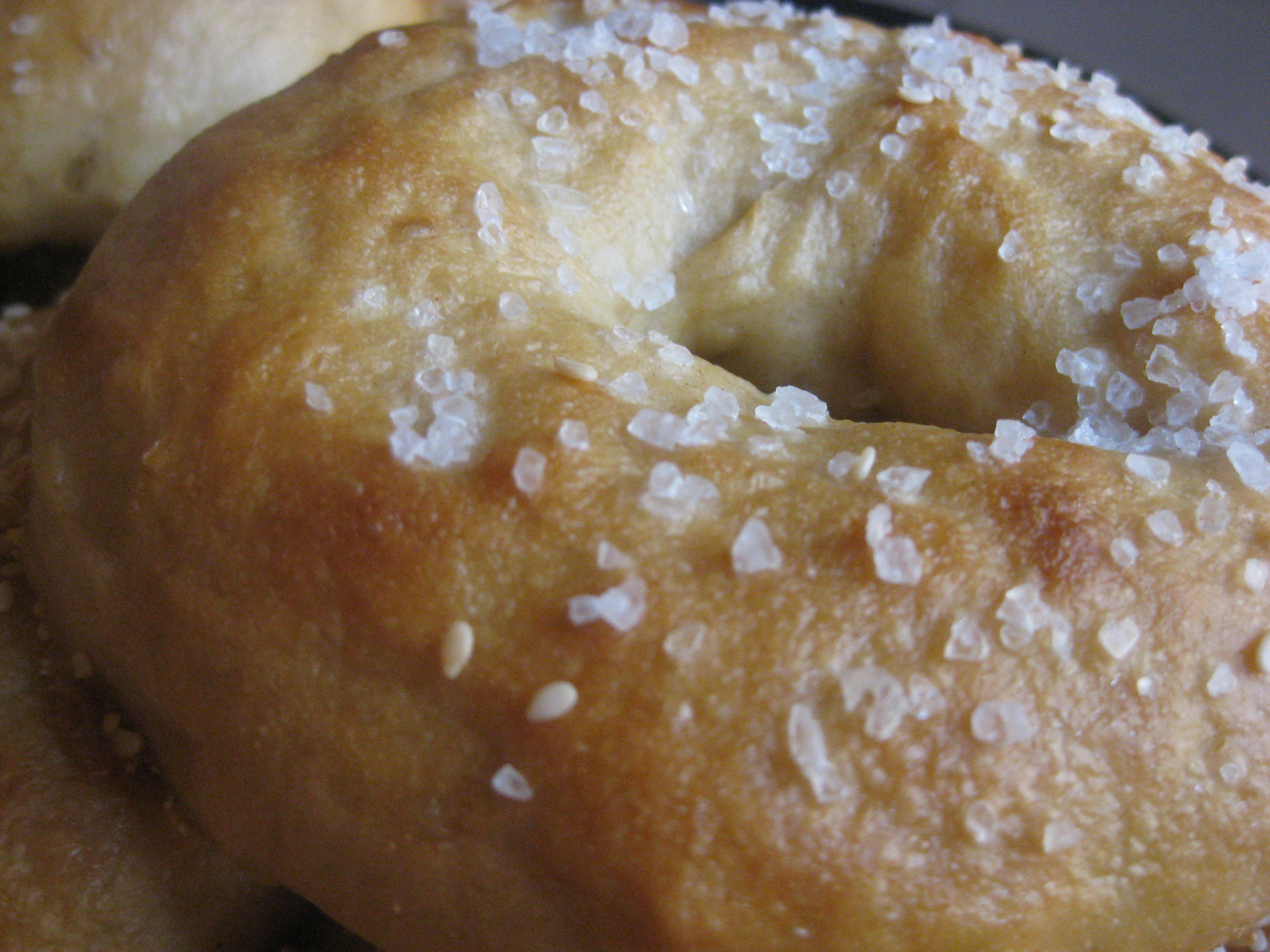 I got that ticket on the Merritt driving my stepmom and half-sister up to New Hampshire from Brooklyn, to look at colleges and stuff.

“Are you sure you want to come all the way down to New York?” my stepmom had asked.

She laughed and said, “well, you come by it honest.”

Which is very, very true. Both my parents were huge road trip people, as were both sets of grandparents. My mom’s father hated flying–he got on an airplane once in the Thirties and swore he’d never do it again. Not because he was afraid they’d crash, but because they locked the doors and he had wicked claustrophobia.

“I’d have no problem with it at all if you could fly with the doors open,” he often explained. But as a result, he and my grandmother went everywhere by ship and train and car, forever afterward.

My father’s father was rather infamous for driving like a maniac everywhere he went, especially when he was going from lower New York up to the Adirondacks. Family myth holds that he was once passing another car on a blind corner when a logging truck suddenly appeared, hurtling towards him. He played chicken with it and it drove off the asphalt and on into the woods. With about five of my seven uncles in the car with him at the time.

My parents were big on cross-country road trips–separately, of course, since they split up in ’67. Mom was the leisurely sort, taking at least two weeks to drive from California to New York at the beginning of most summers. We stayed with friends of hers across the country, or camped out at KOAs along the way. And stopped at every garage sale and junk store she could find for all three thousand miles.

In ’72 we made the trip in a 1967 Ford Country Squire wagon she’d bought for $150–me, my little sister, my little brother, and our favorite babysitter at the time, who’d been over for dinner the night before we left so Mom invited her along for the hell of it. 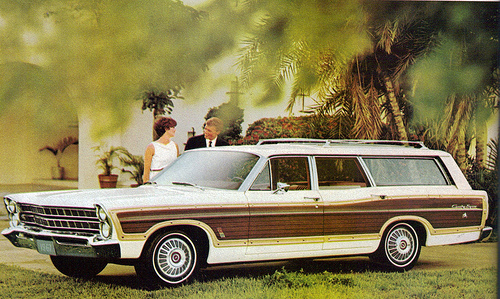 I remember putting a silver spoon on some railroad tracks somewhere in Iowa, because we’d forgotten to bring a knife for our picnic meals. The train squashed it into an excellent slicer/spreader thing, which was way cool.

Unfortunately, Mom had ignored the garage guy who’d suggested she get the brakes done as she was buying the car from him in Monterey. She rear-ended a nifty little red Alfa-Romeo convertible in New Hampshire, that July, and I hit the back of the front seat with my bottom teeth.

We stayed in this place that looked the the Tucker Inn from Seventies Cool-Whip commercials that night. 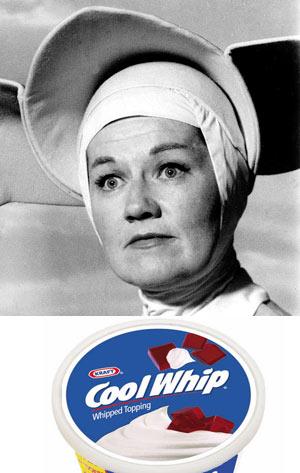 (And I did not know until Googling for a picture that Mrs. Tucker was played by one of the nuns from The Flying Nun. Cool!)

Mom instructed me to go downstairs to the coffee shop and order a “frappe” with an egg in it, since that’s what they called milkshakes in New England. This was my dinner, as the dentist at the ER had had to pull my two bottom front teeth forward with his fingers from their flattened position over my tongue, and had then given my four stitches on the inside of my bottom lip. 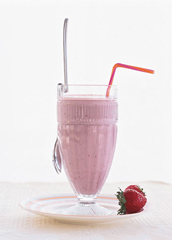 The waitress looked at me kind of funny, and I noticed that my beverage still had lumps of ice cream in the bottom of the glass when she served it up. I figured I could eat a lump of ice cream, so drew one up to the top of the glass with an iced-tea spoon, only to discover that the woman had put a hardboiled egg into my drink.

Dad was more about distance than garage sales, the times I drove with him. We did the California-New York jaunt together the following summer in four and a half days–only stopping in Elko, Nevada for an afternoon because they had a great Volkswagen repair place and excellent “broasted” chicken across the street at a Dairy Queen. Dad lived in his VW camper in those days, so we could just pull over wherever we were when he got tired late at night and sleep in the back. 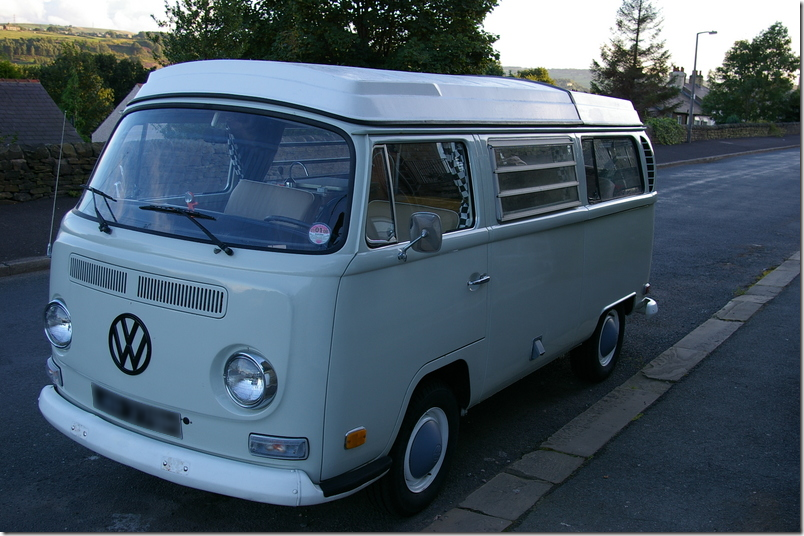 This mostly worked out okay, except for the night we crossed the Continental Divide and were coming down the eastern side of the Rockies around midnight.

There are not a lot of places to pull over, when you’re going downhill that fast for that long. There was some kind of gorge over to our right that put kind of a premium on parking spots. Finally, when Dad was really bleary and wiped, we saw a sign that said “Garbage Cans, 500 Feet.”

He wheeled the van into the little spot and set the parking brake and we crashed hard on the mattress behind the front seats, both exhausted and immediately falling into comatose sleep.

Until suddenly the entire cabin of the van lit up with a bright light and we were simultaneously blasted by a very, very loud train whistle.

“Cornelia… do you remember if I pulled across any tracks?” asked Dad, rather calmly I thought.

“Um…” I said, racking my brain and pretty much ready to puke on my own feet with terror. But I didn’t have time to finish the thought as a very long freight train suddenly rocketed by, about four feet to my right. 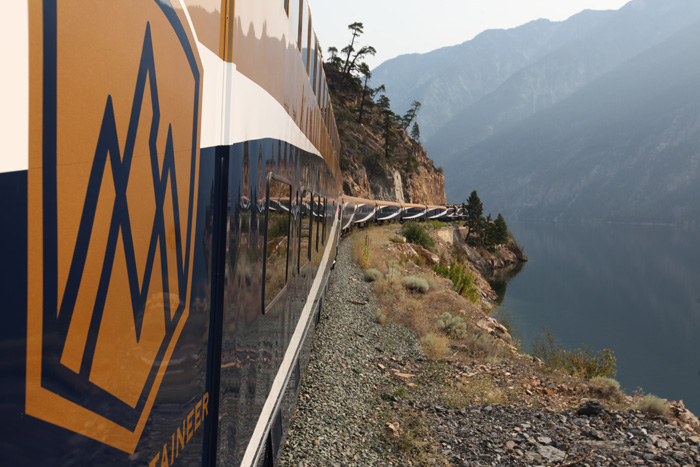 We hadn’t seen the tracks because they were slightly below the level of the highway. Luckily.

I guess travel is in all of our blood–Mom’s maternal grandfather ran a shipping line, and Dad was named after a family friend who opened a bunch of hotels near train stations throughout the Southwest: Fred Harvey. 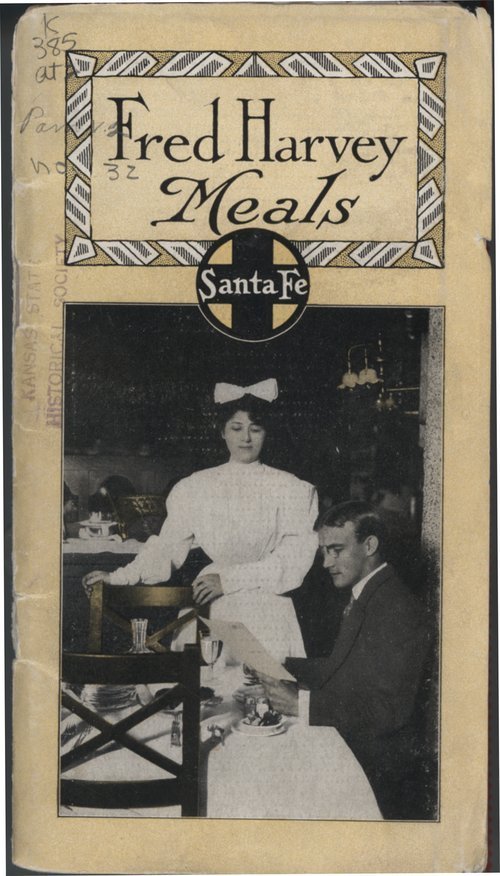 I did a lot of driving cross-country myself, when my girls were little. I can advise you from actual experience that it is a REALLY REALLY bad idea to drive from Colorado to California along Highway 50 with a pair of two year olds in your back seat. There is a reason it’s nicknamed “The Loneliest Highway in America.” Also, it is really flat and boring. And if one of your kids should happen to do a face-plant into a concrete outdoor bench at a Dairy Queen along the way, you will be lucky if it’s the day the travelling doctor shows up in town that week to run the clinic. Even if your kid doesn’t need stitches.

Anyway, more driving today… and it’s awfully nice to have my iPhone tunes playing on the car radio instead of having to listen to “Brandy” on an AM station all the way across Iowa or Nebraska. 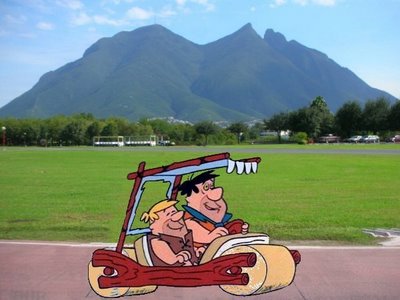 Do you come from a car family? Any great road trips when you were a kid?