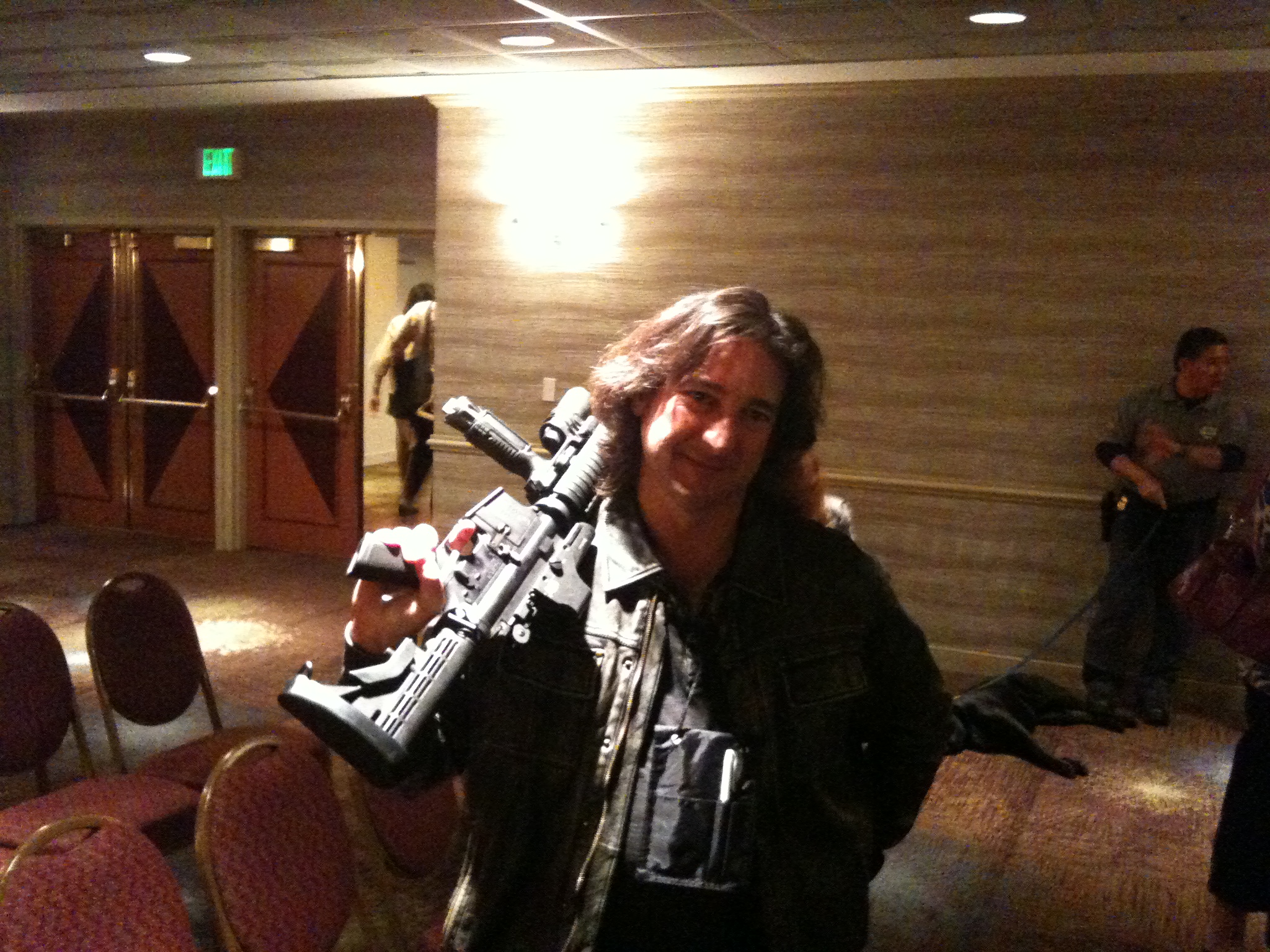 I’m reporting from the Romantic Times Convention in downtown Los Angeles. So, why am I wielding a Colt M4 tactical assault weapon? Could it be because men here are out-numbered 300 to 1 by their female counterparts?

It’s tough in the trenches – Brett, Rob and I have had to team up and take positions against an advancing army of faeries, vampires, zombies and Harlequins. We sleep in shifts and keep only what we can hump in the night. Umm…that’s the military definition of “hump,” ie, “to carry.”

Okay…maybe I should stop before I get into trouble.

The Romantic Times Convention is more exciting and diverse than I ever imagined. The photo above was taken at the ATF Workshop and Demo where conventioneers were introduced to numerous weapons of minor destruction (Remington 870 police shotguns, .357 Colt Pythons, Sig Sauers, a .22 caliber “pen” gun, an HK53 Malaysian military machine gun, an AK47 African Streetsweeper that shoots shotgun shells, and an M79 grenade launcher).

However, the deadliest weapon we encountered was the One-Shot Pekingese, pictured below: 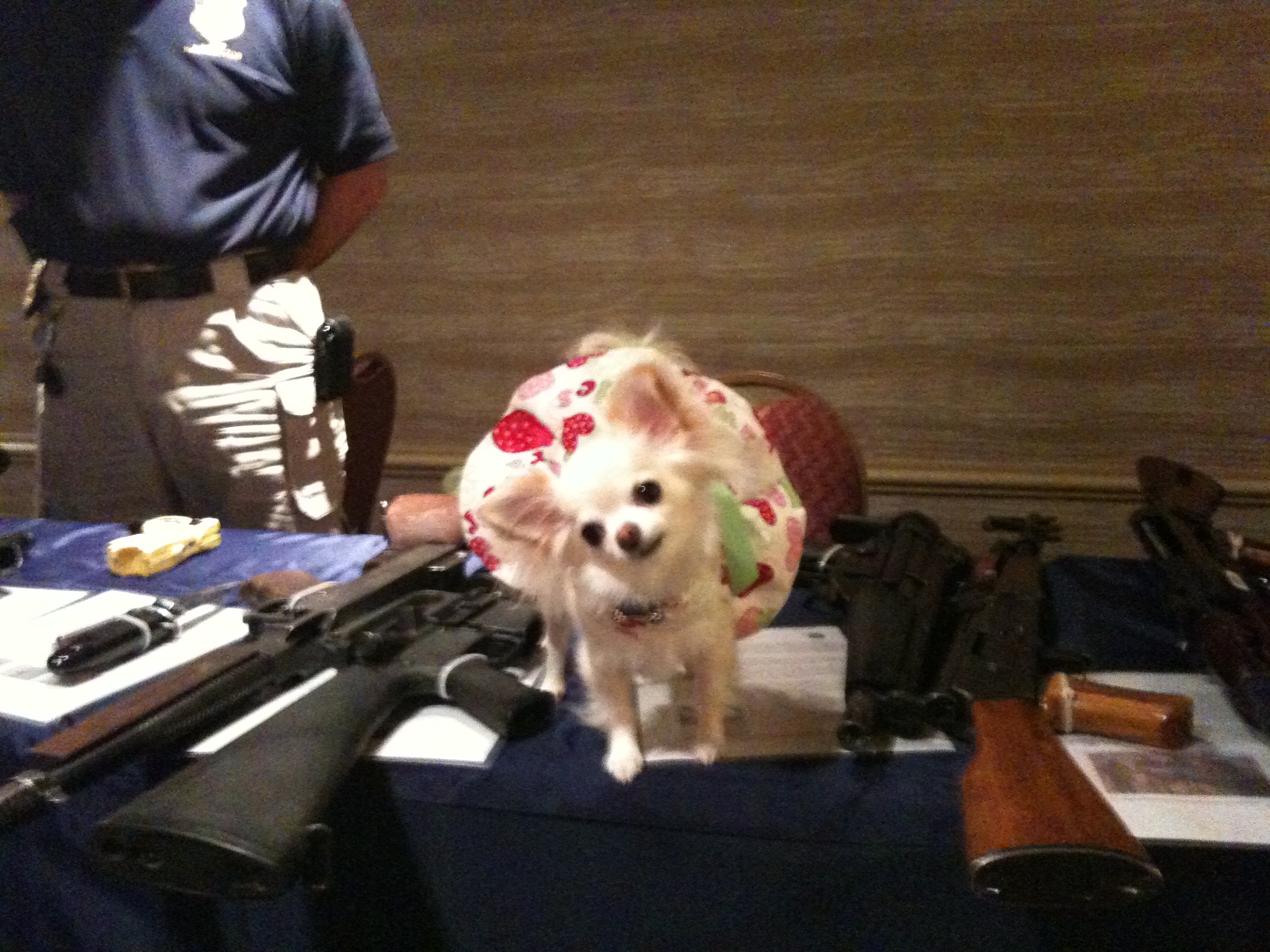 The ATF demonstration also featured a German Shephard-attack on our moderator, Author Andrew Peterson, as well as lectures by a host of awesome ATF agents and SACs.

I’m just going to burn right through some of this, because the bar downstairs is filled with hundreds of corsetted authors and it just ain’t right to be sitting in my room while the party rages on…

Listen, I could go on and on about how great this conference is. But I really got to get down to that bar. 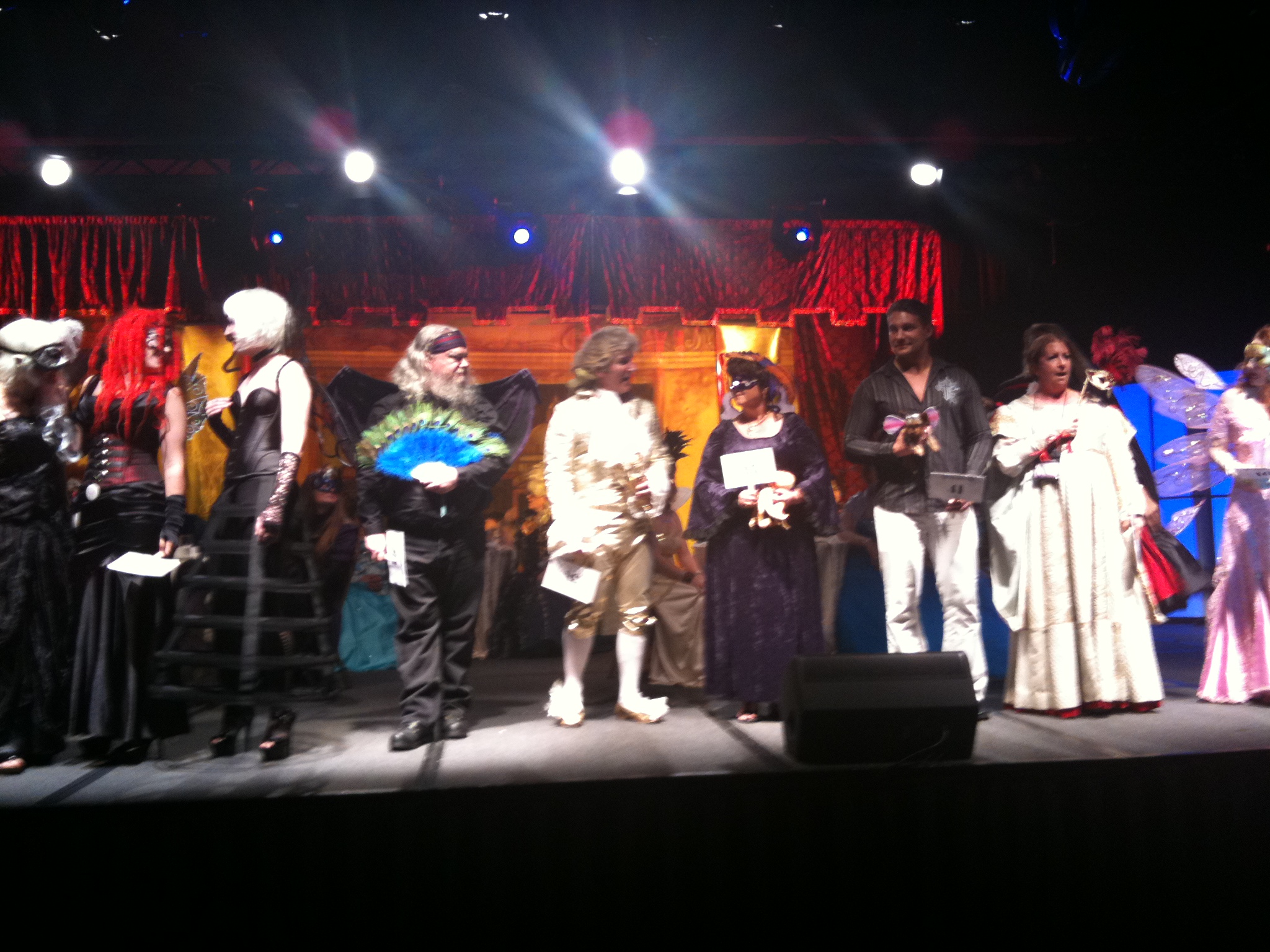 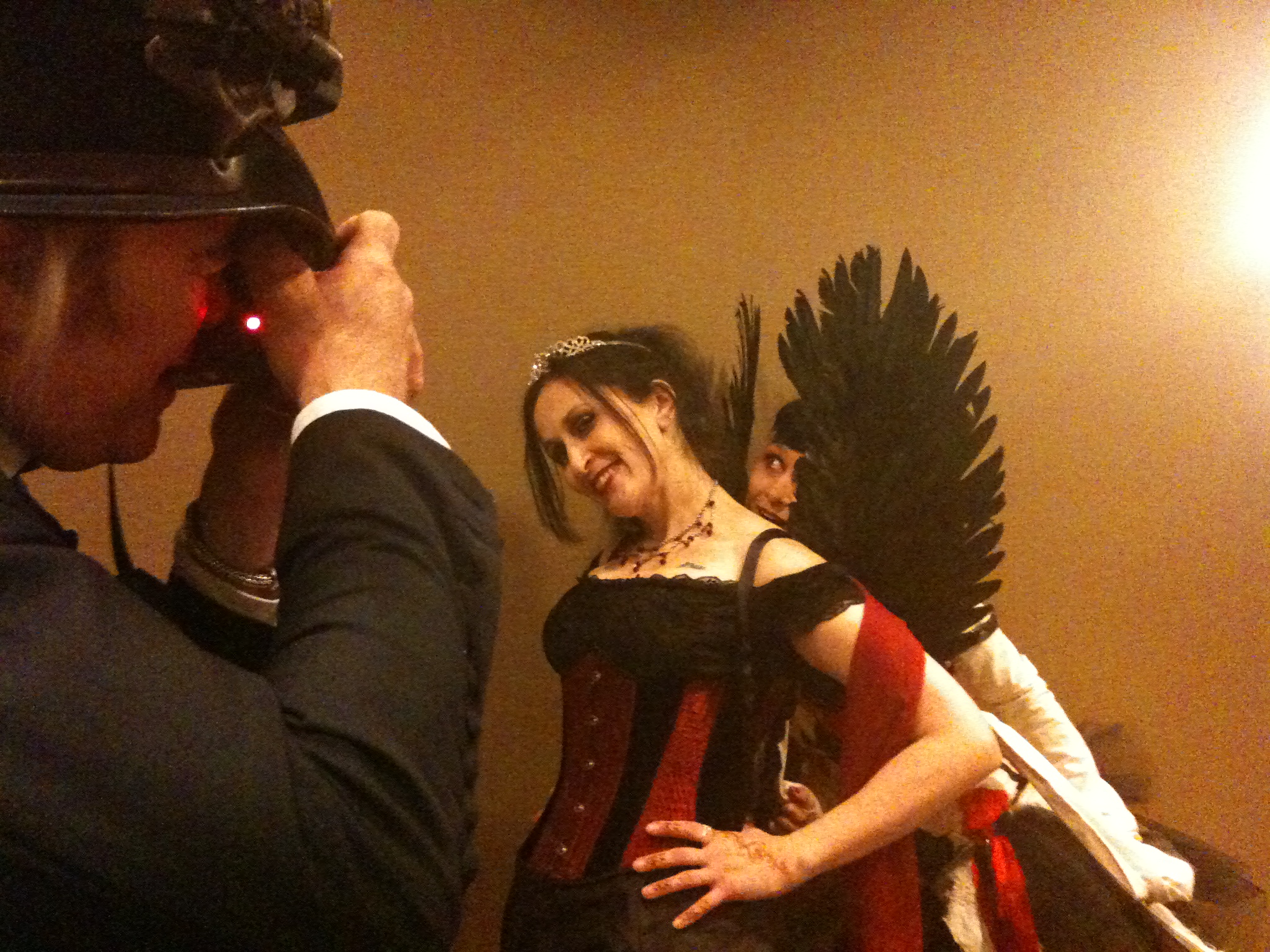 18 thoughts on “REPORTING FROM THE FRONT LINES”