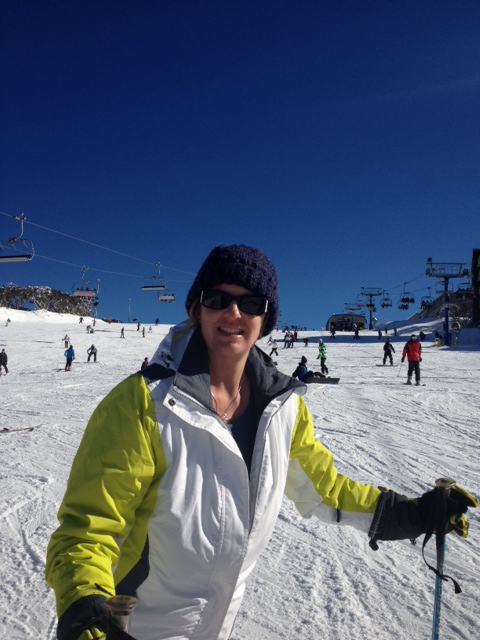 For today’s Wildcard Tuesday, I wanted to look at rediscovering old loves—not lovers (!), that’s an entirely different sort of blog 🙂

I’ve been thinking about this a lot in the past week, as I prepared to go skiing for the first time in over 12 years. Maybe longer, actually. I thought it had been 10-12 years but if I do the maths it’s probably more like 14 years. That’s a long time. Particularly given I used to LOVE skiing.

So, what stopped me from pursuing my love? I’m afraid it’s plain and simple – money. In fact, if I had money, I’d definitely ski every season, probably several times a season. I’m not sure what skiing is like in other parts of the world, but here in Australia it’s an extremely expensive pursuit. A day lift pass at Mt Buller is $108, then there’s ski rental, clothing, accommodation, etc. etc. Not really in the budget of most authors.

This trip was actually spurred on by my daughter and my dad. Grace has wanted to ski for a couple of years (since she was 3), and Dad was going up (also for the first time in 10+ years) with his new wife and step daughter. They made me an offer I couldn’t refuse; they’d pay for all of Grace’s expenses, including ski school. And so, we planned our two-night, three-day trip.

It was Grace’s second time ever seeing snow and her first time skiing. I hoped she would love it, but we took it easy, booking her in for the afternoon session on the first day. I warned her that falling was part of skiing and not to worry about it! But she’s not very fond of falling, so I was worried it would completely put her off.

It felt a little weird leaving her in the ski school. While Grace does go to school now, she’s never been to day care or a holiday program – the benefits of working from home. However, once she was settled I hit the slopes. I had two hours of skiing time to myself.  After only two green (easy) runs, I felt ready and confident enough to hit the blue (intermediate) slopes. I should say, I was never an advanced skier, mostly because I would only get up for a couple of days a season. That money thing again. So I was always a blue run girl, rather than a black (advanced) skier.

Anyway, it was definitely a case of rediscovering an old love.  We were blessed with the weather … blue skies and sunshine. I only had two hours that first day, but I made the most of it up on the top of the mountain before heading back to pick up Grace. Then Grace went on her first ever chairlift with me, and I took her down a long (easy) run. I was glad that the skiing process had come back to me enough that I felt confident taking her down with me. And she LOVED it. It also gave her the incentive to learn to ski, because she wants to go down the mountain fast like Mummy. 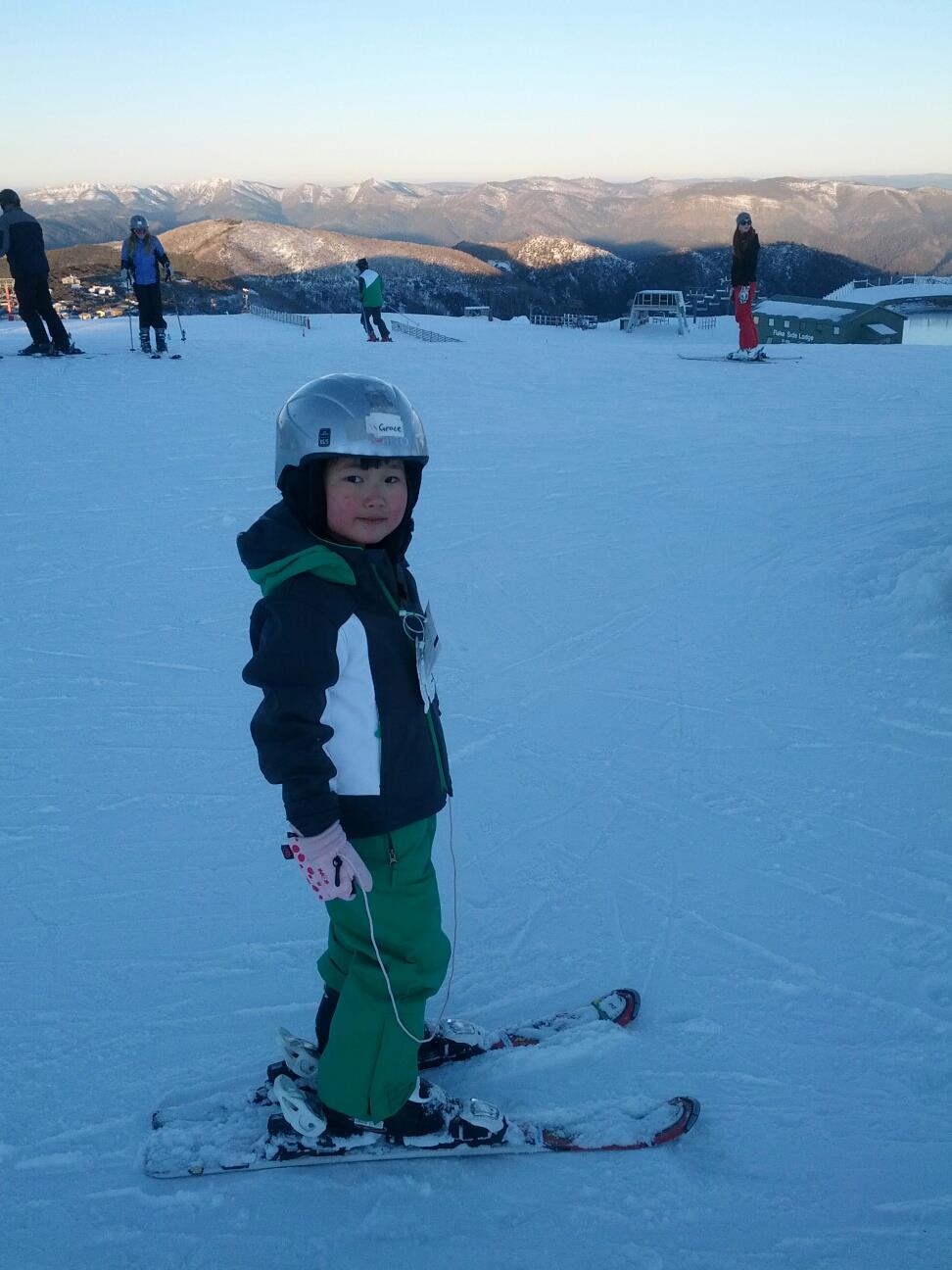 The next day she was keen for an all-day lesson (9-3.30). I dropped in on her a few times and got some great video of her learning to snow plough. In the afternoon it was up the chairlift with her again for a hot chocolate with my dad, then up a little higher on the mountain. This was when this pic was taken.

So, I’ve rediscovered an old love. I’m not sure when I’ll be up again (comes back to the lottery/best seller solution) but I hope it won’t take me another 14 years.

Are there any old loves you’ve re-discovered? Or perhaps something you want to re-discover?

16 thoughts on “Rediscovering an old love”