First, a big sigh of relief, and an internal, “Oh, yeah!”

Not happy with the amount of calendar time this book took, especially since I’m supposed to be doing this fulltime now. There were several reasons why: research trip, laser eye surgery, the holidays, and just the general distractions of starting your life as a fulltime novelist. What I am happy with is that around mid January, I buckled down and began spending large amounts of time each day at my computer. Probably 80% of the book was written after New Years.

Don’t waste so much time, and plan things so that I don’t have things like research trips coming in the middle of writing the book. Since my goal is to write as much as I can every year, doing this will help me create more time to write more than just the Quinn books.

Write Proposal: Next week (April, 2009)
Research Trip: In the next two to three months
Start seriously writing: September
Rough Draft Completed: Christmas
Submit Draft Completed: January, 2010
Plus or Minus on Deadline: 3 to 3 ½ months early (deadline May 1)

Worst case I want to be done with it by sometime next February. None of this should be a problem as long as I put my mind to it. And what this does is free me to work on other things also.

So, by analyzing my performance and making adjustments, I should be able to create holes to work on other things this summer (though summer is going to be pretty busy, see below) and then late winter next year.

Here’s what the next four months look like:
L.A. Times Festival of Books (This coming weekend!)
That research trip
Thrillerfest
A couple of weeks up at my parents with my kids
The release of THE DECEIVED in paperback (June 23rd)
The release of THE UNWANTED in the UK (July 2nd)
The release of SHADOW OF BETRAYAL in the US (July 7th)
(No, that’s not two different books, SHADOW and UNWANTED are the same, just different titles…maybe I’ll discuss that next time.)
Book tour for SHADOW OF BETRAYAL on the west coast (details here: my Book Tour info )
AND work on one of those non-Quinn projects

I know this all seems kind of clinical, but I thought it would be interesting to take a look. By writing it, it’s actually helped me focus more on what needs to be done. So thanks for hanging in there as I did that!

So what do you think? Am I crazy? Did this help you? What’s your writing plan?

SWEEPSTAKES!!! I’m giving away 2 ARCs of SHADOW OF BETRAYAL a month starting this month through June. Details for entering are here: SOB Sweepstakes

And here’s this week’s inspiration. Imagine the amount of time and planning that went into this! 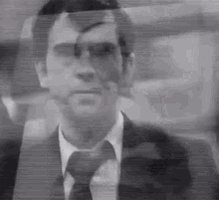