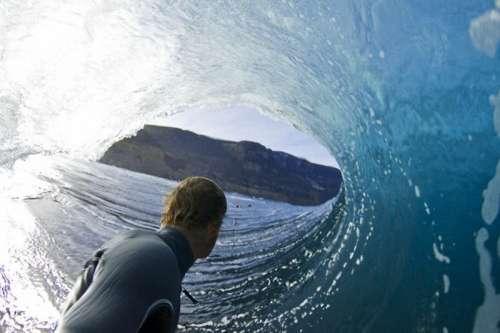 BOULEVARD was the first novel I’d ever written or even tried to write and after it sold and the hoopla died down I got a call from my editor who said, “Okay, now we have to figure out your story’s point of view.”

I didn’t want to embarrass myself by saying I didn’t know what the hell he was talking about. Third person close…to what? Omniscient sounded like something I understood – a narrator, like God, who knows everybody’s thoughts. And first person I knew, but didn’t really care for. But third person close?

After my hemming and hawing he figured I needed an education. He explained that third person close meant the story is written in third person, but it feels like first person. The narrator doesn’t know any more than the protagonist. Therefore, I can’t cut away to another character’s perspective, and I certainly can’t cut away to scenes that don’t include my protagonist. Unless, of course, I choose, stylistically, to incorporate chapters of third person close with alternating chapters of third person omniscient. But that has to be a conscious decision; I can’t just throw point of view around willy nilly.

My editor’s instincts were right. The story wanted to be third person close. It felt good to me. I like to keep the reader a bit in the dark, not knowing what’s coming around the corner. As my protagonist is surprised, so is the reader. So I had to go through the entire book and take out the handful of scenes that didn’t include Hayden Glass and find ways to incorporate that information into scenes that included Hayden Glass. It was difficult at first, but soon my brain eased into the process. By the time I jumped into my second novel, BEAT, I had it down. Third person close became the way to tell Hayden’s story.

And now I sit with my third novel in various stages of development. It’s a standalone, with all new characters. Its history is odd.

It began with my agent saying, “Okay, your two-book deal is over so you have to write a proposal. Why don’t you do another Hayden Glass book, but bigger. International. Like maybe he ends up in Bangkok and his addiction really gets tested.”

Bangkok? How does my LAPD detective end up in Bangkok? Well, he does go to San Francisco in BEAT. So, maybe he gets called for a special assignment, or he is required to bring back a perp who fled L.A. after committing a crime. I can work with this.

“Okay,” I said. “I can see him going international. But not Bangkok. Everyone I know is doing Bangkok. Besides, Hayden likes the blondes. I see him in Amsterdam. That’s where I’d be tested.”

“Yeah, Amsterdam! Great idea! But you should probably also have something ready in case the publisher doesn’t want to move forward with Hayden Glass.”

So, I went to work on two book proposals. They were two very similar stories – one was a Hayden Glass novel and the other was about a young FBI agent who was made to bring back a fugitive that fled to Amsterdam. I liked both stories, but I was partial to the new one, with the FBI agent. It was a bit like The Spy Who Came in from the Cold meets 3:10 to Yuma. That became my pitch line.

I finished the proposals and handed them to my agent. He loved them both and sent the Hayden Glass one to my editor. My editor loved it and pitched his boss and…it happened. The publisher decided not to do another Hayden Glass novel.

“Okay,” I said to my agent, my voice weighted with disappointment. “Now we send him the other one, right?”

“No,” he said. “I think you should just write the other one. Write me a best-seller and I’ll take it out for bid!”

Write it? Without a contract? A spec novel, again?

I eventually got behind the idea and started doing my research. I spent a week in Amsterdam, met and interviewed lots of interesting Dutch folk, met and interviewed many interesting FBI folk, read tons of books, did interviews, etc. As I sat down to write I considered what my point of view would be for this story. I wanted to capture that same feeling of tension that existed in my other books, that sense of surprise, but I also wanted to introduce an antagonist in omniscient, in alternating chapters. I was considering going close third with these chapters, but opted against it because my protagonist assumes certain things about the antagonist and they may or may not be true. If I wrote the antagonist in close third I couldn’t avoid getting into his thought process, which would give away the truth about his character. I want this truth to be a surprise to my protagonist and to the reader.

And so I wrote the damn thing in third person close. At least the first draft. When I was done it seemed flat. I realized that, while I can write the perspective of an American lost in Amsterdam (I was that American, for a week), I had trouble writing all the other Dutch characters. They all read like American characters with Dutch names. And just about every other character in the piece had to be Dutch. I felt like I needed to spend six months getting to know the city before I could write it with any sense of authority.

So, I dropped the project and began writing a crime thriller set in L.A. and the Central Coast of California. I got a few chapters in when my wife told me I had to go back to the Amsterdam piece. She suggested I change the venue from Amsterdam to Las Vegas, which would allow me to write American characters in a town I know well (some would say too well). I returned to the Amsterdam piece, which was called TRIPLE X (the Amsterdam flag is three X’s – I’ve since changed the title, but will have to sit with it for a while to see if it works.)

Now I’m re-developing the story and rewriting it. Las Vegas serves the story just as well as Amsterdam. The venue has to be a place without rules where my protagonist feels like an outsider. While the change complicates some of the plot ideas, it also solves some of the problems I had writing an FBI agent working on his own in a foreign country. Even my FBI contacts thought it was better to keep him in America.

I rewrote the first fifty pages or so and then last week I was writing a sentence and it came out in FIRST PERSON, PRESENT TENSE.

I stared at it for a moment and thought, “Oh, shit. This feels right. Dammit.”

Now I’m back at the beginning, rewriting it in first person, present tense.

I mean, look at one of the lines and see if you feel the difference:

“He opened his eyes and stepped away. He kept to the balls of his feet, avoiding the things that might be collected as evidence.”

“I open my eyes and step away. Keeping to the balls of my feet, avoiding the things that might be collected as evidence.”

“Bill caught his attention from the door. He seemed disappointed, as if Hoffman’s presence in the crime scene reflected poorly on his judgement.”

“Bill catches my attention from the door. He seems disappointed, as if my presence in the crime scene reflects poorly on his judgement.”

I feel like I’m right with the character, walking in his footsteps.

Present tense basically tells the reader that things aren’t necessarily going to be okay in the end. I mean, we don’t know how this is going to end, do we? It’s happening right now. Past tense tends to infer that things turned out well – after all, I’m telling you what happened, aren’t I? So, if it’s in the past then my character must have made it out alive.

It might seem strange for some to write in present tense, but it doesn’t feel odd to me. Screenplays are written in present tense, and I’ve written more screenplays than novels. It’s the first person thing that I need to get used to. Now I’m really in my character’s head. And all the things that go on are subject to the mental state he’s in. To me, that’s interesting. I don’t know why I’ve always preferred reading third person to first person – maybe being in a character’s head seemed too daunting. What if the character is crazy? How do I deal with this as a reader? Exactly.

And some of my favorite books are written in first person – John Fowles’ The Collector, Nabokov’s Lolita, Jim Thompson’s The Killer Inside Me. All deal with the paranoia of unreliable narrators. I kinda dig that. I like presenting my protagonist’s tweaked view of the world as truth, then forcing him (and the reader) to witness the real truth as the world unravels around him. To see and feel it as he sees and feels it. That excites me.

We’ll see if it sticks. I might get two hundred pages in and realize I have to experiment with yet another point of view to make it work. Who knows? It’s a journey, right?

Now I know why people write sequels. A lot of the hard stuff has already been done. I’m looking forward to writing the next Hayden Glass novel, which I’ll jump into as soon as I finish this standalone. I’ll probably publish it as an ebook, the way Brett Battles now does with his Jonathan Quinn series. That way it will publish quickly. Hell, that way it will publish at all.

So Hayden might still end up in Amsterdam. I’ll tell you what I know – when he gets there, he’ll be in third person close.

37 thoughts on “POINT OF VIEW”