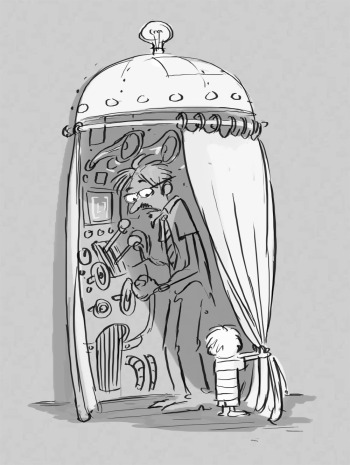 This feels a little creepy to write, just after Alafair’s post yesterday about cyber-bullying an author. But it’s a look from the other side … from the reader who thought she knew a writer’s heart and didn’t.

I found myself in an unfamiliar situation a couple of weeks ago: choosing to not read a man’s fiction because I found his personal character and politics unsavory.

I’ll leave him nameless in this blog, but you would surely know his name. He has written more than a dozen books and his work has been lauded for decades. He is revered as one of America’s preeminent crime fiction writers.

So you can imagine my anticipation when I was invited to a small private luncheon with this icon –this man whose work I have admired for longer than I’ve been writing.

And that’s where my “I know him because I know his work” rationalization crashed headlong into the reality that an author’s real voice is not always consistent with his voice on the page.

This man’s words on the page are powerful, and so deeply emotional that you would think he placed his own feet inside his characters’ shoes. In person, not so much.

While still glib in real life, he came across as untrustworthy and inauthentic; someone who doesn’t reach out for new experiences. He said, for example, that he will only travel through affluent neighborhoods because he doesn’t like to see billboards in Spanish or HIV prevention ads on bus stops. They would sully his world.

In his work, his characters care deeply about things. They are driven to find the killer, to stop the pain, to make things right in a world gone mad. In person, the less information the better.

He has no television, no radio and no computer. He reads no newspapers or any other author’s work, either in fiction or non-fiction. He prefers to sit quietly, by himself, in a dark room.

The cops in his books are not cartoonish; he creates real people with their own obsessions and weaknesses and self-doubt. His writing sings with clarity and precision.

But in real life this author thinks the cops can do no wrong and believes that torture, whether done by the police or soldiers, is justified to get a confession. “Better to torture an innocent man than to chance that one bad guy gets away,” he said at the lunch.

He called me un-American when I expressed a different point of view.

So there I was, with Famous Author’s Latest Oeuvre in hand, and I walked out without getting an autograph. I didn’t want his signature on any book in my house. And I’m considering removing his earlier works from my shelves as well, as I no longer think I can appreciate them without identifying the writing with the real life man.

This seems like such an odd fit of pique for me. While I’m perfectly comfortable not going to see a Mel Gibson movie, or finding a new favorite country singer after spotting Leann Rimes at the Republican National Convention, this is the first time that I have purposely spurned a writer of fiction because I didn’t like him personally.

(Wait a minute, come to think of it, there is one other guy, who years ago at one Bouchercon or another, invited himself to the lunch I was hosting, ordered lots of food “for the table,” then got up and left when the bill arrived. I still haven’t bought any of his books.)

But it brings me to my central question today: Do we expect the real life man to live up to the author’s voice on the page? And if you can’t stand the man behind the curtain, can you still admire the magic he conjures up?

I don’t mean that an author has to resemble their characters, or even have their same world view. There are too many good examples of the shy author who writes thrillers with daring, adventurous protagonists. Or the senior citizen whose protagonist is a hip and humorous 20-something.

I also don’t mean that every writer has to echo my own values and life experience. I guess I mean something closer to … heart. If an author’s work has depth and emotional resonance that rocks you, should you expect that to be reflected when you meet him in person? Would it be okay if he were shallow or rude or purposefully mean?

Should it even matter that I don’t like the man behind the words?

In some ways, I wish authors weren’t so “available” to us readers. In an ideal world, I’d remove both the author photo and the short bio from every book jacket. There would be no Meet the Author signings or conventions. Blogs and websites and Twitter and Facebook would be outlawed, unless they dealt strictly with a discussion of the work.

That’s why we buy books anyway, right? To get lost in a fantasy world created by someone we’ve never met. Why do we have to taint that magic by bringing the real life author — warts and all– into the equation?

Maybe I shouldn’t have gone to that lunch. Maybe I would still revere his books.

How about you ‘Rati? Do you pay any attention to the man behind the curtain?

73 thoughts on “Paying Attention to the Man Behind the Curtain”

Friday April 16th marks 100 days since the events of January 6th and the Capitol Insurrection. Republicans want you to forget about what happened that day. We cannot look away from this moment. #TheBigLie #Jan6NeverAgain

I hope you caught my episode with Bryan Washington about his wonderful book MEMORIAL last weekend on A WORD ON WORDS. You can find the episode on @nashvillepubtv or my site. And be sure to check out the transcript, because you're going to want to see the… https://t.co/KUo3Bx5Ato

Thanks, @SarahEGlenn ! Have a great weekend!

@KAZurcher These are the kinds of details I think the prosecution will need to focus on given the statutory scope. It helps the state if she was aware of the reasons for keeping them apart and decided to disregard them.

Mark your calendars for April 28! I’m honored to be in conversation with New York Times bestselling author @johngrisham to discuss his new book SOOLEY in a live virtual event at @powellsbooks. Tickets are required—see Powell's for more information. I had… https://t.co/2pCqp3WOFX