Last Friday, JT, wrote an eloquent post about owning her past creativity. She marveled at downplaying the stunning poem she wrote at age 10 and how, now, she negated or belittled so much of what she’d produced in her early years as a writer.

Her post stayed with me because I’ve been thinking about the role of creativity in my own life. This self examination began intensely in January when a tectonic rift in my marriage opened too wide. The resulting disaster area will soon translate into an informal, but very real, separation. After the initial shock and despair – much of which remains with me, albeit in more muted tones – I’ve found myself exploring this singularly important conflict in our years together.

In a nutshell, my fiction hasn’t lived up to the promise of making a solid income. From my husband’s perspective, my taking the time and space to write has been selfish, self-focused and a waste of time and resources.

Though I’ve also spent those years raising two beautiful children so that they radiate self-confidence and kindness, I’ve slowly bought into the myth that I’m a failure in many areas of my life. And, yes, writing tops the list. Sure, three of my books have been published traditionally and two have garnered national nominations. Still . . . I can’t get past the sensation that there should be more to show for my work. And that that more is, no matter how crass it might seem, money.

What, then, is creativity? Does the outcome matter more than the process?

Is its true worth measured by projects finished rather than the journey of creation?

If something doesn’t sell, is it somehow less valid than something that does?

I’ve been looking hard at these questions during this incredibly transformative time in my life and have come to a few conclusions . . . for me. First of all, the journey is tremendously important. The process of discovering my characters’ stories, of bringing them to life and crafting them is very satisfying. And though money and fame may not be the end goals anymore by which I choose to judge myself vis a vis my fiction, finishing my stories and getting them to readers in some form are.

And I’ve decided that if nurturing my creativity is selfish, then that’s fine. In the coming weeks, months and years when I’m alone – when my children are staying with their father or have grown beyond needing either one of us – I intend encourage this impulse even more in my life.

And what that means is that I commit, without fear of failure, to keep this part of my nature healthy and alive too . . .

One of the interesting byproducts of all of this thinking and turmoil is that I’ve begun to “doodle.” A few months ago, I started feeling an overwhelming need for color in my life. Rather than suppress the compulsion, I went with it and bought a big pad of sketch paper and a bunch of magic markers. 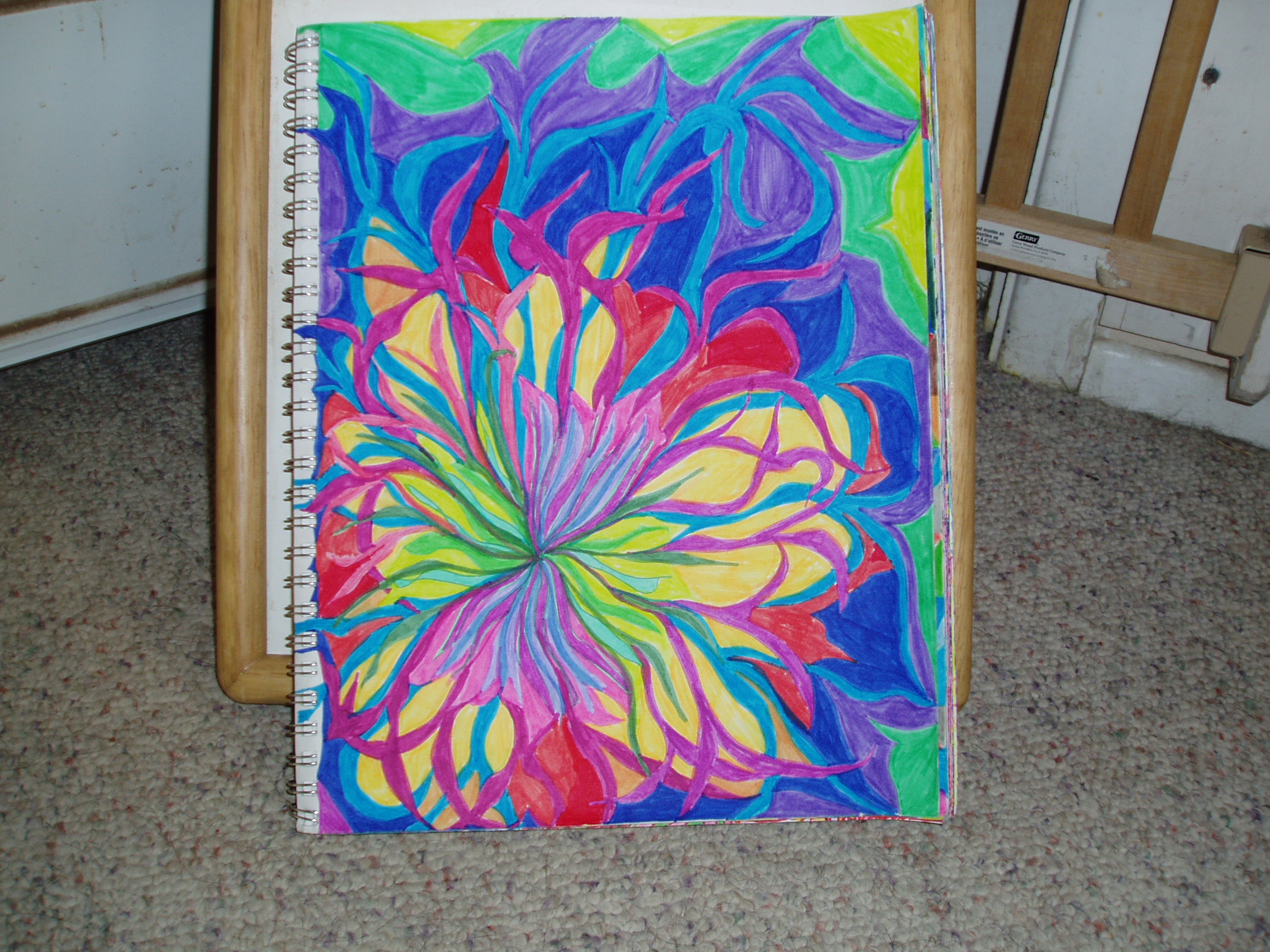 Since then, I’ve created dozens of the things – each different and each very important to me. The process has become a nightly practice, a meditation of sorts though I might have music or the television on in the background while I work. Some are quite complicated  . . . 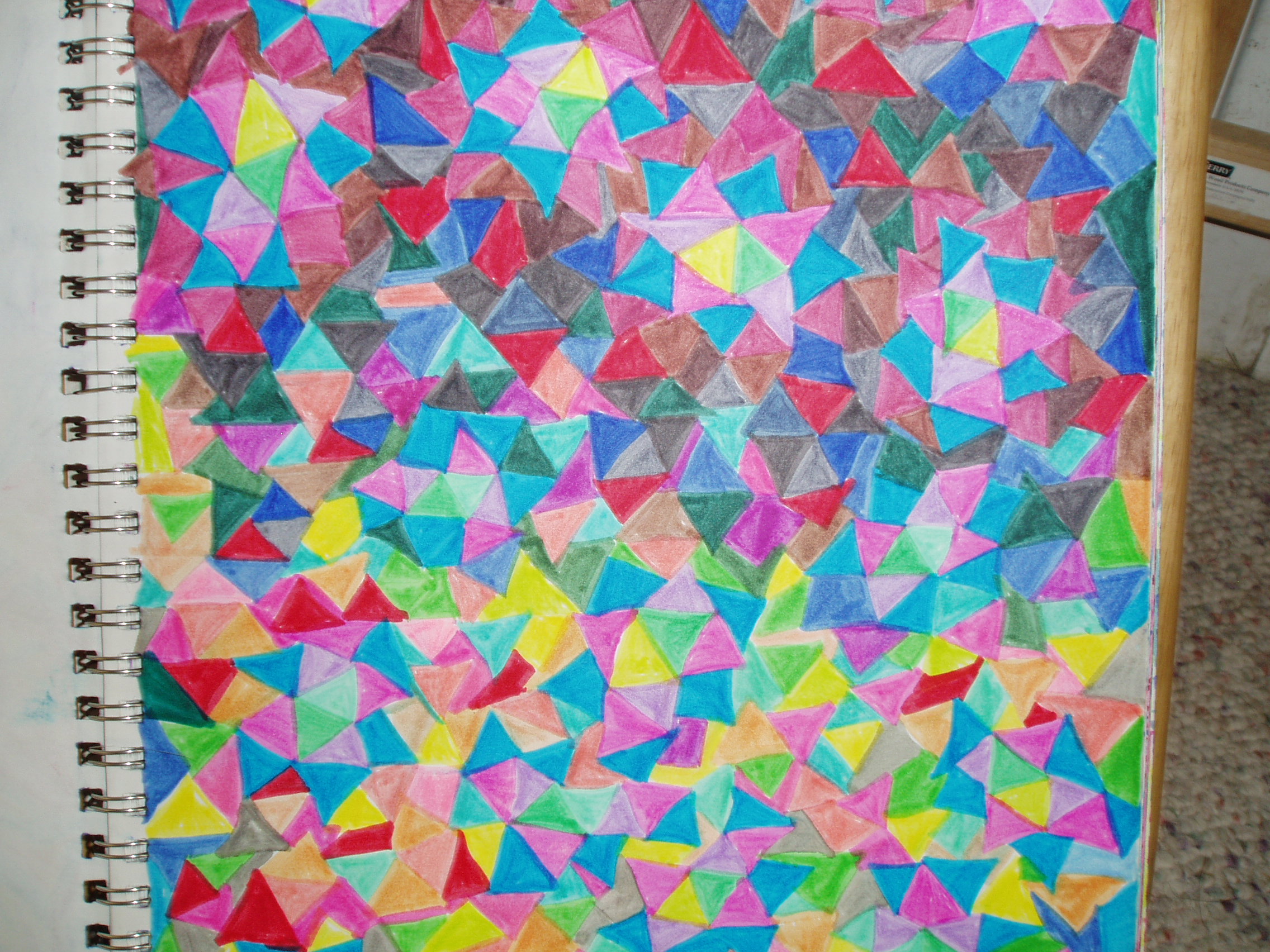 . . . while others are more soothing to the eye.

I have two rules with this healing work. I must finish what I start (I have the same rule with my fiction) – and for the moment, I’m still requiring myself to fill the page rather than leaving white space. 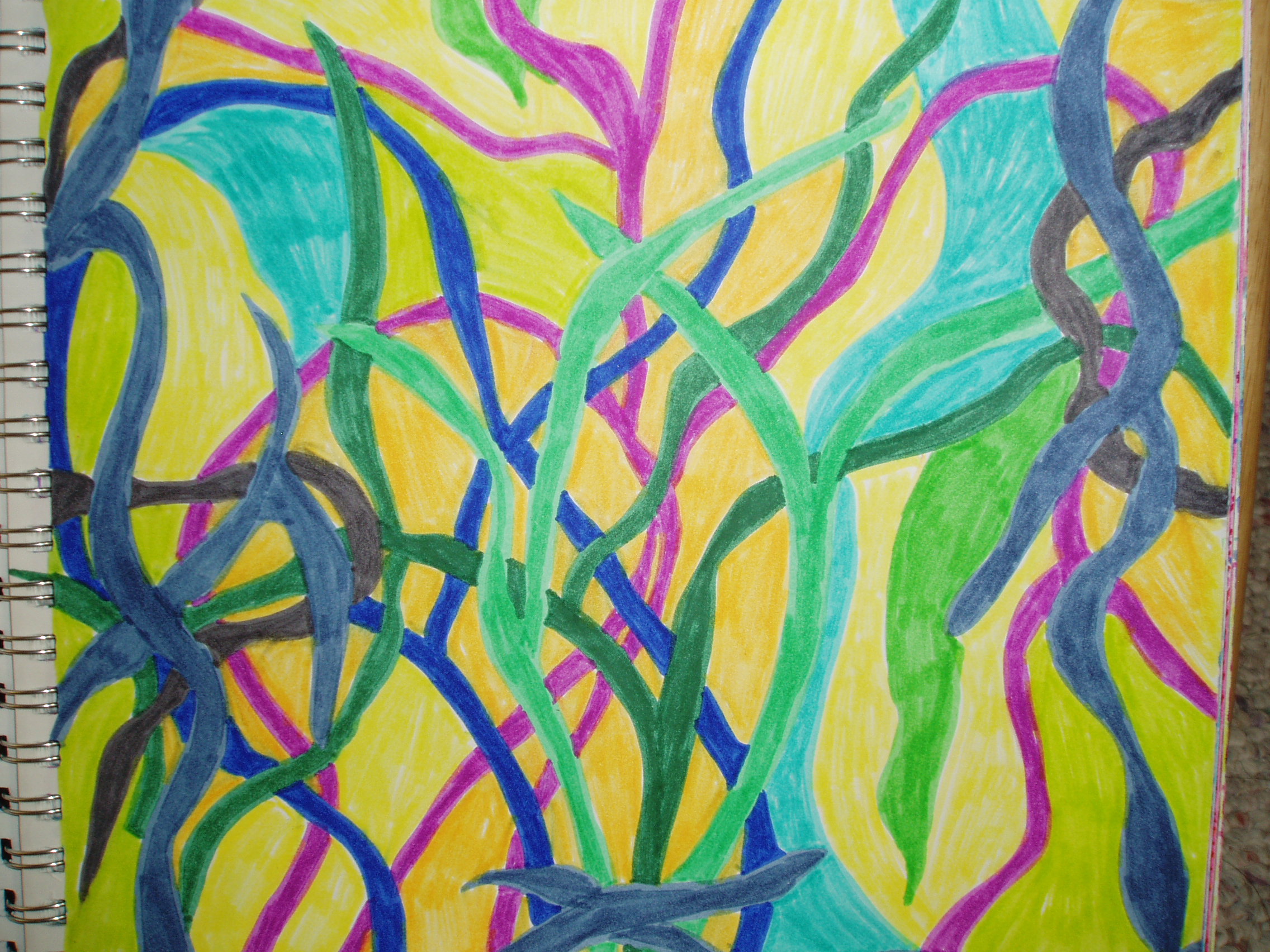 Now that I have so many, I’m considering turning some of them into cards or writing about them on my private blog — if I figure out how to photograph/reproduce them well. Even though I didn’t start creating them to make money, they might provide a little necessary income. But the difference with these – and with my writing from here on out – is that it doesn’t matter.

Have you explored similar questions?
Do you think creativity is inherently selfish? Is that bad?

Is there a validity correlation between creativity and monetary outcome?

53 thoughts on “Owning our creativity for life”