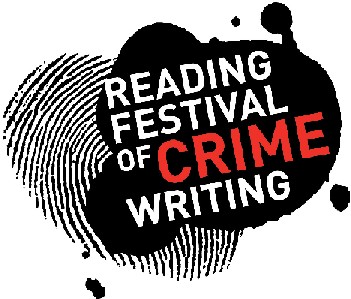 I spent last weekend at the excellent Reading Festival of Crime Writing (that’s pronounced ‘Redding’, the town in Berkshire, not as in ‘reading a book’) and a comment there by a particular author sparked off a couple of different trains of thought. The first thing was that this author not only used a pseudonym, but several of them for writing in different genres.

The reasons for this seem quite sensible. For a start, the author was often called upon to publish scientific papers under his own name, so when he first embarked on a career as a novelist obviously he did not want to run the risk that the scientific community might take his academic work less seriously because of his fictional activities, as it were.

But, does an author really have to assume new identities if they want to write outside their given field? It would seem the answer is yes.

When people ask what I write, I usually categorise myself as an author of a series of contemporary crime/thriller novels. Not a straightforward thriller, but not quite a mystery either. But perhaps I should just say that I’m a writer and leave it at that. And, if pushed, narrow it down to fiction, or say I’m a novelist.

But that’s not strictly true. If you ignore the unpublished (and probably unpublishable) children’s novel I wrote when I was fifteen, I started off as a non-fiction writer, and was producing a constant stream of technical and feature articles for magazines and newspapers for thirteen years before my first crime novel was published. (Indeed, it was my only means of income, so it had to be a steady stream, or I didn’t eat.) But I’ve also written comedy, after-dinner murder mystery games, the script for an audience-participation murder mystery play, song lyrics and short stories. The only things I haven’t attempted are screenplays and a graphic novel, but I have ideas for both … 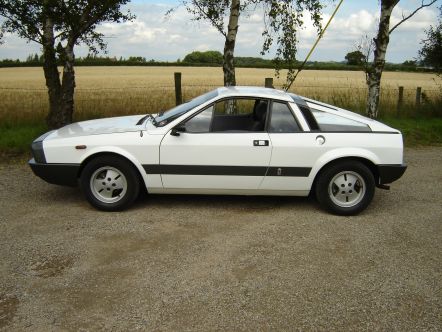 So, what’s stopping me? Perhaps it’s something to do with the other half of that statement. That I define myself as a crime/thriller writer and am reluctant to step outside that niche. After all, when I was a non-fiction author, I found that by far the easiest way to get a steady source of work was to specialise. In my case, it was all about cars. Fortunately, I was (and still am) deeply into my cars, having a series of Triumph Spitfires in various shades of repair and a mid-engined Lancia Montecarlo that shall be firmly consigned to the Mistakes I Have Tried category.

And although I’ve now retired from the non-fiction writing in order to pursue fiction, my continuing photographic work still dovetails in nicely. And yes, it’s still nearly all cars, although I’ve done a few oddities such as ferries, people’s accident scars, and even taken the occasional author pic. But when I photograph things outside my main speciality, I don’t even consider using a pseudonym.

Perhaps this is because people are buying the magazine because of it’s overall subject, rather than because it contains the work of one particular contributor. People usually remember the photoshoots I’ve done, but not the fact that I was the one who did them.

Writing has more clearly delineated barriers. The author’s name on the cover is a large part of the selling point of the book. You’re buying a brand that you know and trust to deliver what you expect. You wouldn’t be happy if you picked up a box of washing powder and found it had breakfast cereal inside instead, although it would make trips to the supermarket much more exciting.

But, if an author is not to break their contract with the reader, they must deliver what the reader expects. If a cosy author suddenly produces a book which turns into a swearfest bloodbath, their readers are going to feel understandably cheated without some prior warning. I read Charlie Huston’s ALREADY DEAD, knowing his hero, Joe Pitt, was a Vampyre and fully accepting of where that would lead the character and the story. And thoroughly enjoyable the book was, too!

It’s only when you get into a book that seems to promise one thing and then deliver another that you could begin to feel frustrated. Or – if it’s handled well – intrigued, but that’s a risk few publishers seem willing to take in these straitened times.

But does a different writing style, even the departure from a series character, mean an author has to strike out under a new name? I can think of a number of writers who do two very different series alongside each other, under the same name. With a few of them, I love one series, and am not so keen on the other, so would it make a difference if they were written under different names? Or is the gamble that, if you like one series, you’ll at least be predisposed to give the other a try when you might otherwise not, and then it’s up to personal preference if you continue reading it or not.

Dorothy L Sayers had both her Lord Peter Wimsey and travelling wine salesman Montague Egg characters. Both were amateur sleuths, the main difference being that one used the tradesman’s entrance. And although I was a fan of Wimsey, I was never quite so fond of Egg.

But that’s just within the same genre. What if you want to step outside your current genre completely? Well, that’s actually quite difficult to do, when you consider how much element of mystery is contained in other genres, the boundaries are becoming much more blurred. With paranormal and romantic suspense so popular, your detective could just as easily be a werewolf as a tall, dark and handsome stranger. Whenever you have relationships between your characters, there is the possibility of not just sex, but romance.

And when you look at suspense, it’s a short step into horror, and my writer’s general ‘what if’ mentality makes me lean naturally towards sci-fi. After all, if you’re constantly reinventing the present, why not take it one step further?

I was fortunate enough recently to read an advance copy of Stuart MacBride’s sci-fi standalone, HALFHEAD, a rattling good serial killer/police procedural set in a grim Glasgow of the not-too-distant future where convicted serious criminals are mutilated and lobotomised by the state and given menial jobs. It’s a darkly humorous and highly violent tale that I struggled to put down. And such is Stuart’s position that he’s been able to write this as Stuart B MacBride rather than going under a completely different name. I’m not sure what the ‘B’ stands for – Bearded, probably.

Certain types of sci-fi like this really appeal to me. They’re often crime novels but with a strong investigative element, which is complicated by the advances in technology brought about by the slightly futuristic setting. I’m not so enamoured of the interstellar travel angle, but books like Peter F Hamilton’s MINDSTAR RISING trilogy are largely crime thrillers, set in the UK after global warming, and featuring his gland-enhanced psychic private eye, Greg Mandel. In fact, A QUANTUM MURDER is a classic English country house murder mystery, in which a brilliant professor is brutally murdered during a violent thunderstorm which cuts off the house and its occupants from the outside world, and the only suspects are the professor’s apparently devoted students, none of whom seem to be lying. Add to that the semi-recognisable setting of Rutland Water, a nice mix of past and future technology, and a wonderful writing style, and you have a fairly addictive mix.

That same ‘what if’ question translates just as easily into sci-fantasy – a quest, a chase. It’s a thriller by another name. But, I’m pretty sure if I mentioned any of the ideas I have for sci-fi projects, or the supernatural/horror novel that’s been bugging me for years, I’d meet with stiff resistance. A new name would definitely be called for.

So, as a writer, are you tempted to step outside your chosen genre, and if you’ve tried it, what were the effects? How much do you feel you already mix genres in your current writing?

And as a reader, would you read outside your chosen genre if it was an author you already knew and enjoyed, even if the book they’d written was not the kind of thing you’d normally read?

This week’s Word of the Week is more of a phrase of the week, it’s force and fear, which is a Scottish term for the amount of constraint or compulsion which is enough to annul an engagement or obligation entered into under its influence.

And finally, here’s a link to a You Tube clip by Kseniya Simonova called Sand Animation. For those of you who haven’t seen it, it’s stunning, and a beautiful example of how the mind and the eye can be fooled. Apologies that I am too technically inept to insert a proper video clip ;-[

30 thoughts on “Outside the Box”