I was reading back over some old posts and I came across a remark made by Murderati’s own Alex S.  She asked me why I felt it necessary to put my characters through hell.  I put it down to my talent for disaster.  I am usually the catalyst for some small calamity to come my way.  Sometimes, it’s my own damn fault, but sometimes, I’m in the wrong place at the wrong time.  This trait reminded me of something that happened a fair few years ago.  A small incident led to something that had the potential for something much larger.

I used to race cars in England in the early 90’s.  I ran a pretty shoestring outfit and was forever wheeling and dealing to stay to stay in business.  Not all my sponsors paid me.  Some provided valuable resources I couldn’t afford.  One such resource was a truck to transport my car.  A company provided me with free use of a shiny new Ford Transit van.  Someone else lent me a trailer.  I used to drive to Staines to pick up the trailer in the Transit before each race.  Truck and trailer made me a pretty sizable obstacle and naturally people would be eager to get around me.  One lady pushed her luck a little hard at a roundabout.  She tried to sneak across me as I attempted to get off the roundabout.  We ground to a halt on the roundabout just shy of hitting each other.  The problem was we’d blocked all traffic on the roundabout.  The lady and I traded insults as it took us several minutes of maneuvering to get off the roundabout.  I went on my merry way.  The lady didn’t.  She drove up on my tail flashing her lights and honking her horn.  I was pissed off too, but I had the race on my mind and I like to be a little Zen in the run up to the race, so I ignored her.  The lady buzzing around my bumper lost interest and went on her not so merry way.

I thought that was that until after the race a couple of days later when my sponsor told them the police had contacted them about a road accident.  Being my supportive sponsor, they immediately handed over my details to the police.

The police officer assigned the case came for me a few times, but I was always away at a track when he called.  This wouldn’t have looked so bad if the officer made an appointment but he chose to arrive unannounced.  Eventually he caught up with me as I was unloading my racecar into my storage unit.  He asked for a word.  The word I gave him was yes.

He was a nice guy and I liked him.  He seemed to be a down to earth guy and very un-cop like with his attitudes.  He helped me lock up and we chatted about racing on the way back to my house.  In the living room, he asked if I knew about an incident.  I said I did and told him what happened.  He told me a different account.  I’d hit the woman on the roundabout, totaling her car and driving off.

“I beg your pardon,” I said and went to object, but he cut me off.  He cautioned me and read through a little of charges that included but weren’t limited to fleeing the scene of an accident, reckless driving, and reckless endangerment.  I was looking at a driving ban at the minimum.  This was a major problem.  A ban on the streets is a ban on the track.

I tried to protest.  If I’d hit the car, there’d be damage on the Transit and the trailer.  There wasn’t any.  If I had any doubts to the damages to the woman’s car, I caught sight of a Polaroid pinned to his file.  The car was caved in on one side.  The cop cut my protests short.  He needed my statement and I gave one.  It was obvious what was going on here.  This chick crashed her car on the way home, looked to someone to blame and chose me.

I talked and the policemen wrote.  He handed me the statement to sign.  Unfortunately, I wasn’t looking at a statement, but a confession.  Where I said I hadn’t done something, he wrote that I knowingly did, not just once, but all the way through the account.  I said we had a problem and policeman smiled and said, “Do we?”

“Must have been a slip of the pen,” he said.

Somewhere in the region of 25 slips in fact.

I don’t know if he knew I have difficulty reading or not.   He had met my mum a couple of times when he came looking for me and she might have said something about it.  If not, I’m not sure how he thought he was going to sail this one by me.  My mum was present and I had her read the statement aloud.  I had to cross out and initial “errors” throughout the document.  The policeman made no apology and left.

I didn’t agitate the situation by reporting the cop.  It was pretty obvious what he’d tried to do.  But I saw no point in raising the ire of a police department.  I already had this woman in the other car trying to screw me over.  I was pissed off, but I let it go.  If they got even trickier, I’d speak up.

Luckily, they didn’t.  The charges were dropped two months later.  It was hard not to.  For all the collateral damage done to the woman’s car, there wasn’t a scratch on the van and trailer.

Nevertheless, the situation bugged me.  It could have all ended differently—and badly for me.  I think I was most pissed off by the cop.  I’d totally misread him.  The upshot is that it’s a nice demonstration of why I put my characters through hell.  It might be fiction, but it has its origins planted in reality.

9 thoughts on “Out Of The Blue” 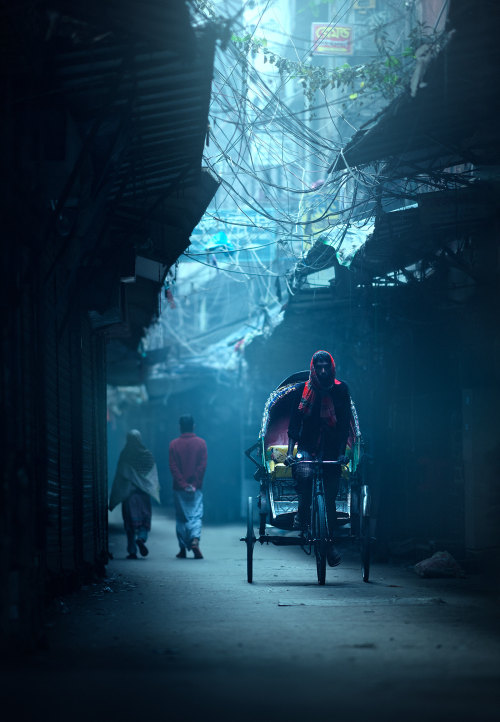