One does not ‘introduce’ Ian Rankin.  His name says it all.  I mean, really, what could I possibly add to that?  Nineteen Inspector Rebus novels, three Jack Harvey novels and scores of short stories – not to mention one of best damn television series around?  It’s been said a zillion times – and by far better scribes than moi.

Well, I could tell you that he’s wonderfully witty, charming and erudite – but you know that.  I could also mention that he’s broodingly handsome and that his dangerously mysterious eyes just drive me nuts (yes, even old broads like me can still feel the heat in them)-but you know all that too.

So let’s just get on with the interview before I melt away….

EE:  Ian – at what point in your career did you find it necessary to give up lawn bowling and get serious about writing fiction?

IR:  I’m not yet old enough to take up lawn-bowling… I started writing at a young age – I was in my teens when I started to get poems published.  I was twenty-five when I wrote my first Rebus book.  But it took a while for me to taste success.  I went full-time in 1990, by dint of moving to the middle of nowhere in France (I couldn’t speak French and had no chance of finding a job)  But it was 1997 or 98, with over a dozen books under my belt, when I started to make it onto the bestseller lists.

EE:  We’ve all got a bad habit or two, what are yours?

IR:  I have plenty of bad habits.  I am an irascible drunk.  I bite my fingernails.  I listen to progressive rock.  My diet is a disaster – I am a chocolate junkie.

EE:  But seriously, Ian – tell us, if you will – what you feel your biggest challenge is as a writer.

IR:  My biggest challenge as a writer…trying to make each new book better than the one before.

I guess that was a dumb question on my part.  Every book you’ve written is superb.  And then some.

EE:  Word on the street is that you and J.K. Rowling have discovered your etheral muses are in love and you’re both getting mixed signals late at night as you each work on your latest books.  Further rumor is that you’ve engaged a medium to break up the romance.

IR:  I haven’t noticed myself channeling Harry Potter yet, though it’s true that JK has said she may try her hand as detective fiction one of these days.  I live two doors down from Alexander McCall Smith, and I think that could make for some wierd from of cross-fertilization…   Mama Ramotswe meets John Rebus, no hold barred.

Uh, Ian?  Maybe we should talk about this?  Just think of the ticket sales!  The movie rights!  I’ll call you, okay?

EE:  Everyone has a Walter Mitty dream – what’s yours?

I can picture that.  You’re dressed in black…your guitar is silver…your hair is in your eyes…your…oh, yeah…I see it now…

EE:  Pardon me while I catch my breath here.  Uh, let’s see…okay, how about – what best selling book do you wish you’d written?

IR:  There are many books I wish I’d written, everything from Catch-22 to The Black Dahlia, The Big Sleep to Name of the Rose to A Clockwork Orange…

Icon’s all – and so is Rebus.  See?  I can be serious when it’s appropriate.

EE:  Where is your favorite retreat?  And what do you do there?

IR:   I suppose my office is my retreat.  I read and listen to music there.  And when I head out, I stop off at the Oxford Bar (same pub Rebus uses) to quench that eternal thirst.  Small pleasures.

Meet you in the back booth?  Same time as before?

EE:  Which writers would be on your ideal convention panel?

IR:  I’ve been on some great convention panels.  It’s always fun when Val McDermid or Mark Billingham is around.  Peter Robinson, Denise Mina, Larry Block…I like people who are down to earth with a sense of humor.

A panel like that would be standing room only!  Save me a seat in the front row, okay?

EE:  Is it true ‘The Belles of St. Trinians’ with Alastair Sim is your favorite movie?  Or, is it really ‘Bela Lugosi Meets a Brooklyn Gorilla’?

IR:  My favorite movies include:  Goodfellas, The Godfather,The Big Chill, Clerks, Gregory’s Girl…  I do like those St. Trinian’s flims though…all those skirts and stockings…are those films still legal?

Goodfellas? The Godfather?  Oh, yes – you are truly a man after my own heart!  By the way-sorry to say – the St. Trinian films have been banned now, but – uh, I know a guy who can get them for you.

EE:  Let’s talk about book tours.  Who would you just love to tour with?

IR:  I do like doing book tours with other authors.  How wild could it be touring with James Elroy?  James Lee Burke also sounds like a fun person to do some talks and signings with.  The problem, of course, is that his signing line would be longer than mine (in the USA, certainly, and probably elsewhere).  So the ideal person to tour with would have to be a beginner with no fan-base.  That way I’d get to be smug every time.

EE:  Steve Booth is being accused of exaggerating the dangers of walking his beloved Peak District to keep Starbucks and tourists away – and now – we hear that you are following this ruse with your new gorgerous book – ‘REBUS’s SCOTLAND’.  Isn’t it true this book is meant to discourage those hoping to see a dark, damp and dreary Edinburgh?

IR:  The entire Rebus series has been a thwarted attempt to stop people discovering the wonderousness of Edinburgh.

What??  You mean all this time we’ve been falling in love with Rebus you really just meant to keep us away??  Ohh..I feel so violated!

EE:  I don’t know if I can go on now.  But…okay…tell us then which writer would you like to have all to yourself in a cozy corner of the bar at the next Bouchercon?  Or, ThrillerFest?

IR:  A cozy corner in the bar… sounds like it would have to be a writer of the opposite sex.  I only ever get to see Laura Lippman at conventions, and then usually only for a quick gossip.  So maybe Laura.  But then the same is true of S.J. Rozan, Linda Fairstein, Kathy Reichs… So that’s just me and four women then.

Terrific choices.  But, uh…I was hoping that…  Well, nevermind.

EE:  Rumor seem to follow your every step – and the latest is that you are, in truth, John Rebus and not Ian Rankin.  Clear this up for us, okay?

IR:  I’m so unlike John Rebus it’s not true.  On the other hand, there’s a guy who drinks in my local bar and his name is Joe Rebus and he’s much the same age, build, etc, as John Rebus, so that is pretty wierd (I only met Joe after I’d written nine or ten Rebus books).  John Rebus would not like me if he met me.  Maybe he’s my Mr. Hyde…  Or (scarier thought) he may even be my Dr. Jekyll!

Hell, I’ll take all of you.

EE:  Whispers are rampant that you’ve stopped taking calls from Paris Hilton.  Is it because she claims you’ve fashioned Siobhan after her and she wants a bigger role in the next Rebus?

IR:  Paris wants everything bigger and more exciting.  I just can’t satisfy her any longer.  Siobhan isn’t based on anyone.  She’s also not as blonde as she appears in the latest TV versions.

Thanks for debunking that horrible rumor!  Whew.  It just killed me to ask you, but someone had to put a stop to her.

EE:  And finally, Ian – oh, how hard this is to ask (even more than the Paris saga!) – but…but…is it really true that Rebus’s chair has been stolen and the thief is threatening to list it on eBay unless you write him into the next book as the hero who saves Rebus’s life?

IR:  If Rebus’s chair were stolen, the lazy sod would lie on the floor rather than go buy a new one.  Me, too, come to that.  But I do write real people into my books all the time.  Problem is, they have to pay charities or the privilege – stealing my mate’s chair isn’t going to make me write anyone into my book…  And if they don’t like that, well, they can sit on it…and rotate.

That would – as they say – be a Kodak moment!

Many, many thanks to you Ian – for taking the time to be with us today – and for being such a great sport and a true gent.  And Rebus fans!  Mark your book buying calendar for Ian’s newest Rebus -THE NAMING OF THE DEAD out this October.

13 thoughts on “ON THE BUBBLE WITH IAN RANKIN”

Okay, this is totally cool. #iamageek 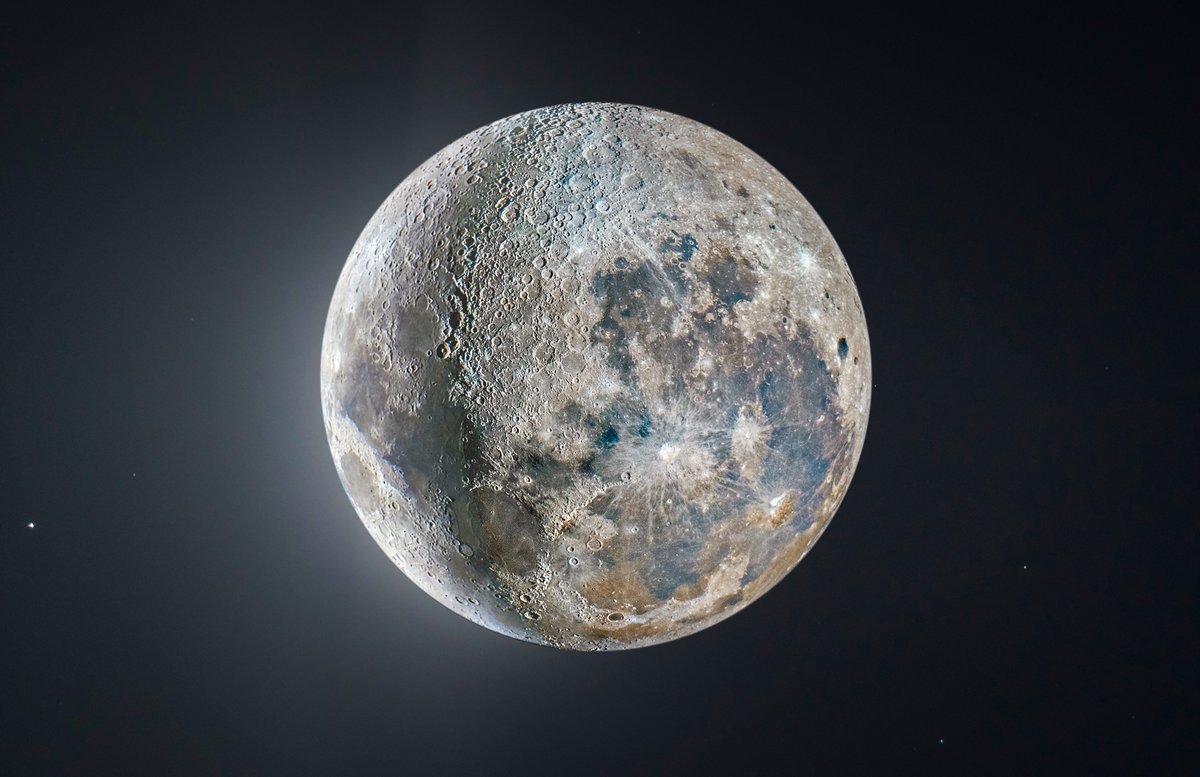 This image of the Moon is the result of combining approximately 1000 exposures taken with my telescope during different phases to show the full depth of its mountains and craters. One of my most detailed images yet!

I knew buying that resonator was a good move.