Hugest apologies for posting so late in the day. We have screwed up the schedule over at Lipstick Chronicles, so I’m now supposed to blog at both places on the same day, only I thought it wouldn’t start until NEXT Saturday, and have been on a cruise ship with seventy-five-cents-a-minute internet for the past ten days, and am currently en route from Anchorage to Newark.

So, not only am I late, but I’m going to double post the same thing I have up at LC.

Hope everyone is having a great summer so far, partied on the solstice, and will forgive me… My first plane is boarding right now, and I’ll try to catch up with comments in Seattle if I can get wireless access during the stopover. 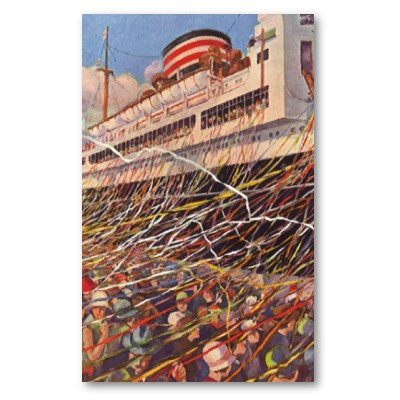 So I just finished my first-ever voyage on a boat (not counting ferries or dinghies or floatingish thingies that are inflatable and/or require what the sailor types in my lineage always refer to as “a nice breeze” to locomote). Which was pretty damn cool, I have to tell you. 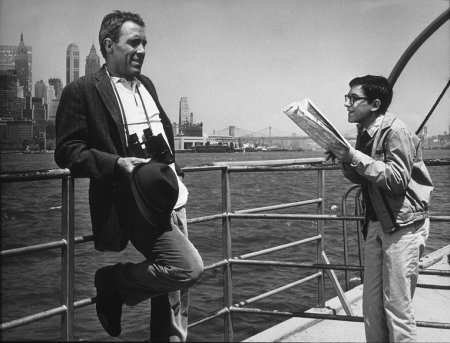 The trip was an enormo-prezzie to the fam from my mother, in honor of three of her grandkids having graduated from various and sundry schools this month. 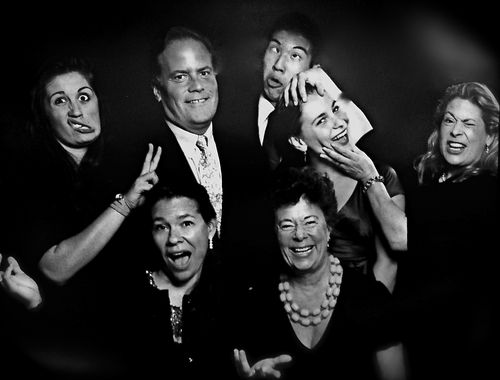 Mummie (hey, if you are a parent of the female persuasion and gift your offspring with splendiferous adventures of this magnitude, you deserve the classically haute-Mitfordian pronoun, right?) treated me, my sister, my sister’s husband, my eldest girl, my niece, my nephew, and two school pals of niece and nephew to the proceedings, which was damn fine and gobsmackingly generous of her. 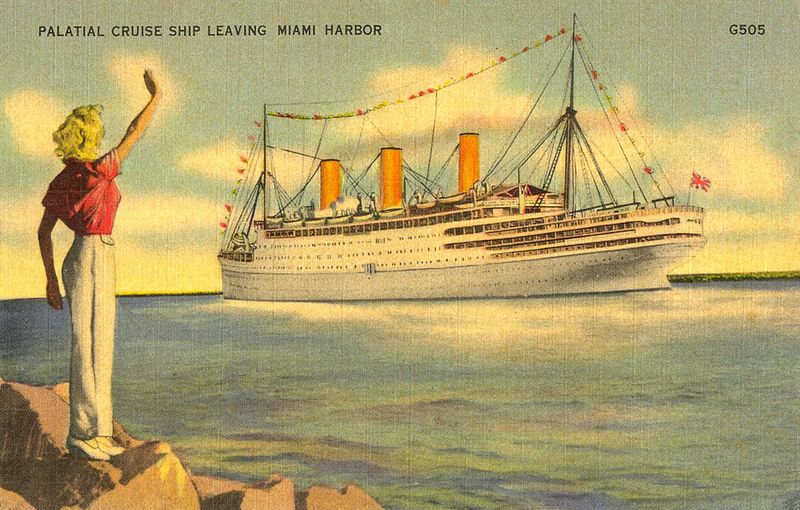 Mom does tons of awesome stuff for us all, and I don’t know how she comes up with the buckage for it. I think she subsists on cardboard soup and government-cheese fumes in between these stunning bouts of maternal largesse or something. Really. 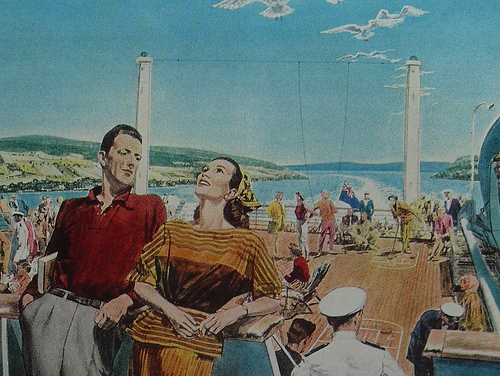 I have learned many things during my time at sea. Here are some of them:

1. If you are a woman who has two sons in the Navy, DO NOT let them take you drinking in Pearl Harbor, because you might wake up with a two-foot-tall tattoo of angel wings from your shoulder blades to your waist, even though the last thing you remember is being led into a room with all these weird pictures on the walls and one of your kids saying, “you can do Mom in the other room, me and my brother will stay together.” And then waking up with your nightgown stuck to your back, totally hospital-cornered into the guest bed so tightly you can’t move.

On the bright side, this woman’s sons did this to her because they think she IS a wonderful angel, and she already had a number of tattoos. And it’s really pretty (she showed us by pulling down her tanktop straps on the Denali Lodge shuttle bus, and also I saw her getting her formal portrait photo done on the ship). But still.

And hey, could be worse: 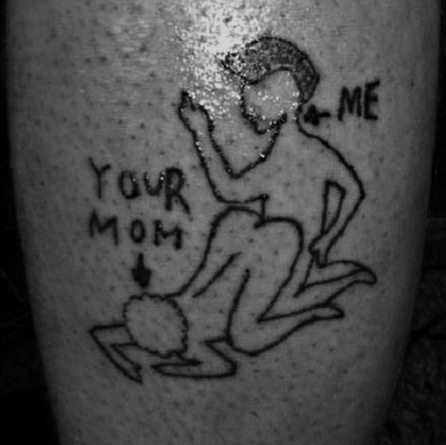 Although I think this one might be suitable revenge on the guy who did the angel wings tattoo at one’s children’s behest, if one were to, say, kidnap him and take him to a rival tattoo parlor, after nuking him with one of those Marlin Perkins Mutual of Omaha Wild Kingdom tranquilizer darts. 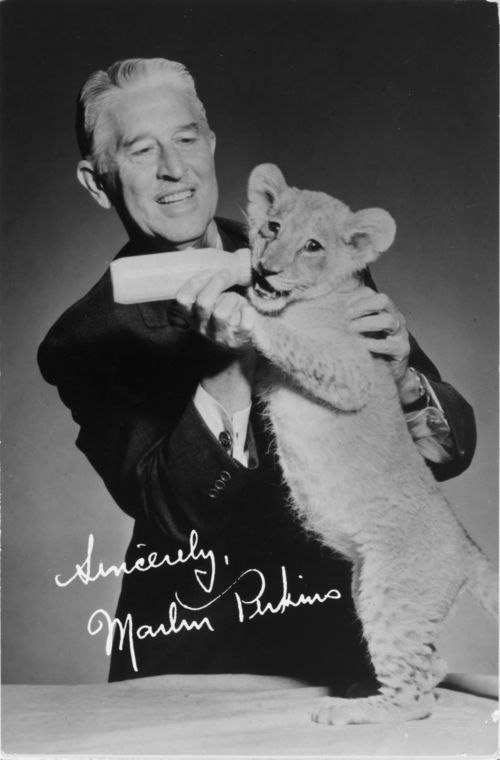 2. Go to the fire drill on the first day. Because you’ll want to know what to do if bad stuff happens. Which it so totally probably won’t, but still. Sometimes it does. And I say this because this is the ship my Grandmother Smith christened in the ‘30s. 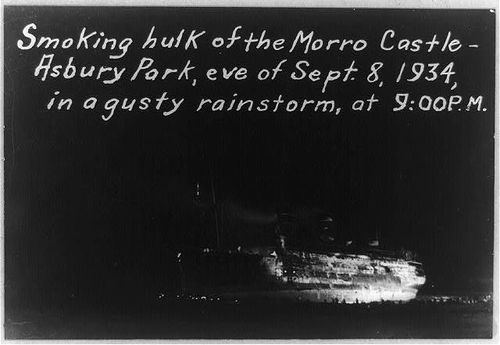 3. Bring stretchy pants. Because you will eat the entire side of a house at every meal. With ice cream on it. Probably flambé. 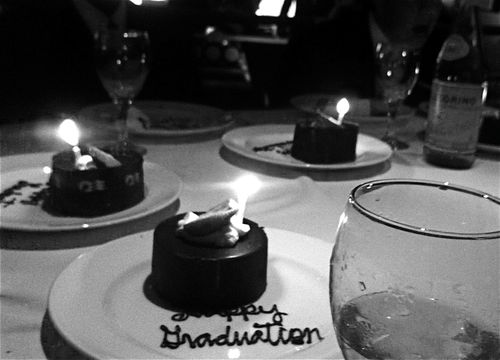 And then a couple of bowls of gravy and some chocolate mousse. And twice your pre-cruise weight in smoked salmon. 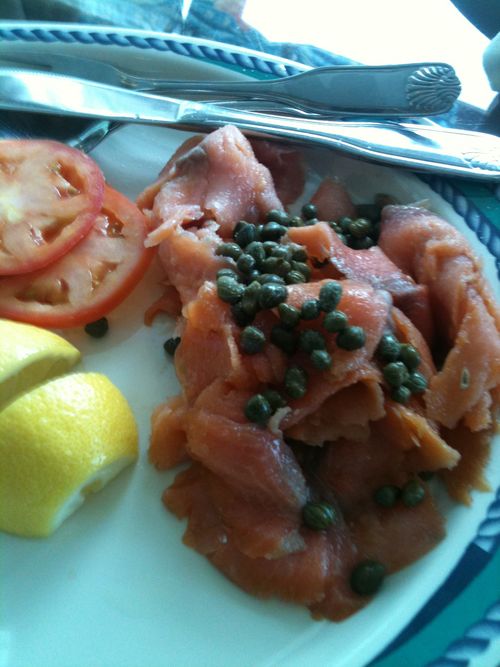 4. If you are bringing your own luggage to the departure dock, make sure that the guy you give your stuff to attaches THE TAGS FOR THE ACTUAL CRUISE LINE YOU ARE GOING ON to each of your bags (e.g., if you are going on a Princess Lines cruise, having the guy apply Holland America tags is a really, really bummer idea. 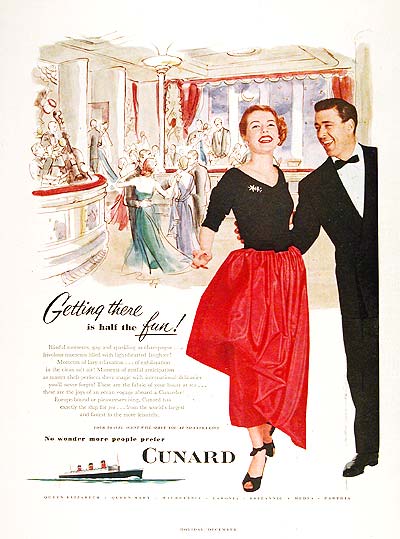 As you may have surmised, I speak here from personal experience.)

5. If you forget suggestion number four, be on a ship that has nice people working on it. Because you will need awesome, awesome people who will make it nice for you even though you are wearing the same clothes for three days (and totally feel like Immigration is going to send you back to fin-de-siecle wherever from Ellis Island–with “Scarlet Fever” chalked on the back of your itchy homespun-tweed shmatte where you can’t even see it–well before the Holland America boat decides to take its sweet time lolling into Juneau.)

The people on our ship made Gavin McLeod and Lauren Tewes 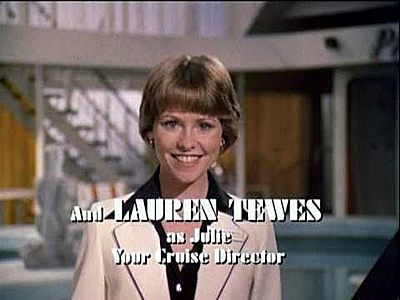 look like rank amateurs. Even though they only played captain and cruise director on TV and stuff (okay, I do admit I kept expecting to find Isaac mixing frothy/frosty day-glo libations in a blender behind the Lido deck bar, 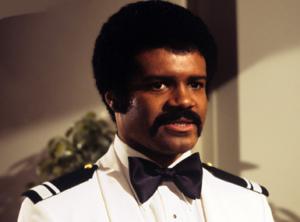 and to run into various bejeweled Gabors in the elevators. 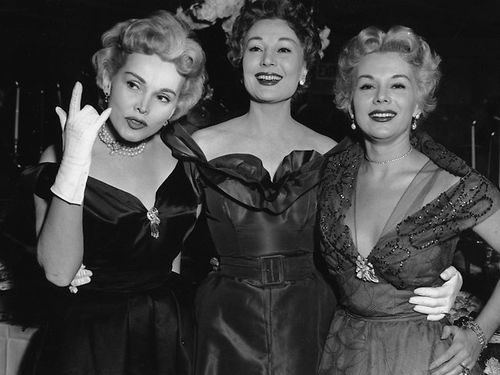 Or at least Paul Lynde or something.)

6. A lot of people end up crashing in Alaska from elsewhere. And their stories are pretty great. 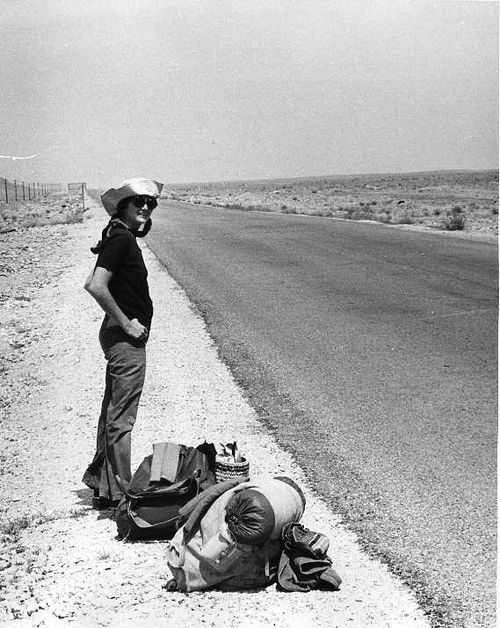 But here is a caveat from a tourbus person about the whole “there are five single men to every single woman here on The Last Frontier” thing:

“Sure, the odds are good. But the goods are odd.” 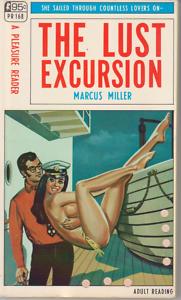 7. IMPORTANT SAFETY TIP: Do not let your fine-looking teenage daughter go party with the dudes who run the zipline for the rest of the day until the ship embarks after they send her whizzing along cables above the tree canopy for an hour and a half unless you want her to hang out with some guy named “Steve the ‘Stache” and discover an entire galaxy of body-piercings neither of you had ever envisioned in your wildest nightmares. Even though she is rock-solid on assuring me that she is not interested in any of them, but she got great pictures of them sent to her by Steve the ‘Stache over the last several days. Isn’t texting fun?

So even though I worry she might change her mind, which she insists she totally won’t, I did love hearing about the slightly exaggerated ruler (with witty disclaimer caption) the aforementioned Steve has reportedly had tattooed on his inner thigh–which had me doing spit-takes of mirth throughout dinner that night, every time I thought of it. Which almost makes up for the whole piercing-galaxy thing.

And, hey, she just got another text from Steve the ‘Stache. Who is a mere eleven years older than she is.

9. The legal smoking age in Alaska is nineteen, which becomes an important thing to know if you have recently decided on a whim to buy each of the three kids in your traveling party who just graduated from high school his or her very own sixteen-dollar Arturo Fuentes Hemingway Classic from the ship’s cigar bar. 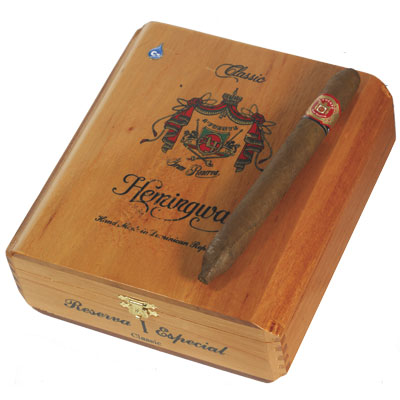 Like, especially if you have just told the bar-server chick who’s kinda-sorta in charge of the place for the evening that your young companions are all eighteen. Whether or not they are actually, uh, seventeen. Allegedly.

Not least if the bar-server-chick-k/s-in-charge-of-the-place-for-the-evening only remembers that the smoking age in Alaska is nineteen after you’ve helped your young companions set fire to said trio of sixteen-dollar cigars.

Though it is rather fine to finish smoking your respective Hemingway Classics on the fantail of the Promenade deck at midnight when it’s the longest day of the year, still totally light out, and you happen to be sailing through a really groovy-looking fjord in Alaska. Just saying. 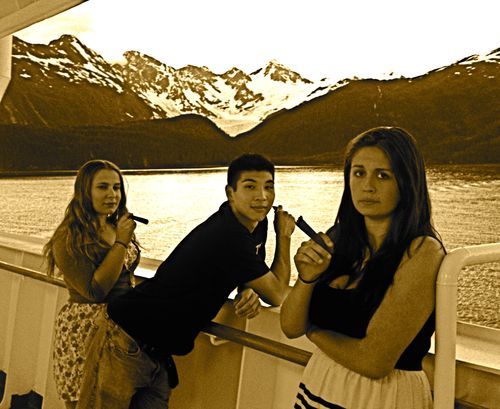 Especially when you and your three young smoking companions can sing all of the verses of Lonely Island’s “I’m on a Boat” from memory, afterwards.

[DISCLAIMER: My young traveling companions are all really nineteen. I have intimated that they were underage merely for humor purposes. They were slow learners and all held back for a year in grammar school. Cross my heart and pinkie swear. And I didn’t let any of them sample my rocks glass of Scotch, either. Because, let’s face it, a fine single malt is, like youth, wasted on the young.]

10. Pack your sleeping pills, your toothbrush, your deodorant, and a change of undies in your carry-on bag. 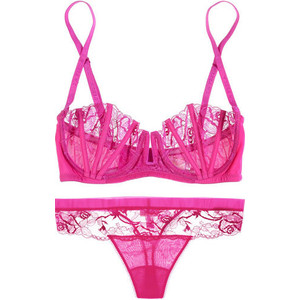 Even if you didn’t sleep at all the night before you flew to Vancouver because your writing group is on California time and you are Skyping in from the Upper West Side of Manhattan to hear what they thought of your second draft–which means 8 p.m. for them is 11 p.m. for you, and doesn’t leave you a whole lot of sleeping time by the end of the session before you have to get back up again.

Because despite that stuff, all-nighters are no excuse for stupid. Or crappy packing.

11. The long-term parking lots for the Newark Airport are actually located in Western Pennsylvania. So you’ll want to get up at 3:30 and not 4:00. Even if you didn’t sign off with your writing group until 1 a.m. And this is especially true if Air Canada’s ground crews are on strike. But I’m pro-labor so it was worth it to leave earlier. 12. Douglas Adams was absolutely correct when he posited that “no one has uttered the phrase ‘as beautiful as an airport.’” Especially when it’s in New Jersey and you’ve been awake for circa forty-eight hours.

(I will spare you an illustration.)

Although he might have reconsidered if he’d been admiring the interior design of the Vancouver Airport for two hours from a bench next to the baggage claim. It’s pretty great.

(But, you know, still an airport. Not, like, a splendid afternoon in the Bois de Boulogne or the view across Florence from Fiesole at dawn or whatever.)

13. Denali (AKA Mount McKinley) is REALLY FUCKING BIG. And I say that having trekked to the base camp on Annapurna. 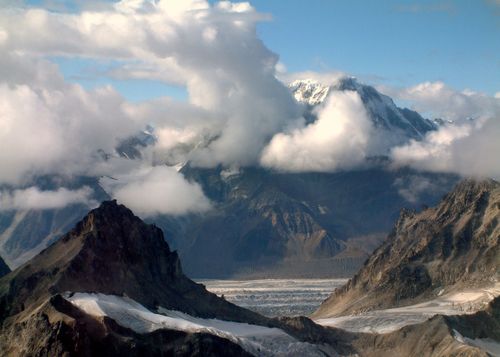 Trust me, the Himalayas are totally pussified by comparison. 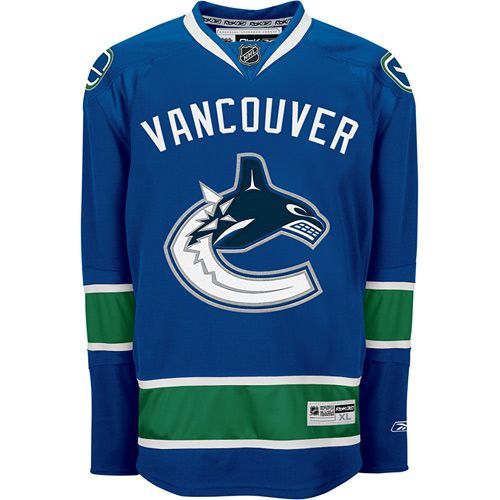 14. I make a habit of dancing once a decade. I recommend doing this on a cruise ship. I just did. It was totally great. Especially when me and my niece’s pal dragged my mother out onto the dancefloor for “We Are Family.”

Unfortunately, I have not yet figured out how I’m going to post them. So here’s a nice lady on a ship waving goodbye, instead: 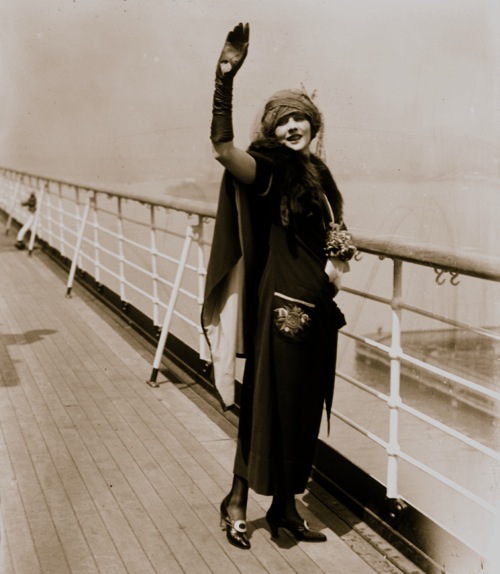 Tell me about a trip that you loved… And please forgive me if I don’t check in very often the day this is posted–ten-hour flight back to the East Coast, and spotty internet…