Last year, I had an email from my New York editor, informing me that one of his friends was coming to Galway to study for a year and would I look out for her

Clifden is a beautiful small village about 50 miles from the city centre and it perched on the Atlantic, it still has all the old flavor of Ireland as it used to be, horses on the street, tinkers selling their wares, one bookshop and fifty pubs ……….. oh and one church

I asked Pat Mullan, the thiller writer and great friend to come along

Megan, the girl, I was to look after brought along another American friend and they asked me

“What does ‘Jesus wept’ mean?”

Before my reading, Pat stood us a round of Guinness and Megan asked

“You have a pint before?”

“Before, during and after.”

I had warned Megan to bring rain wear and she said

“How do you know it will rain?”

I told her the shite we pedal to visitors

Save you get drenched

She’s a New Yorker and gave me the look, said

“I’m beginning to think you’re full of it.”

But as most of the audience had been having hot toddys they were happy enough, a woman asked me

“Did you ever think of writing a happy book?”

After, we dashed to a great old pub with a roaring fire and three musicians with

We’d just sat down and a man approached, asked if I was K. Bruen

I agreed and he said

I went to Trinity with you

So I did what you do

Invited him to join us

He was, he said

When he went to buy a round

Megan got a job in Charly Byrnes Bookshop, just about one of the finest independents in the country and reminiscent of Sylvia Beachs in those fabled legendary days

There was a book launch on the Friday and I took Megan, first person we meet is Roger, a friend of mine for over 20 years and I kept distracting him everytime Megan asked him what he did

Finally, he told her

She stared at me, asked

“Hello, what’s with you and gynos?”

Must have been two months later, I was out for a quiet drink with a childhood friend and Megan appeared

She looked great, had an Irish boyfriend, a job as a columnist on a local paper, the bookstore and her studies

My friend gave her that Irish look, said

“Why on earth would you think that, I’m a psychologist.”

When we were leaving, it was lashing down and Megan looked at me, she was wearing a T-shirt, said

7 thoughts on “Of Books and Gyno’s”

Every Picture Tells a Story No. 3777: #photography #photos #inspiration

@GeoffThorne @jonrog1 This is a pretty standard motion, sometimes granted, sometimes not.

@RonFilipkowski Ah yes, and do we remember the child mortality rate before vaccines? 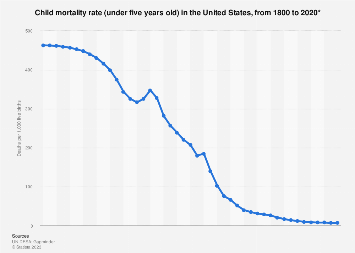 The child mortality rate in the United States, for children under the age of five, was 462.9 deaths per thousand births in 1800.

@TPPatriots Hahahaha. Someone said yesterday that the Rolling Stone article would cause an upsurge in caravan stories...