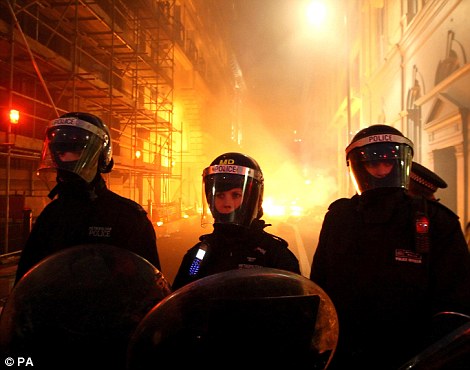 My Wild Card Tuesday interview with film director Kevin Lewis this week emphasized the fact that a screenwriter more often than not has to rewrite his work based on elements completely out of his control. Like new story comments provided by the myriad of producers involved in a project, or the actors, or the director, or financiers. A character becomes young or old and changes race or sex depending on what actor receives the submission, and that often depends on the relationships the producers have with the kind of talent that can green-light a film.

A screenwriter has to be prepared to work in a new idea at a moment’s notice, and that means tossing out previous story points that don’t gel organically with the new material. Often, to make a new idea work, old ideas must be excised. Completely. A favorite scene or piece of dialogue suddenly doesn’t belong, and it’s not going to belong, no matter how you try to justify it. When you leave these bits of tissue on the bone you create a Frankenstein from the cannibalized parts of incompatible monsters.

But this isn’t restricted to screenwriting alone. We go through the same process with our novels. Sometimes we get into the last third of our book and realize that a major plot point doesn’t work. We have to establish something new and rework it, thread-by-thread, from the very beginning. And we know what needs to be done. We might not want to toss the good stuff, but the fact is, it’s no longer relevant. Sometimes, as they say, we have “to kill our babies.”

Sure, we can fool ourselves for a while. As long as the manuscript stays in our hands, we can assume it’s perfect. That’s why we need trusted readers to tell us the truth. People who aren’t tied to previous incarnations of the story. People who can say, “Why did your character do or say THAT?” If our answer is something like, “Well, you see, in an earlier draft I had this hot air balloon fall on his house, and I liked the way he always looked for things to fall from the sky after that, and…” then you know you’re holding onto something that has no place in the new story you’ve chosen to tell.

Of course, if you really love something and can find a way to work it in organically, go for it. But, more often than not, it’s a brush-stroke meant for a painting that doesn’t exist.

I’m thinking about these things because I’m doing another pass on GRINDER, probably the final pass before the script goes back to actors. This draft addresses feedback we’ve received about elements that make the story confusing to the reader. And there is one fundamental story point that I’ve always loved, but it has managed to polarize the people who champion the project. There’s a change I’ve wanted to avoid making, but now that the success of the project hangs in the balance, I’ve had to find a way to make the change in a way that benefits the story. And what I’ve discovered in the process is that the new change strengthens the story’s themes and helps create a stronger resolution.

Once the decision was made, it became necessary for me to put the old subplot out of my head. Eliminate it from my thoughts. The director–Kevin–and I both loved the old subplot, but we also see the need to sacrifice it for the greater good of the story. The only thing left for us to do was to accept our loss and MOVE ON. Because what’s ahead is actually better, as long as we don’t try to force old story elements into the new idea. I’ve done that before with GRINDER, incorporating scenes from previous drafts, scenes that everyone liked and wanted to see realized, and it didn’t work. Each major rewrite required that I reinvent the story, and, in doing so, old scenes had to be tossed. And only then did the script begin to take shape.

What’s great is that the story is strong enough to adjust to the changes. The new ideas don’t deter from the story’s themes, but strengthen them. Stripping out the previous subplot helped identify a larger problem, and the new ideas helped solve it.

It’s amazing how things really aren’t done until they’re done. It’s true, I jump through fewer hoops when I’m writing novels. But that’s not necessarily a good thing. GRINDER has benefited from the many eyes that have scanned its pages. But my willingness to listen, borne from years of receiving project notes on dozens of writing projects, combined with my experience on the other side, as a development executive, is the key element that keeps me attached to the project on the one hand, and helps me to improve it, on the other.

In the end, the reader/viewer won’t miss the missing scenes. They don’t know what existed before. What they’ll see is a finished product, and it will either work or it won’t.

So, there’s really nothing to see here. Best just to move along…

11 thoughts on “NOTHING TO SEE HERE, MOVE ALONG…”