Mark your calendars: the new Ellie Hatcher novel, ALL DAY AND A NIGHT, will be out June 10 in the US and July 3 in the UK.

What’s it about, you ask?

When psychotherapist Helen Brunswick is murdered in her Park Slope office, the entire city suspects her estranged husband – until the District Attorney’s Office receives an anonymous letter. The letter’s author knows a detail that police have kept secret: the victim’s body carried a signature used twenty years earlier by Anthony Amaro, a serial killer serving a life sentence. Now, Amaro is asking to be released from prison, arguing that he was wrongly convicted, and that the true killer is still on the loose.

Ellie Hatcher and her partner JJ Rogan are tapped as the ‘fresh look’ team to reassess the original investigation that led to Amaro’s conviction. The case pits them against both their fellow officers and a hard-charging celebrity defence lawyer with a young associate named Carrie Blank, who has a personal connection to the case. As both the NYPD and Amaro’s legal team search for certainty in years of conflicting evidence, their investigations take them back to Carrie’s hometown, and to deadly secrets left behind.

I won’t tell you how it ends, but I will tell you that on the back of the book, you’ll see these nice words,written by some people you may have heard of:

“I’ve been a fan of Alafair Burke from the very beginning and, ten books in, she just keeps surprising me.” —Michael Connelly

“Spring loaded and razor sharp, All Day and a Night is a surprising and compelling thriller. But Alafair Burke has given us something more gripping than just a crime novel. Her story is about women, their drive, their compassion, and their public and private battles for success and acceptance.” —Ivy Pochoda, author of Visitation Street

“A masterfully plotted, psychologically complex thriller, Alafair Burke’s All Day and a Night raises larger questions about the choices we make, the mistakes we can’t undo. Whip-smart and emotionally deft, it delivers all the way through its final pages.” —Megan Abbot, author of Dare Me

Please help me get the book off to a good start by pre-ordering your copy now. Your early support is so appreciated.

Anyone else crying? #Delaware

@welliver_titus @Connellybooks Love it. I think he was reading the same text thread as me. ❤️ 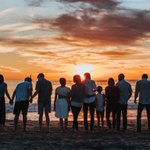 I keep picturing him hitting refresh on his Paperless Post rsvp page.

Reply on TwitterRetweet on TwitterLike on Twitter11Twitter
Load More...